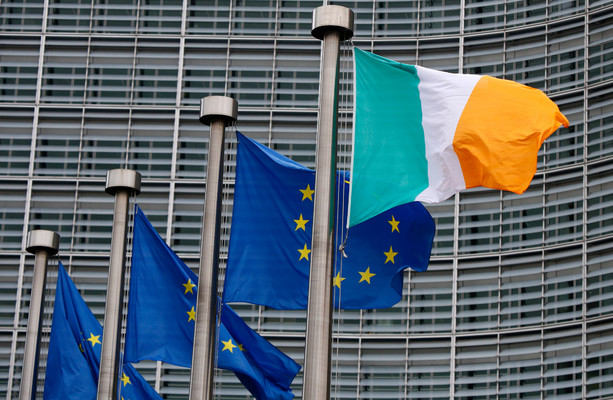 50 years after Ireland voted to join, what is the relationship between the two?

50 YEARS AGO, Ireland voted to join the EEC, or at least that’s what the EU was called then.

Having faced more challenges in recent years than at any time in its history, the EU appears to have a united front following Russia’s invasion of Ukraine.

In this post-Brexit union, it looks like Ireland is rising to the contribution challenge and deepening its relationship with Europe, despite fears that UK withdrawal could lead to a move away from the union state. .

It therefore seemed appropriate to us that for this anniversary, The newspaper turns its attention to Ireland-EU relations for this month’s topic on The Good Information Project.

The 1972 referendum which proposed Ireland’s membership of the then European Economic Community (EEC) resulted in the highest turnout to date in Ireland. A record 70.88% of the electorate went to the polls with Ireland joining on 1 January 1973. 83% voted in favor of joining.

In recent years Ireland has moved from being a net recipient to a net contributor. Until 2013, Ireland received more funds than it contributed to the EU. Since 2013, however, Ireland has become one of the highest contributors per capita. In 2018, Ireland’s contribution was the second highest of all Member States per capita.

In general, the Irish seem to be happier than most other Member States in terms of optimism about the future of the EU.

A 2022 Eurobarometer report for Ireland showed that 88% of respondents were optimistic about the future of the EU. 71% said they had a positive image of the EU, which was the highest among Member States, well above the EU average of 44%.

81% of Irish respondents said they were satisfied with the way democracy works in the EU, compared to a European average of 56%.

However, Ireland seems to be an exception most often in terms of attitude towards the EU. For example, in a more general Standard Eurobarometer survey, only 32% of respondents in France said they trusted the EU, compared to 63% of Irish respondents.

This same report showed that more Irish participants trusted the EU (63%) than they trusted the Irish government (50%).

As of January 1, 2022, the Irish language has become an official and working language of the European Union, which means that all official documents must be translated into Irish. It also allows MPs and other officials to address parliament in Irish.

Ireland has undergone immense changes, both socially and economically, over the past 50 years, many of which have been attributed to the state’s joining the European Union.

Laws that have become standard in Ireland, such as those relating to employment and equality which protect workers’ rights, began as EU directives. For example, the right to at least four weeks of paid annual leave per year as well as maternity and parental leave protections are the result of EU legislation.

Efforts to reduce emissions and become carbon neutral are also in the hands of the EU.

A Standard Eurobarometer survey conducted between January and February showed that the most important issue facing the EU at that time was climate change (26%).

As a result of its membership, Ireland has emission reduction targets in place.

In 2019, two of Ireland’s seats in the European Parliament were won by members of the Green Party, up from zero in 2014. This marked a shift among the general population and young voters towards the importance of the fight against the climate change.

Although it was carried out before the invasion of Ukraine, the survey also showed that 77% of Europeans were in favor of a defense and security policy common to the Member States.

Ireland has long retained its status as a neutral state; however, the debate has resurfaced in recent months with the invasion of Ukraine. In an unprecedented move, the EU announced that it would finance the purchase of arms and other equipment for Ukraine.

Foreign Secretary Simon Coveney said Ireland’s contribution would go to the “non-lethal” elements of the package and would not fund arms. Taoiseach Michael Martin said it would be unthinkable for the EU not to send arms to Ukraine.

This month, The Good Information Project examines the EU and its relationship with Ireland, how the EU works and explores how our membership is valuable to Irish people while providing facts and information to help make the most of the benefit from our membership in a shared economic and cultural union.

What would an ideal European Union look like? And what would it take to make it a reality?

Over the next few weeks we will be looking at all of this to see how the EU is working for Ireland.

We want to hear from you

The newspaper launched The Good Information Project with the aim of engaging readers to dig deeper with us into the key issues affecting Ireland at the moment.

You can stay up to date by signing up for The Good Information Project newsletter in the box below. If you would like to join the discussion, ask questions or share your thoughts on this or other topics, you can find our Facebook group here or contact us directly via WhatsApp.

This work is also co-funded by Journal Media and a grant program from the European Parliament. Any opinions or conclusions expressed in this work are those of the author. The European Parliament has no involvement or responsibility for the editorial content published by the project. For more information, see here.

Getting a Fair Deal • The Registry