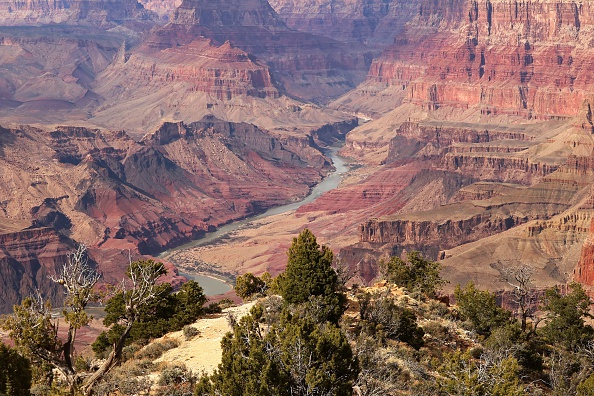 Years of hot, dry conditions and growing populations in the Southwest have resulted in painful reductions in water flow allocations from the Colorado River to Arizona, California, Nevada and Mexico. Based on a 1920s multi-state pact, the Department of the Interior is sounding the alarm when river reservoirs fall to extremely low levels, leaving states with no choice but to drastically reduce their water consumption, limiting the consumption of agriculture, industry and citizens.

Currently, whatever water one state gets, another can expect to lose. And each state has its own body of water law that generally prioritizes historical withdrawal patterns. This set of laws is important, but unfortunately times have changed. Perhaps we should look at some past experiences with extreme water scarcity and consider institutional changes that might make things better for people in the dry southwestern states.

What if, for example, there were clear pathways for an Arizona community to profit from replacing the plans for its beautifully maintained new golf course with a “browner” one and selling water lost to Californian farmers? Or, instead of a water district paying homeowners with tax money to plow their lush lawns — the largest “irrigated crop” in America — homeowners could sell lawn rights to other users. who likes water more?

As things stand, there is no institutional arrangement that allows one state or a large water consuming entity to trade with another. There is no regional market where water rights are priced or otherwise valued in a way that takes full advantage of economic incentives to balance demand with diminishing supply and pays for creative means of conservation .

Water scarcity in the West is nothing new, and the current situation and its inevitable mandates have been a long time in the making. Fortunately, there are lessons from the past to consider. People facing other water scarcity situations have managed to transform perpetual crises where no one wins into situations similar to those we use to manage other scarce resources like land, labor and the capital.

Consider the Ruhr River basin at the end of the 19th century. At the time, the river flowed through the most industrialized region in the world, an area centered on Essen in East Prussia. Coal, steel and chemical production predominated. Population growth had exploded. Heavy industrial discharges and periods of drought and low river flows created water shortages and typhoid epidemics.

Industry and community leaders have decided to do something about it. In 1899 they formed a reservoir association, and in 1913 they incorporated the river and formed the Ruhrverbanda river basin association empowered to manage all aspects of the use of the river.

Indeed, the new association becomes the owner. He first added dams and reservoirs to alleviate the low water situation. It then set the prices for any withdrawal from the river, whether for consumption or industrial purposes. It sets the rates for discharges into the river according to the chemical and biological characteristics. Revenue paid to improve the river basin. Discharges known to be harmful to fish and other aquatic life were not permitted at any cost. Over time, flows became more reliable, and the nearby river and land became more valuable assets.

The King of Prussia then encouraged the incorporation of other rivers. Competing river basin associations charged prices for their own water withdrawal and use. Competition among river managers has led to water quality innovations that have reduced the cost of improvements and increased water supply for all users. Typhoid problems ended.

Now let’s move on to the 20th century and the Ohio River. Like the Ruhr, the region contained growing industrial towns and cared little for sewage and industrial discharges. Cincinnati’s protests downriver went unheeded until outbreaks of gastroenteritis spread upstream. In 1948, with congressional approval, the Ohio River Sanitation Commission was formed, bringing cooperation and coordination among the eight member states. The river bloomed.

Is Biden putting obstacles in the way of the implementation of his program? Harris skipped her homework on abortion and the Constitution

What about a desert river like the Colorado? Its water is too precious to be treated as a common-access resource where those who get there first get the first dibs, or where rigid command-and-control rules for sharing can’t keep up with reduced flow and population. booming. If reductions in allocations are to be made, why not create a stronger incentive for water users to reduce their consumption themselves or pay another user to do so?

The Colorado River Multistate Basin forms a biological unit. It is high time to form a corresponding political-administrative unit. Lessons from the past can help improve the situation and make scarcity a prelude to abundance.

Bruce Yandle is Distinguished Fellow of the Mercatus Center, Distinguished Senior Fellow of the Center for Property and Environmental Research, former Executive Director of the Federal Trade Commission, and former Senior Economist of the Presidential Council on Wage and Price Stability.