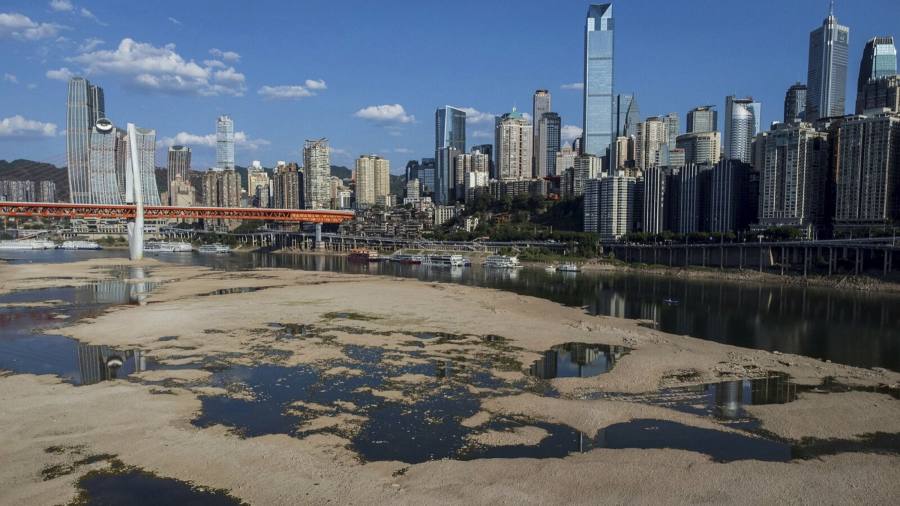 Factories at a standstill, devastated crops, freighters forced to carry smaller loads and millions of people facing the risk of blackouts – these are just some of the dramatic consequences of the record levels of rivers during droughts in the United States, Europe and now China.

In the United States, historic lows in water levels in the critical Colorado Basin following the Southwest “megadrought” prompted the federal government to ask the states of Arizona and Nevada to reduce their water allocations by 21 and 8% respectively during the year. to come, in an order from the Bureau of Reclamation last week.

In China, companies such as Toyota and Foxconn halted plant operations for at least a week as hydropower shortages worsened. Sichuan province relies heavily on hydropower, and the vital Yangtze River, Asia’s longest river, hit its lowest level on record in August. Shipping along the country’s most important waterway has also been affected.

Europe continued to suffer as unusually hot and dry weather lowered the level of the critical Rhine, a major artery on which industry relies across Germany, Switzerland and the Netherlands. Freighters have had to reduce their loads, which has led to increased transport costs and delays in the supply chain. A limited respite was expected this weekend, with rain expected in some areas.

“Flowing from the Swiss Alps to the North Sea, the Rhine is an important shipping route for many commodities, from grain to chemicals to coal,” the European Space Agency said. “When water levels drop, freighters have to sail with a reduced load, so as not to run aground.”

A severe drought in Italy has hit the agricultural sector, with the economically important Po river reaching unusually low levels.

There are many types of droughts, agricultural or hydrological, which are complex events that cannot always be definitively linked to climate change. But their impacts are becoming more pronounced, with prolonged periods of unusually hot and dry weather, and associated low water levels, being recorded in many places around the world this year.

In alpine regions, when glaciers melt, the warming effect is amplified because the darker arid rock that is exposed absorbs heat from the sun instead of reflecting it.

“Droughts are not very easy to define and not all droughts are the same,” said Liz Bentley, chief executive of the UK’s Royal Meteorological Society. “A changing climate is likely to lead to greater rainfall variability and higher temperatures, which means water management may become more difficult.”

In the United States, the decades-long drought has seen states like California struggle to restrict water use for several years. This year, water levels in the Colorado Basin, a crucial resource for states like Nevada, Arizona and California, have prompted authorities to warn of hydropower shortages causing blackouts.

“The prolonged drought afflicting the west is one of the most significant challenges facing our communities and our country,” Tommy Beaudreau, deputy secretary of the U.S. Department of the Interior, said in a briefing this week. last.

“The growing drought crisis is being driven by the effects of climate change, including extreme heat and extreme rainfall,” he said, adding that about 93% of the western United States is experiencing drought. drought or abnormally dry conditions.

Camille Calimlim Touton, commissioner of the Bureau of Reclamation, said the system was “nearing a tipping point,” which was forcing basin-dependent states to drastically reduce the amount of water they use.

The world has already warmed about 1.1°C from pre-industrial times and will continue to warm for some time even if every country reaches net zero greenhouse gas emissions tomorrow, a report says of the United Nations scientific body. 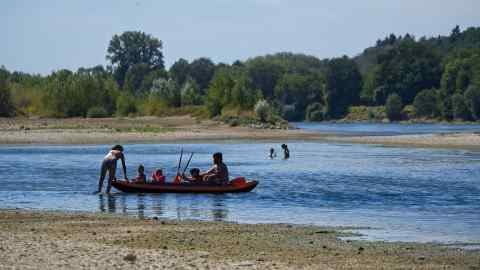 Global infrastructure and national economies are expected to continue to struggle to cope with the costly consequences of the extreme weather that scientists predict as a result.

The observed changes in the jet stream have contributed to heat waves, wildfires and drought in the northern hemisphere, while the unusual phenomenon of post-La Niña weather conditions has led to flooding and unusual cold weather. for the season in the south, with flooding in Australia and South Africa. In New Zealand last week, around 1,200 people were displaced by torrential rains.

Estimated global insured losses from natural disasters in the first half of 2022 were $35 billion, 22% higher than the average for the past ten years, reinsurance group Swiss Re said earlier this month. The group said the effects of climate change were evident in increasingly extreme weather events.

“The severe weather events of the past six months once again highlight natural disasters. . . are increasing in frequency and severity in all regions,” concluded Martin Bertogg, Head of Catastrophe Risk at Swiss Re.

Curious about the FT’s commitments to environmental sustainability? Read more about our scientific goals here