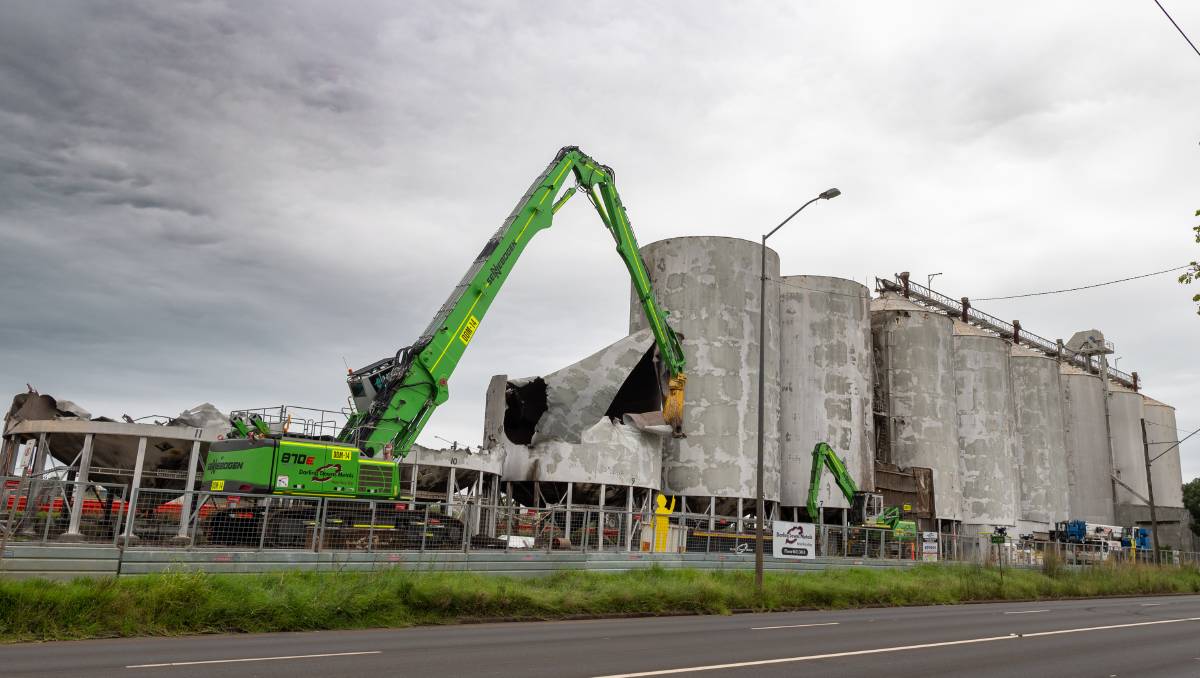 The grain elevators that once dominated part of the Anzac Avenue skyline in Toowoomba have been demolished.

Workers dismantled 10 of the 11 steel structures over the holiday season, starting on Christmas Day and ending on Monday.

The remaining silo will be covered with a mural in the same way as the silos in Yelarbon and Thallon.

The 7,000 mÂ² site, which includes hangars and other infrastructure, was purchased by Keneco Property in 2018 and leased by Kennards Hire.

â€œThe silos have been dormant for several years and present a potential risk to the safety of our community,â€ said Mr. Bisset.

Mr Bisset said that in consultation with the council they had found a way to secure the site while preserving a piece of local history.

â€œThe remaining silo will be refurbished with a view to having a beautiful piece of wall art painted on it by a local artist,â€ he said.

“The intention is for the mural to capture the spirit and resilience of the Toowoomba community while seeking to attract visitors to the area by recording the silo painted with the Australian Silo Artwork Trail.”

To celebrate the history of the site, multimedia items including photographs, videos and pieces of the silos will be donated to various local groups should they wish to receive them.

For decades, grain from all over the region had been stored and loaded at the site.

The site was sold by Grainco to GrainCorp in 2003.

Once located in a semi-rural setting, it became evident that Toowoomba’s urban growth had encroached on the site to the point where GrainCorp needed to find other areas for grain storage and loading.

With GrainCorp investing in two neighboring sites at Brookstead and Malu, it was decided to cease operations in Harristown in 2015.

Darling Downs Metals director Paul Frasle said he was happy with their progress.

“The sensitive part of the operation has been completed and we are now moving to the clean-up of the site,” said Mr Frasle.

“With the road and rail nearby, there was a little bit of pressure, but it went really well.”

He said more than 550 tonnes of steel from demolition would be recycled and reused.

â€œThe project is 99% recyclable because it is mainly steel and a little copper. The only things we can’t recycle are nylon buckets.

Mr. Frasle and his team used a 120-tonne Sennebogen 870E material handler, one of only two in the world.

â€œThe demolition area we are working in is very specialized and this machine is very unique,â€ â€‹â€‹he said.

“It is specialized for the long range – nine stories or 20 meters high. It takes the person out of the risk area.”

Working from top to bottom, the operators used the machine’s shear attachment to peel the belts from the silos and empty them into bins below.

The scrap was then transported by truck to Darling Downs Metals headquarters in Toowoomba.

The work is expected to be completed on January 14.

Kennards Hire will continue to have a site-wide lease and will likely be used as a storage and display area for additional equipment.

Want to get daily news highlights delivered to your inbox? Subscribe to Queensland Country Life bulletin below.