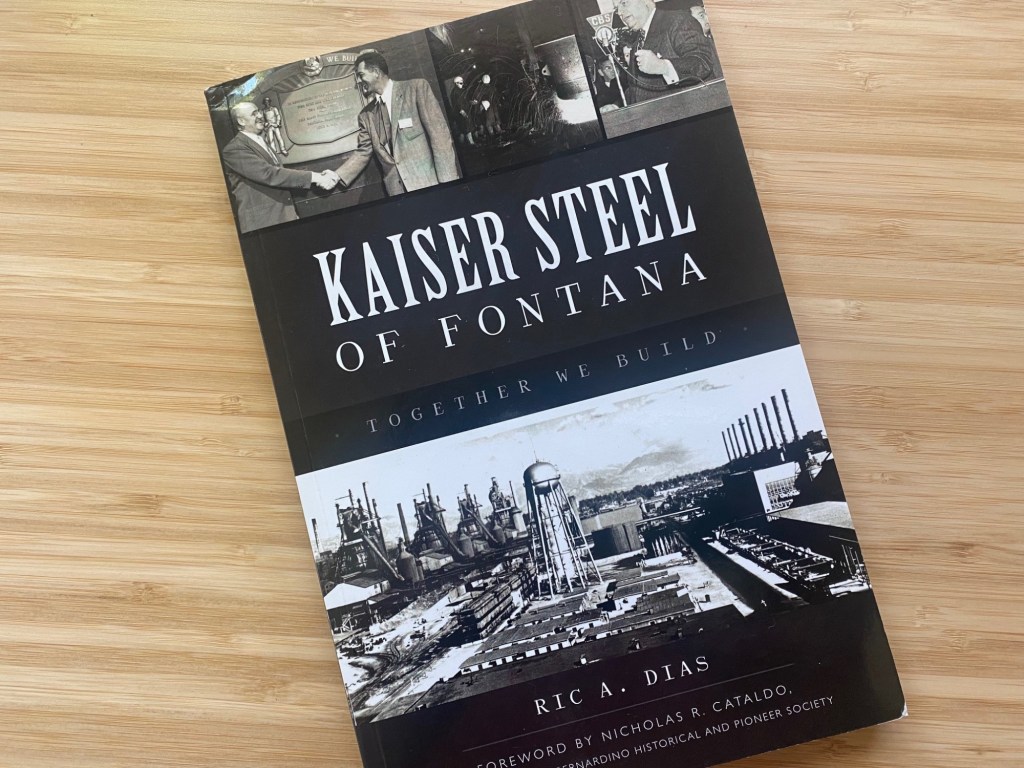 Historian Ric A. Dias, author of the recently released book “Kaiser Steel of Fontana: Together We Build”, has several presentations planned in the Inland Empire about the book and the history of Kaiser Steel.

In his presentations, Dias will discuss the successes, failures and limitations of Henry J. Kaiser’s career.

When Kaiser announced plans to enter the shipbuilding business during World War II and mass-produce steel in what was then the small farming town of Fontana, experts were shocked, according to a Press release. But “Miracle Man Kaiser” built a steel mill in record time, and it produced over a million tons of steel for the war effort.

Dias, who grew up in northern California, attended graduate school at UC Riverside where he learned about the history of Kaiser Steel. He earned a doctorate in history in 1995 and since then has been a professor of history at Northern State University in Aberdeen, SD

Dias has written several articles on Kaiser Steel, as well as a book and articles on Californian engine manufacturer Hall-Scott. He owns a 1951 Kaiser automobile.

“Kaiser Steel of Fontana: Together We Build” is published by Arcadia Publishing and includes a foreword by Nick Cataldo, president of the San Bernardino Historical and Pioneer Society.

The book costs $21.99 and will be available for purchase at all three showings.