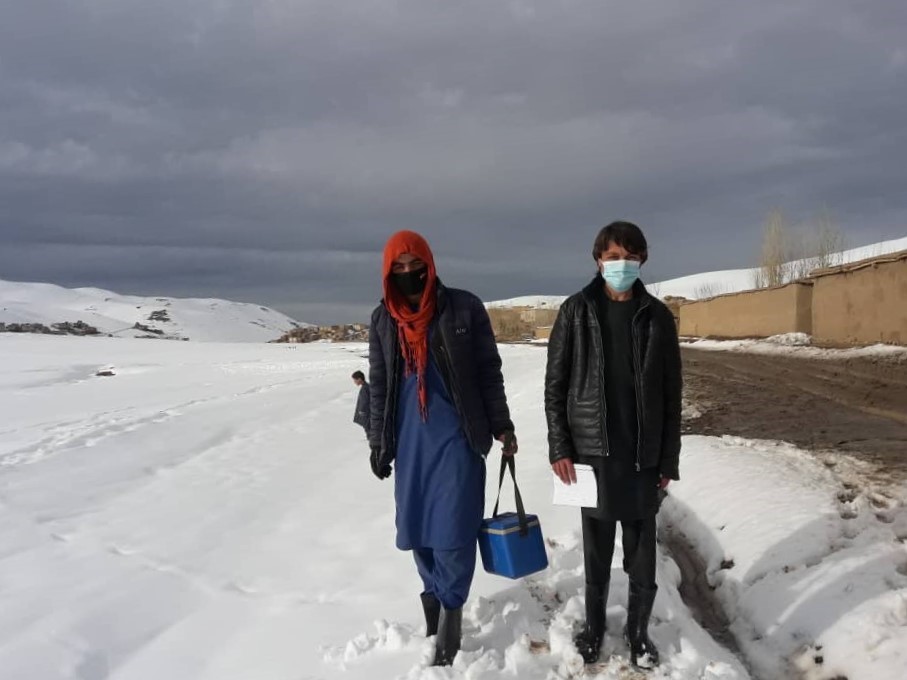 This week, we highlight how contributions to the WHO are providing health services and supplies to snow-covered refugee camps, and vaccines to flood-prone areas threatened by cholera.

Read on for more details on all these stories:

In the middle of winter, the WHO appeals for help to save the collapsing Afghan health system

Polio workers in Afghanistan. ©WHO

WHO urgently calls on international donors to find other ways to fund Sehatmandi, Afghanistan’s largest health programme, which lost its main funding last August after the Taliban took control of Kabul and is increasingly unable to provide vital primary health services.

“The recent funding hiatus… will result in the closure of the majority of public health facilities. As a result, more mothers, infants and children will die from reduced access to essential health care,” said WHO Representative in Afghanistan Dr Luo Dapeng. “WHO is committed to working with partners to identify a durable solution.” 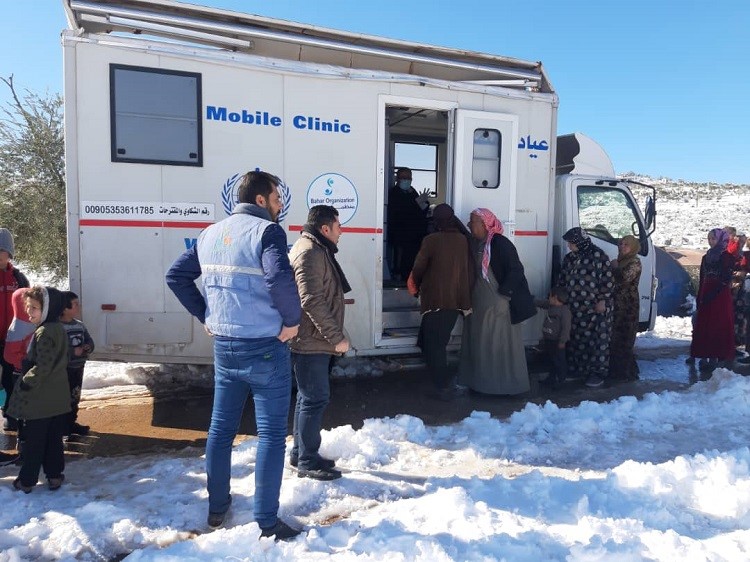 The WHO recently launched an appeal for Syria. ©WHO

WHO and partners have deployed emergency health services to northwestern Syria, a conflict zone where some 4.4 million people are trying to survive a harsh winter with too little fuel, heating , medical services and other essentials. The area includes dozens of storm-damaged camps that house more than 88,000 people displaced by the country’s long conflict.

In January, Syria received nearly 4 million doses of COVID-19 vaccine from Italy, over 150,000 doses from Japan and over 381,000 doses from Spain. Donations went through COVAX. Syria has struggled to vaccinate its population amid conflict, economic decline and harsh weather conditions. 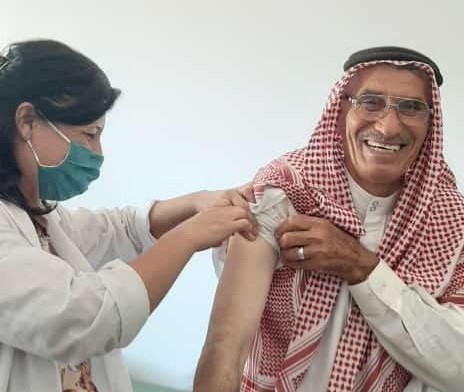 The European Union and its member states are the world’s largest donor of COVID-19 vaccines so far, having shared more than 350 million doses. Above, a vaccination in Syria. ©WHO 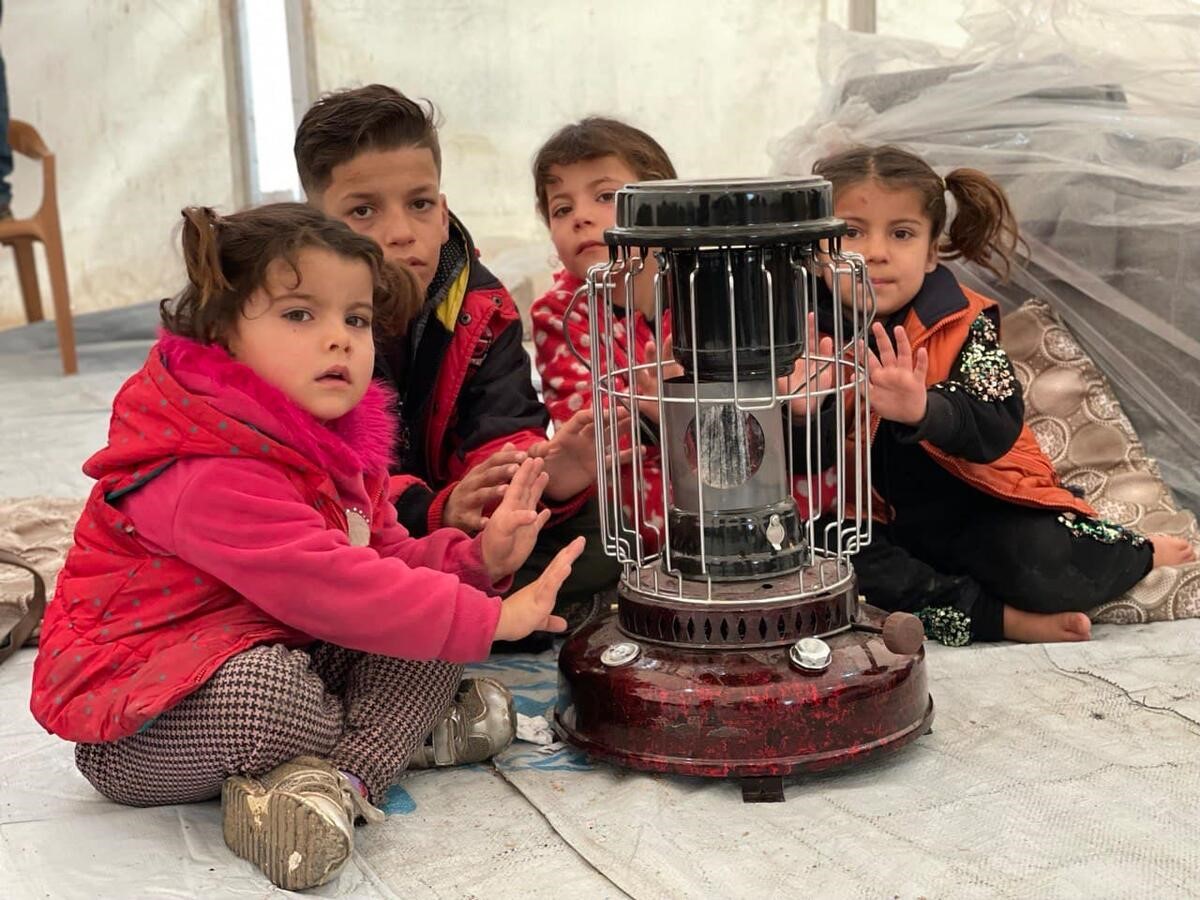 The shipment of 117 pallets, worth more than $2.5 million, included medical devices, hospital equipment and personal protective equipment for health workers. The supplies have arrived just as Iraq battles its fourth wave of COVID-19.

The Kurdistan region hosts nearly a quarter of a million Syrian refugees and more than a million internally displaced Iraqis, many living in camps in freezing weather.

The delivery was made possible by donations from Germany, Kuwait and the United States.

“This delivery of emergency medical supplies will make a difference in the quality and quantity of health care services provided in our health facilities,” said Kurdistan Region Health Minister Dr. Saman Barzangy. “Hundreds of thousands of people will now be assured better access to essential and emergency healthcare services, including COVID-19 treatment.”

Vaccination against cholera has arrived at the Bentiu camp for displaced people. ©WHO South Sudan

Flooding in South Sudan has created the conditions for a cholera outbreak. With the help of WHO and its partners, more than 200,000 people have been vaccinated to avoid catching this dangerous waterborne disease.

Local officials said outbreak risks were compounded by congestion in camps for the displaced and lack of access to clean water and sanitation.

“Thank you to all our partners, especially WHO, for all the support, including the provision of vaccines to ensure our people are vaccinated against cholera,” said Elijah Makuei, Director General of the Ministry of Health. of Unity State. 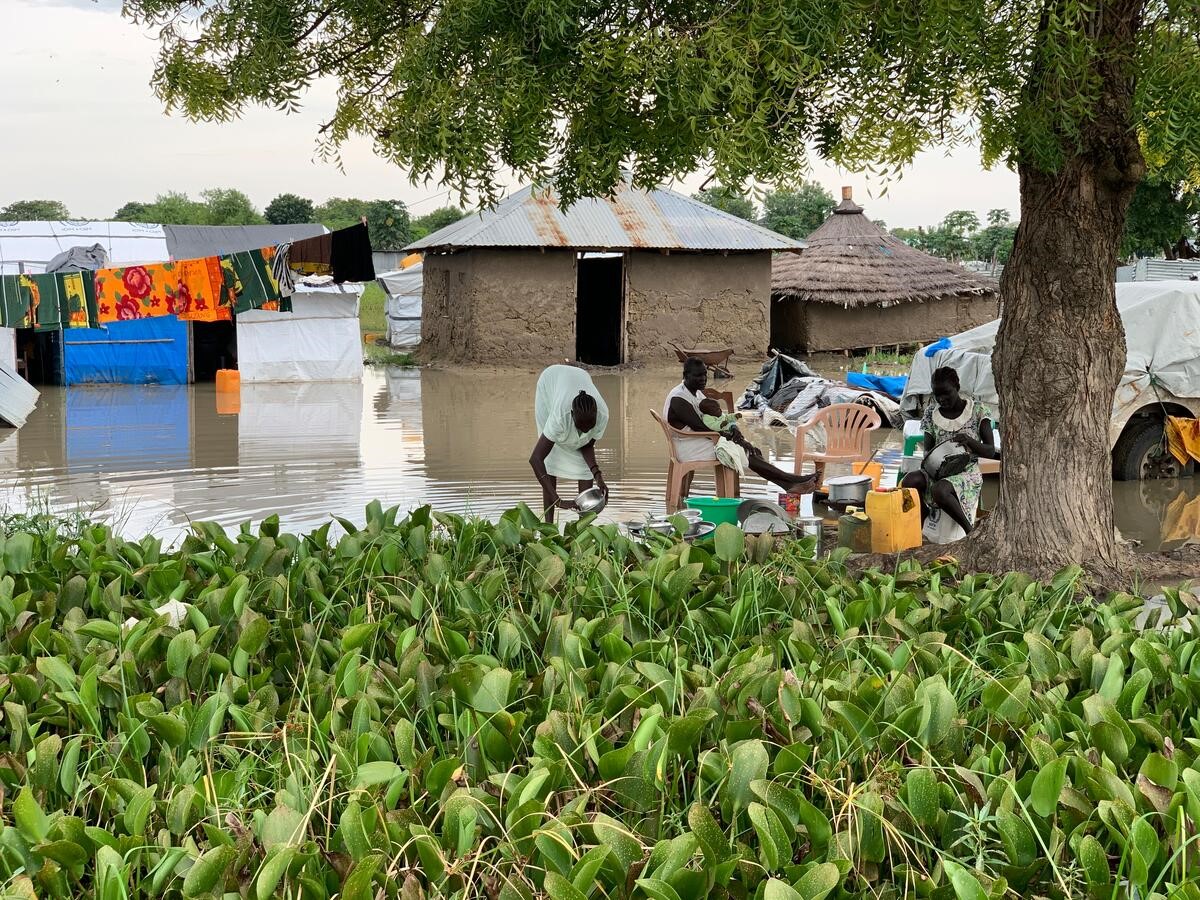 A flooded camp for displaced people in South Sudan. @UNHCR 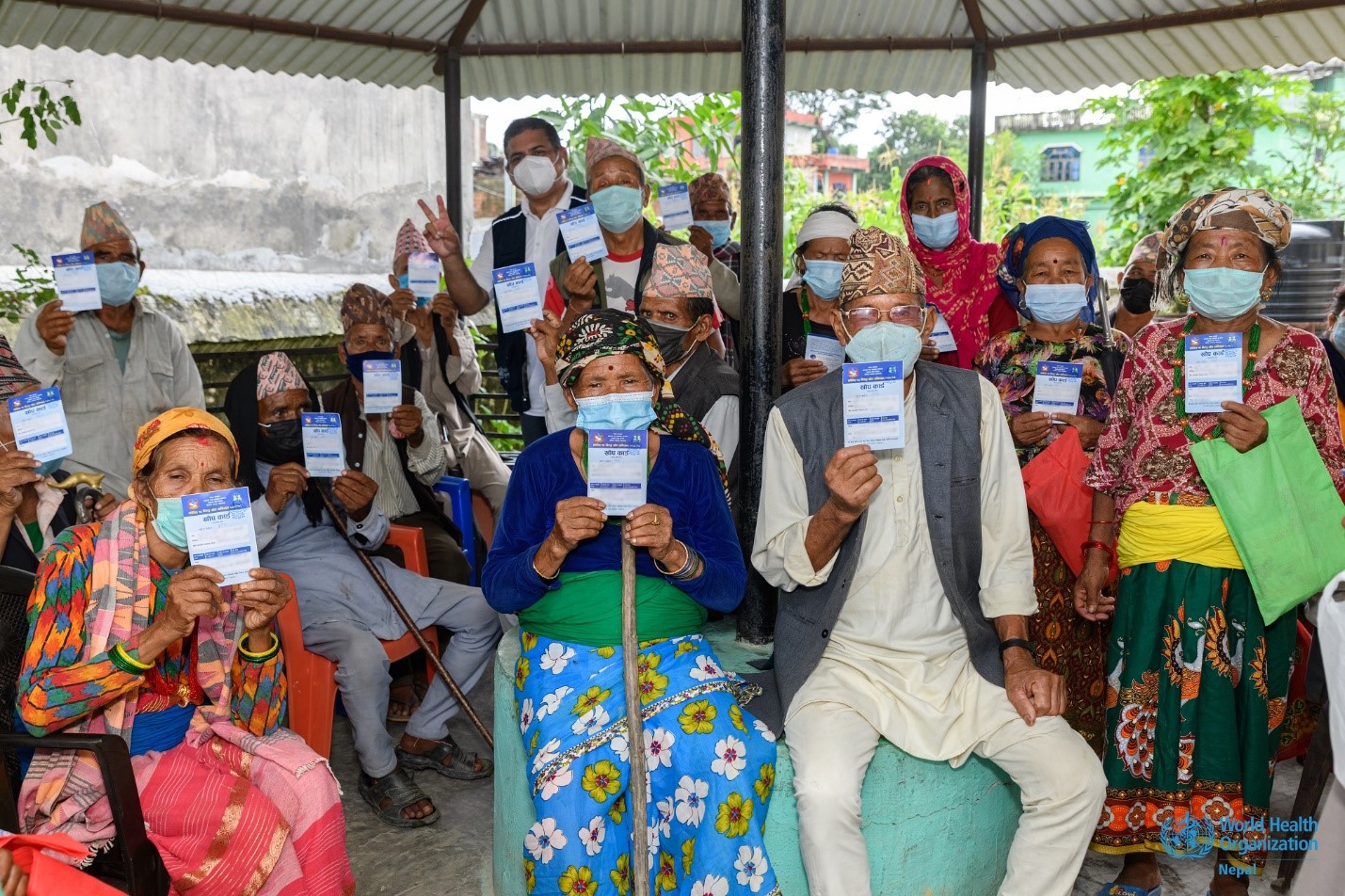 Newly vaccinated in Nepal. ©WHO

On January 16, Nepal announced that it had fully vaccinated 40% of its population against COVID-19. Now the country is working towards the next WHO vaccination target – 70% by the middle of this year.

WHO officials applauded Nepal’s commitment to the project and credited health workers for struggling in difficult terrain to bring vaccines to the country’s most remote areas. 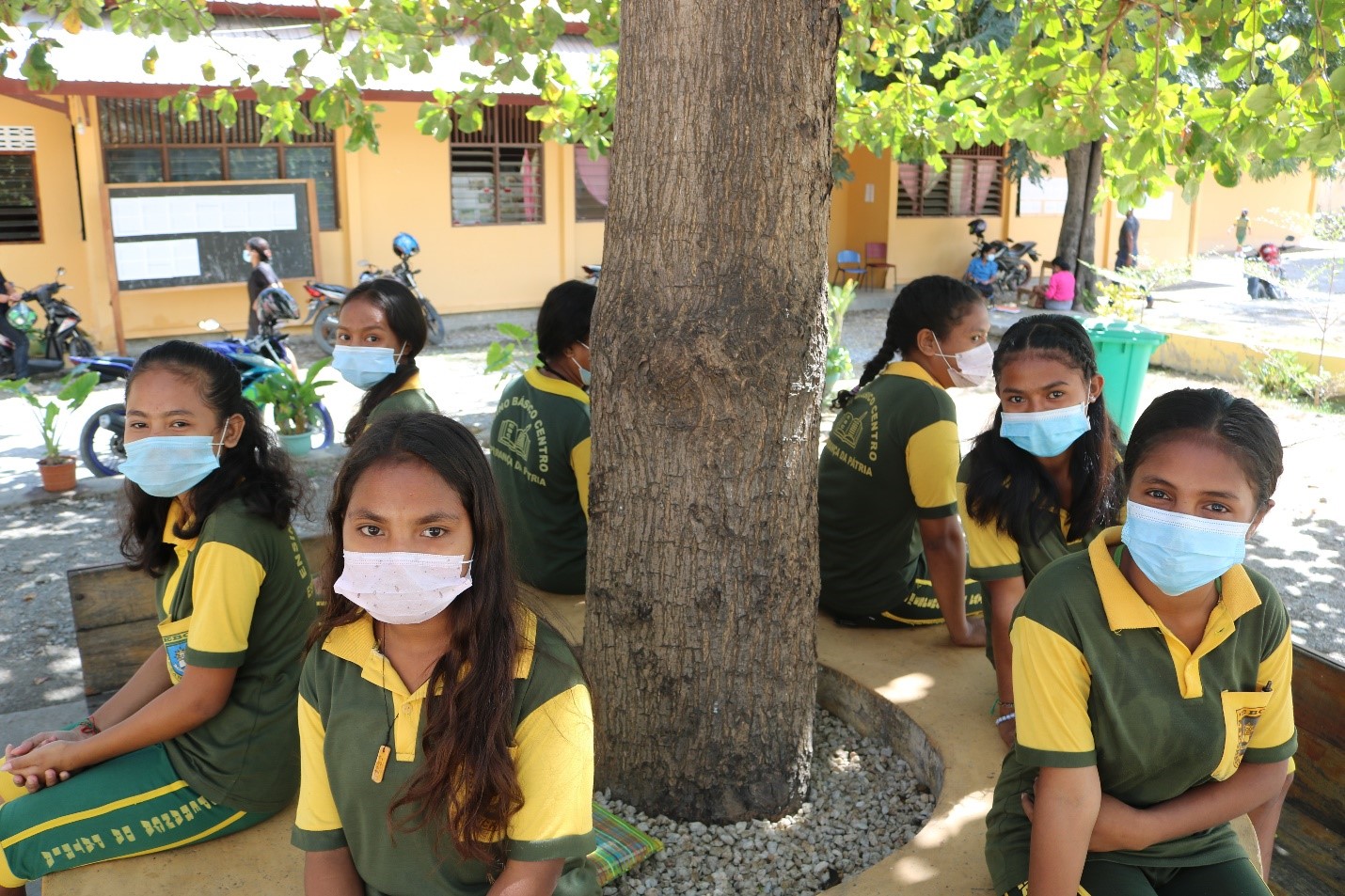 Funding of nearly US$3 million from the European Union is helping to mount a comprehensive response to the pandemic. The money will be used to build Timor-Leste’s capacity to test for COVID-19, detect and monitor cases and related activities.

“The EU’s partnership with the WHO will help the Ministry of Health to step up its public health efforts and better protect people,” said Andrew Jacobs, European Union Ambassador to Timor-Leste. 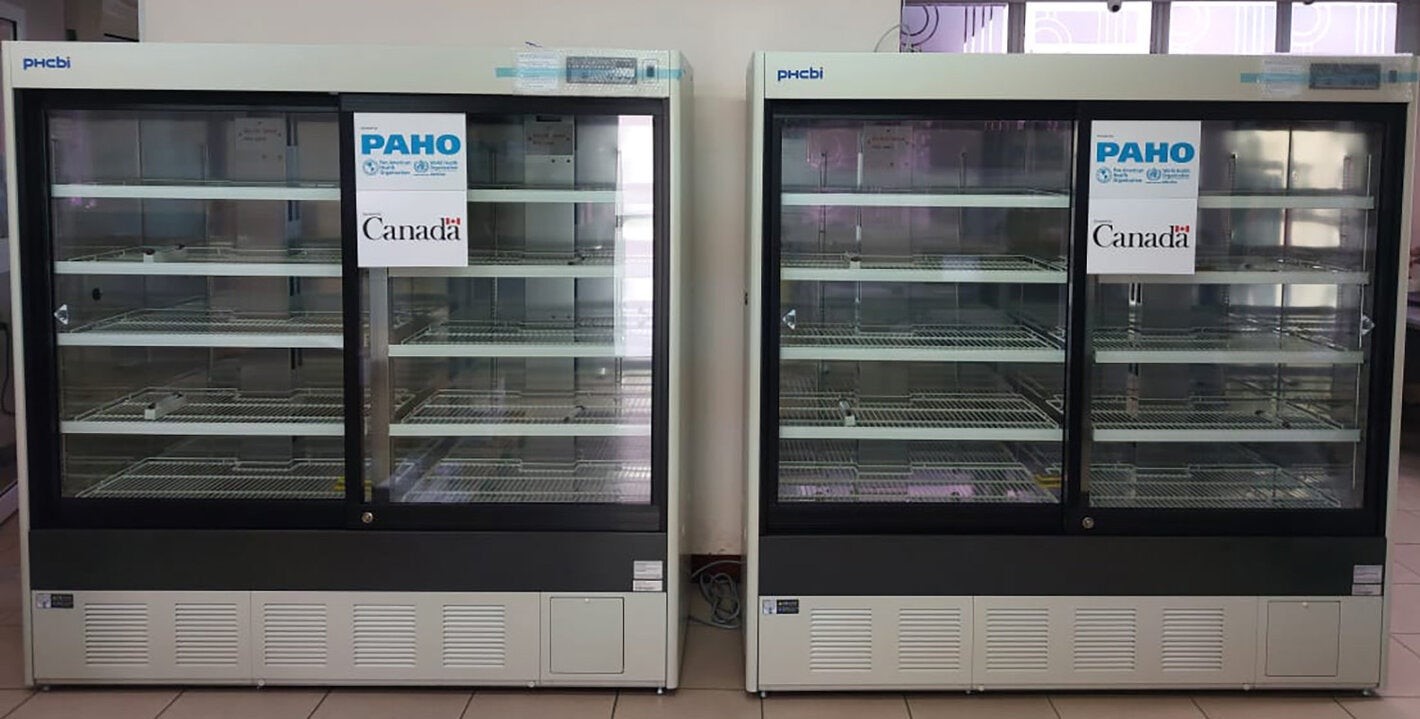 New vaccine refrigerators in Suriname. ©WHO

New defibrillators arrived in Belize and new vaccine refrigerators in Suriname, thanks to contributions from Canada. Defibrillators will help manage COVID-19 patients with heart problems. The two specialized refrigerators and a freezer will allow Suriname to have more storage capacity for vaccines, essential for vaccination campaigns.

Find out how WHO is helping countries around the world strengthen their health systems to deliver health for all through a primary health care approach.

WHO thanks all governments, organizations and individuals who have contributed to the response to COVID-19 around the world since the beginning of the epidemic, and in particular those who have provided fully flexible contributions, to ensure a comprehensive fight against the disease. sickness.

Member States and other governments since 2021: