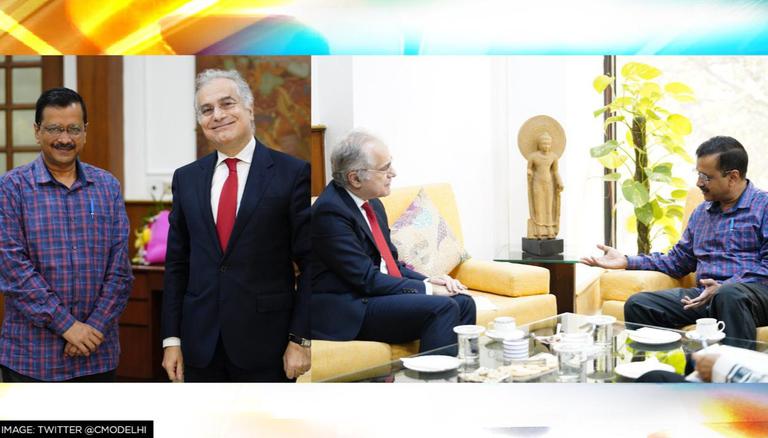 European Union Ambassador to India Ugo Astuto met Chief Minister Arvind Kejriwal on Monday and they had a healthy discussion on the handling of COVID-19 in Delhi as well as the current pollution situation, according to an official press release.

Delhi’s chief minister told the ambassador that the Delhi government has done a solid job of curbing the spread of COVID-19 and serological surveys suggest the national capital is largely safe if people take precautions .

“There is no new strain of the virus. Almost 50% of the eligible population is fully vaccinated and about 90% have received at least one vaccine. We are working quickly to vaccinate everyone,” Kejriwal said in the communicated.

Kejriwal said he is constantly monitoring trends in COVID-19 and monitoring any situation where the charts may appear to be increasing.

Astuto appreciated the efforts of the Kejriwal government to maintain control of COVID-19 across Delhi.

The chief minister was keen to understand Europe’s experience with the recent increase in COVID-19 cases and asked the ambassador for his contribution to protect Delhi from a similar scenario.

The ambassador said much of it depends on the vaccination rate, and ideally it should be more manageable when most of the population has taken the vaccine, the statement said.

“Around 5,000 to 6,000 Delhi industrial units have been forced to switch to green fuel in the form of PNG by the Delhi government. Previously, these industries depended on highly polluting industrial fuels. It was therefore our top priority to move them to healthier practices. “Kejriwal said in the statement.

He said the government has given a huge boost to tree transplanting in Delhi.

He said that when the common trend is to see tree cover decrease with expansion of development, Delhi’s green cover actually increases.

“We have gone from 20% to 22% of tree cover recently. There were two coal-fired power stations that polluted our air heavily, so we shut them down. We also announced an electric vehicle policy to promote the use of electric vehicles. instead of fuel-powered vehicles, Kejriwal said.

He also informed Astuto that the Delhi government has partnered with IIT-Kanpur to develop a real-time pollution identification mechanism that will help them know which source is causing the pollution when so that authorities can take action. immediate action.

“Delhi is the only city that makes full use of CNG public transport and has stopped using polluting vehicles. The tree transplant policy, the electric vehicle policy, running industries on green fuel, shutting down coal-fired power plants have all helped to keep pollution levels low, the statement said.

Unwrap what was decided at COP26