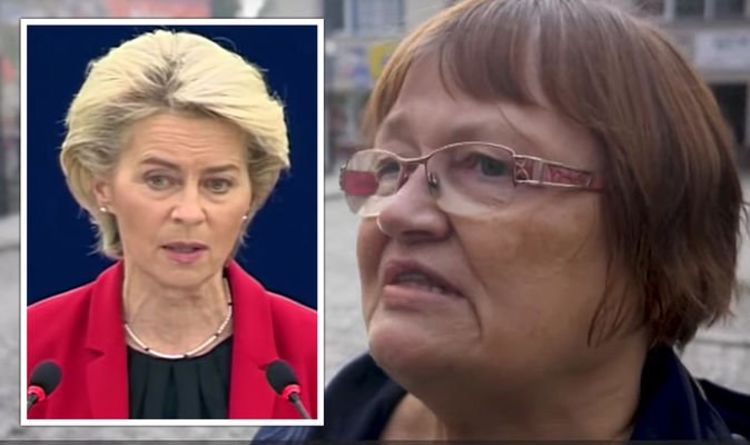 The European Union has ordered Poland to pay a fine of € 500,000 (£ 422,447) until the Turów coal mine ceases operations, a demand Warsaw has refused to comply with. Brussels has led efforts to tackle climate change, with European Commission President Ursula von der Leyen warning that the world is reaching the “moment of truth” ahead of the COP26 summit. But Polish residents whose towns depend on the presence of coal mines have fought back to EU demands, warning that young workers will be forced to flee the country to seek employment.

Poland still relies heavily on coal for its energy, with up to 75 percent of its resources coming directly from coal.

Rafa Skorupiski, chief engineer of the Turów mine, said the country could probably survive “another 150 years” without having to resort to renewable energy.

Mr Skorupiski said: “By relying solely on coal, Poland could do without renewables for around 150 years.

READ MORE: Boris Johnson bluntly berates Macron’s threats to UK “THEY are in violation of the deal!”

However, Poland fought back against the sanction order as it warned that the fine could jeopardize future negotiations with the neighboring country.

“This undermines the ongoing process of reaching an amicable settlement.”

The CJEU accepted a fine after Prague initially demanded a fine of €5 millions.

In rendering their decision, the judges declared: “Such a measure appears necessary in order to strengthen the effectiveness of the interim measures decided in the order of 21 May 2021 and to dissuade this Member State from delaying the compliance of its behavior with this order. “