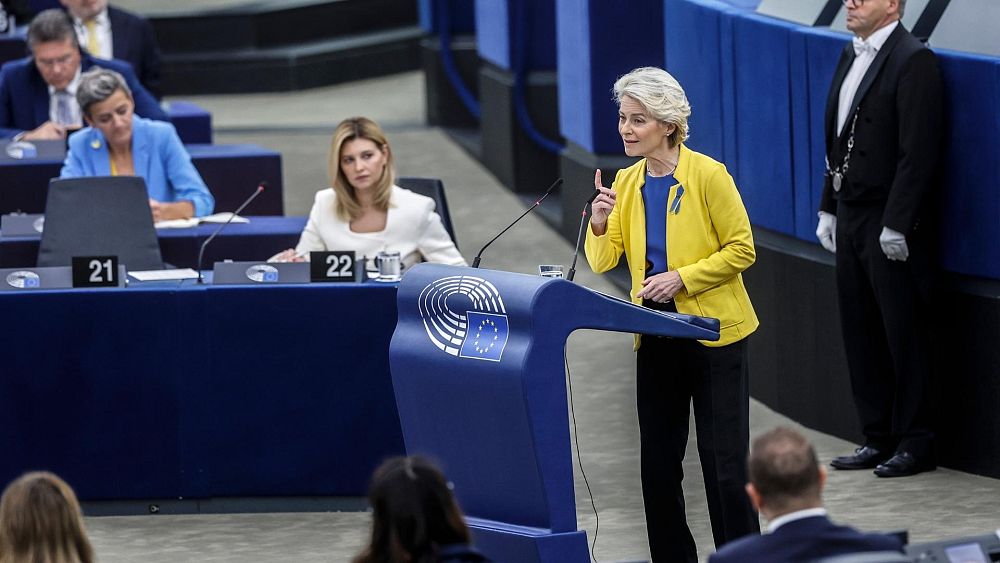 The European Union has announced its intention to raise around 140 billion euros thanks to the “abnormally high profits” of energy companies.

The proposed windfall tax is part of a long-awaited package of emergency measures to deal with soaring bills.

Most of the money will come from a price cap set for electricity produced by renewable energy, nuclear power and other low-carbon sources of €180 per megawatt hour, less than half the current cost. Any “excess profits” generated above this amount will have to be returned to national governments.

As energy prices in the market are set by high prices oil and gas, it would prevent companies from making record profits with these cheaper forms of energy.

Under the proposals, EU countries could also collect a “temporary solidarity contribution” from fossil fuel companies earning more than 20% more than their average over the past three years. This would represent a third of the excess profits they made in 2022.

Together, these measures will raise the expected 140 billion euros, according to calculations by the European Commission.

“These companies are making revenue that they never accounted for, that they never even dreamed of,” Commission President Ursula von der Leyen told EU lawmakers in France on Wednesday.

She went on to say that it was wrong for companies to receive record profits while profiting from the war and at the expense of consumers.

“In these times, benefits must be shared and channeled to those who need it most.”

Many EU countries have already introduced taxes, subsidies and relief for those struggling to pay their bills.

In Francefor example, prices have already been capped and the public energy producer EDF has been taken over by the State. Germany plans to nationalize the country’s largest gas importer, Uniper SE, in an attempt to prevent the collapse of its energy system.

But more money still needs to be found outside national budgets to combat the effects of the crisis.

This is why the EU seeks to register the profits made by energy companies. The European Commission estimates that some companies currently earn five times more than they usually would.

What are the reactions to the new EU windfall tax?

Both measures amount to a windfall tax, although the Commission has tactically avoided the term in its official plans.

However, European countries are deeply divided on how to deal with the energy crisis. The EU is said to have already given up on its plan to cap the price of Russian gas imports after objections from countries like Hungary and Austria which depend heavily on it

Member states have yet to approve the proposed measures and it is unclear whether they will all agree. Polish Climate Minister Anna Moskwa told Polish media that the country is opposed to the introduction of an EU-wide windfall tax.

Moskwa said such a decision would have to be made unanimously and would be impractical due to differences in each country’s energy systems.

Outside the EU, the contingency plan has renewed pressure on British Prime Minister Liz Truss to extend the country’s windfall tax to oil and gas companies.

A 25% levy was imposed earlier this year by former chancellor Rishi Sunak. But Truss rejected calls to expand this further and use excessive profits to fund the The UK’s own package of measures to drive down record energy bills.