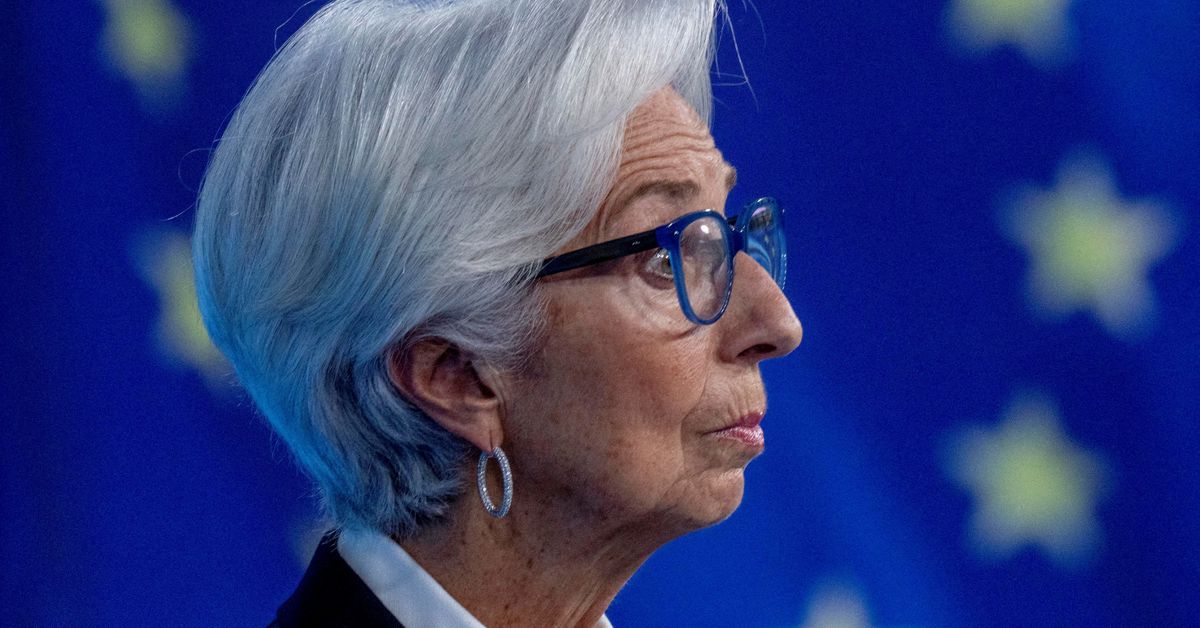 FRANKFURT/LONDON, Feb 9 (Reuters) – The European Central Bank is bracing banks for a possible Russian-sponsored cyberattack as tensions with Ukraine mount, two people familiar with the matter said, as the region prepare for the financial fallout of any conflict.

The standoff between Russia and Ukraine has rattled European political and business leaders, who fear an invasion that would inflict damage on the entire region.

Earlier this week, French President Emmanuel Macron shuttled from Moscow to Kiev in a bid to mediate after Russia massed troops near Ukraine.

Now the European Central Bank, headed by former French minister Christine Lagarde and which oversees Europe’s biggest lenders, is on high alert over the threat of cyberattacks on banks launched from Russia, the sources said.

While the regulator had focused on ordinary scams that have exploded during the pandemic, the Ukraine crisis has shifted its focus to cyberattacks launched from Russia, one of the people said, adding that the ECB has questioned the banks on their defenses.

Banks were hosting cyberwar games to test their ability to fend off an attack, the person said.

The ECB, which has named cybersecurity vulnerabilities as one of its priorities, declined to comment.

Its concerns are reflected around the world.

The United States, the European Union and Britain have repeatedly warned Putin against an attack on Ukraine after Russia deployed around 100,000 troops near the border with its former Soviet neighbor.

Earlier this year, several Ukrainian websites were hit by a cyberattack that left a warning to “be afraid and expect the worst” as Russia had amassed troops near Ukraine’s borders.

Russian officials say the West is gripped by Russophobia and has no right to lecture Moscow on how to act after expanding the NATO military alliance eastward since the fall of the Soviet Union in 1991.

The Kremlin has also repeatedly denied that the Russian state has anything to do with hacking around the world and has said it is ready to cooperate with the United States and others to crack down on cybercrime.

Nevertheless, regulators in Europe are on high alert.

Britain’s National Cyber ​​​​Security Center has warned major organizations to build up their cybersecurity resilience in the face of heightened tensions over Ukraine.

On Tuesday, Mark Branson, the head of German supervisor BaFin, told an online conference that cyber warfare was interconnected with geopolitics and security.

The White House also blamed Russia for the devastating “NotPetya” cyberattack in 2017, when a virus crippled parts of Ukraine’s infrastructure, destroying thousands of computers in dozens of countries.

The vulnerability was underscored again last year, when one of the world’s largest hacking campaigns used an American tech company as a springboard to compromise a series of US government agencies, an attack the White House called attributed to Russian foreign intelligence services.

The attack hacked SolarWinds Corp’s software, giving hackers access to thousands of companies using its products, spreading across Europe, where Denmark’s central bank said the “financial infrastructure” of the country had been affected.

Some, however, believe that the Ukrainian crisis has been exaggerated. Ukrainian President Volodymyr Zelenskiy has accused Washington and the media of causing panic.

Written by John O’Donnell; additional reporting by Pete Schroeder in Washington, Tom Sims in Frankfurt and Stine Jacobsen in Copenhagen