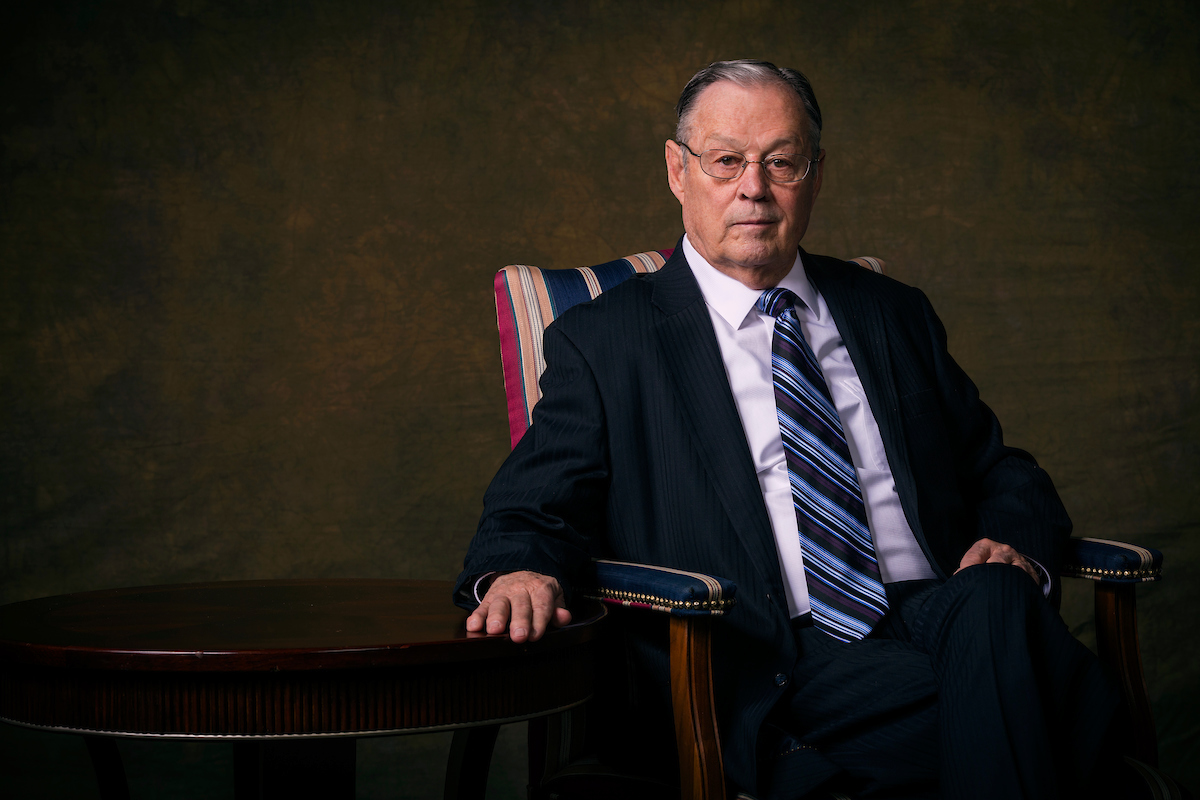 Utah Valley University is saddened to mark the passing of Dr. Joseph Marvin Higbee, UVU’s third president. He died on August 18, 2022, at the age of 89.

President Higbee led the institution, then known as Utah Technical College, from 1982 to 1987 and oversaw its transition to a community college, expanding the offerings in liberal arts and other academic fields in addition to business and technical degrees.

“President Higbee’s leadership and vision have been instrumental in helping Utah Valley University become what it is today,” said current UVU President Astrid S. Tuminez. “Through all of the changes he has overseen, he has always understood that this institution exists to serve the needs of the Utah Valley community, and he has put his best efforts toward that goal. We are all grateful for his service and his life.

Higbee grew up in Orem and his father, an engineer at Geneva Steel, was an alumnus of Central Utah Vocational School, the institution his son would one day lead. Higbee briefly attended Brigham Young University before joining the United States Navy. He married Ethelynn Goodrich in Hawaii while in service. In 1955, Higbee returned to BYU, where he earned a bachelor’s and master’s degree. He went on to earn a doctorate in higher education administration from the University of Southern California.

Prior to his appointment to UVU, Higbee served as president of Snow College in Ephraim, Utah, from 1974 to 1982. Prior to that, he also worked for the University of Texas and was instrumental in helping that institution establish a new campus satellite for juniors, seniors and graduate students.

In 1987, after years of lobbying by Higbee and other leaders, the Utah State Legislature passed a bill to make Utah Technical College a community college. Higbee was present when Utah Governor Norm Bangerter signed the bill to formalize the change.

Under Higbee’s leadership, UVU added a physical education building and an administration building, remodeled and expanded several other buildings, and laid the groundwork for the construction of a community-focused event center. He was also instrumental in expanding UVU’s athletics programs, including hiring longtime athletic director Mike Jacobsen. Campus organizations such as the Professional Association of Campus Employees (PACE) and the Alumni Association were also founded during Higbee’s tenure.

Higbee lived with his wife, Ethelynn, in Saratoga Springs, Utah. They had eight children and many grandchildren.

What are Christmas loans? – Forbes Advisor

Iran nuclear deal ‘closer now than it was two weeks ago’ but gaps remain, says US State Department spokesperson