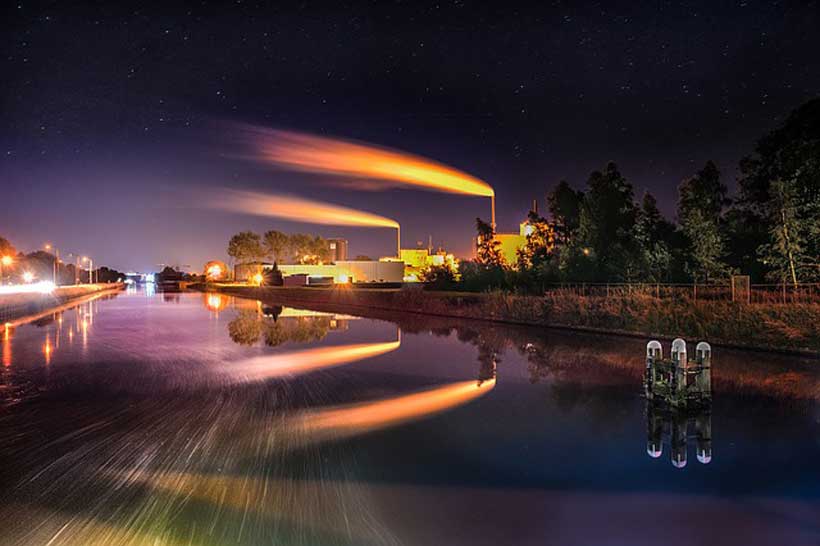 The energy crisis, once considered out of reach, has recently gradually reappeared around the world, and China is also starting to rise to the challenge.

Under the pressure of global climate change, the global energy sector has embarked on a large-scale energy transition. As conventional energy sources become ‘obsolete’ and ‘dirty’, financial institutions are reducing their funding to related businesses. With the advent of such changes, oil companies are developing new energy sources. This, in turn, has led to a pessimistic outlook for conventional energies such as oil and coal; lower oil prices should be a normal manifestation in line with this trend.

However, under a series of factors, international oil prices have instead experienced a sustained, almost continuous rise since last December. WTI crude, for example, rose 33% in 2 months, from $67/barrel on December 2, 2021 to $90/barrel on February 9, 2022; over the same period, Brent rose 29%.

Figure: US crude WTI up for almost two months

Since 2021, international natural gas prices have increased to varying degrees, of which European natural gas prices have seen the most significant increase. As the energy crisis in Europe worsens, the imbalance between supply and demand in the market has caused prices to soar. Wholesale gas prices in Europe in February 2022 are 5 to 6 times higher than at the start of 2021; As a result, electricity prices have soared, with the average price in major European countries exceeding EUR 300 per megawatt hour (MWh), compared to less than EUR 50 per megawatt hour in 2019. Gas stocks in Europe now represent only than 68% of full capacity, well below the 10-year average. U.S. natural gas prices are also on the rise, with households paying an average of $746 to heat their homes in the winter, up about 30% from last year, and those in areas like the Midwest are likely experiencing year-on-year increases of around 49%, the highest on record since the winter of 2008. In parts of Asia, natural gas prices have even quintupled just once.

It is important to note that in addition to the impact of COVID-19 and increased winter energy demand, geopolitical factors have played a large role in this series of global oil price increases. and gas. In particular, the confrontation between Russia and the United States and Europe over the issue of Ukraine has a significant impact on the global energy market. Russia has drawn a line in the sand that Ukraine’s NATO membership will mean war. The United States and NATO, on the other hand, insist that it is not for Russia to decide whether Ukraine will join NATO. While ANBOUND has long ruled out a war between Russia, the United States and Europe over Ukraine, it is a reality for the energy market that geopolitical tensions are exacerbating risks in the market. Energy. Josep Borrell, the European Union‘s High Representative for Foreign Affairs and Security Policy, has warned that Europe is facing its most serious security threat since the Cold War.

Around 40% of Europe’s gas imports come from Russia, while Gazprom, Russia’s state utility, sells 70% of its natural gas to Western Europe. The import dependency ratio of nuclear-rich Germany, Italy and France on Russian gas is 49%, 46% and 24%, respectively, according to data from the European Union Agency for the Cooperation of Energy Regulators (ACER). European natural gas stocks represented 36% of storage capacity on 6 February. The gas shortage comes at a time of heightened tensions between Russia and Ukraine, raising the issue of energy security. The European Union has proposed new rules aimed at improving gas reserves, allowing member states to jointly buy gas to build up strategic reserves. The European Union is also increasingly interested in long-term supply deals, with officials negotiating with Azerbaijan, Qatar and the United States for additional supplies. Russia’s Gazprom has also diversified its customer base with LNG terminals and pipelines to China and Turkey, and plans to take on more projects. Europe and Russia are working to reduce their interdependence, which could benefit gas exporters in the United States and elsewhere.

The Russian-Ukrainian crisis has reinforced the EU’s determination to strengthen energy security. However, the changes will only happen slowly, given the considerable time and investment needed to switch fuel sources or to build new LNG pipelines and terminals. This means that a reduction in the EU’s interdependence with Russia in energy supply and demand is unlikely to be achieved in the near future. Changing geopolitical factors will continue to affect energy markets, particularly the gas deal between Russia and the European Union. Historically, Russia has used its energy exports as a tool to exert political pressure on other countries. Russia cut off gas supplies to Ukraine over a price dispute in 2006 and again after the annexation of Crimea in 2014. In 2009, Russia again cut off supplies of Europe via Ukraine. Energy experts have warned that Russia will have to pay a price if President Vladimir Putin “arms” Europe’s gas supply amid growing tensions between Russia and Ukraine.

ANBOUND researchers would like to point out that the deterioration of global energy security caused by geopolitical factors will not only affect Russia and the EU, but also China due to changes in global energy supply and demand.

As the “factory of the world”, China is certainly aware of the importance of energy and mineral resources for a country. China’s 14th Five-Year Plan places great importance on the three major areas of economic security China faces, namely food security, energy security and financial security. Among these three areas of economic security, food security and financial security are mainly domestic affairs, but the key to energy security lies not in the domestic market but in the international market. To this end, a considerable amount of international resources will be invested in China’s future development to ensure energy security. It also means that energy security will be a long-term “sensitive point” and risk factor for China, and one that can be easily exploited for geopolitical “leverage”.

At present, China is still trying to build a conventional energy security system. Not so long ago, during Putin’s visit to China on February 4, China and Russia reached an agreement on energy purchases and sales. Companies from the two countries have signed an agreement on the purchase and sale of natural gas, making it the second long-term gas supply contract between the two. After the new pipeline is in place, Gazprom’s total gas supply to China is expected to reach 48 billion cubic meters per year.

The interest on my tax debt is accumulating. Should I pay it back with a loan?