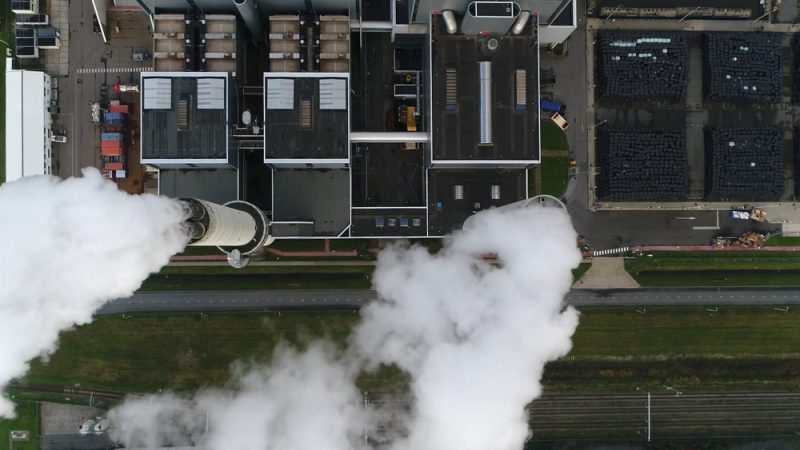 Get out of the fence? The future of coal in the Western Balkans – EURACTIV.com

Driven by ambitious objectives and a set of cutting-edge regulatory tools, the Green Deal is on the verge of redefining the economy and European policy. As one would expect from a transformation of this magnitude, developments do not always follow a straight line.

Currently, an unprecedented surge in electricity prices is sending its shockwaves across the continent. It also hits and surprises a European region which so far has tried to keep its head down on decarbonization. These are the Six of the Western Balkans (BM6), that is to say countries succeeding the former Yugoslavia (plus Albania) still outside the European Union. The shock of electricity prices could lead them to rethink their energy policy, and lead – depending on the conclusions – to a boost or a backlash for the transition in the region. The most pressing issue in this reflection is the future of coal.

The WB6 power generation mix rose to fame across Europe following a 2019 report that found that the region’s coal-fired power plant fleet emitted more sulfur dioxide pollution than it did. total fleet of European coal-fired power plants, in a ratio that has increased to 2.5 times in the meantime. This sudden spotlight, however, had limited impact at best.

Governments have not developed concrete visions for a future without coal (mainly lignite), on which five of the WB6s rely to a large extent. Even bringing the subject up for discussion seems painful. This may be understandable, given the deep socio-economic dependence that coal has created. And even Western Europe is no stranger to scrambling strategies where carbon-based business models seem too lucrative not to exploit them until the last possible moment.

Yet the discussion about the future of coal can no longer be avoided. It’s not just because it has become the global mainstream. From a technical and economic point of view, WB6 coal-fired power plants are obsolete and near the end of their service life. They should soon be closed or rehabilitated. The power of the factual may have helped two of the WB6s, North Macedonia and Montenegro, to commit to phasing out coal (by 2027 and 2035 respectively). In addition, legally, electricity production from existing power plants has a clear expiration date.

As a member of the Energy Community, WB6 is committed to meeting the sulfur dioxide, nitrogen oxides and dust emission thresholds in accordance with the Large Combustion Plants Directive ( LCPD). Instead of immediate compliance, governments have decided to either phase out aggregate emissions at the fleet level (in accordance with a national emissions reduction plan, NERP) or operate individual power plants that do not exceed 20,000 hours maximum.

With rehabilitation prospects against all odds, full implementation of the LCPD is expected to effectively phase out existing coal-fired power generation in WB6 by the end of 2027, the year in which the last date of possible compliance expires. However, evidence is already accumulating that the directive will not be implemented as planned. The Secretariat of the Energy Community had to open infringement cases against four of the WB6s for non-compliance with their NERP, and another for failure to comply with the expiration of the 20,000 hour limit.

Beyond the technical and the legal, dodging the decision of a future beyond coal also has other repercussions. Replacing old ones with new coal-fired power plants after the eventual disappearance of old ones has been a common strategy in WB6. While this is hardly possible under EU state aid rules, President Xi Jinping’s recent pledge to end overseas investment in new coal-fired power plants should have ended the sponsorship as well. of Chinese projects in the region. ESG and taxonomic rules will have a similar effect on Western manufacturers and banks.

As a result, investments in alternative technologies are needed on a large scale. While investments in solar and wind farms have recently taken off, especially when governments have moved to market-based support mechanisms and auctions, this trend could be reinforced by a clear vision of the future energy mix. Setting a clear course would not only determine the level of ambition, but could accelerate overdue market reforms, further market integration and investments in smart and flexible systems.

Perhaps more importantly, opening an honest and inclusive debate on the future of coal should be a matter of good governance. A just transition, which obviously poses more challenges for the BM6 than for the rest of Europe, depends on clear communication to citizens and particularly concerned stakeholders. Countries adjourning this debate lose their autonomy to manage change and are exposed to external developments.

This does not only include the recent announcements by the Chinese president. The surge in electricity prices in the region is not mitigated by the increase in revenues generated by the European ETS, to which WB6 does not adhere. At the same time, the windfall profits that local utilities realize by exporting carbon-free electricity to the EU have been identified as a key objective of the European Commission‘s proposal for a carbon border adjustment mechanism. (CBAM).

What can the rest of Europe do to help speed up thinking about the future of coal in the WB6 region? First, by engaging in the Energy Community, the EU has chosen to support the energy transition in exchange for countries respecting their commitments. The adoption of the Clean Energy Package and a Decarbonization Roadmap for the Contracting Parties of the Energy Community at the Ministerial Council in November this year will signal that the Green Deal is extended to BM6, and not only in homeopathic doses.

Equally important are financial sanctions for non-compliance with European rules such as the LCPD instead of inadequate political sanctions. Second, many EU member states have had their own painful but ultimately successful experiences in deliberating on phasing out coal in their energy mix. They should share their experience and advocate for clarity and transparency at a high political level within the WB6. And third, the scale of the transition calls for a financial facility from public donors that goes beyond support for individual projects, a new Marshall Plan to supplement revenues from future carbon pricing systems.

This would reassure WB6 leaders who are struggling to decide which way to go given the possible social unrest. As in the EU, it could be subject to a commitment to phase out coal. By helping affected individuals and economies as a whole, the new Marshall Plan would also prevent WB6 from lagging behind and ultimately adrift from the rest of Europe determined to be among the first to embrace decarbonization. It is in the pan-European interest, and ultimately in the global interest.

US and EU agree to work on chip supplies, technology rules and trade with China