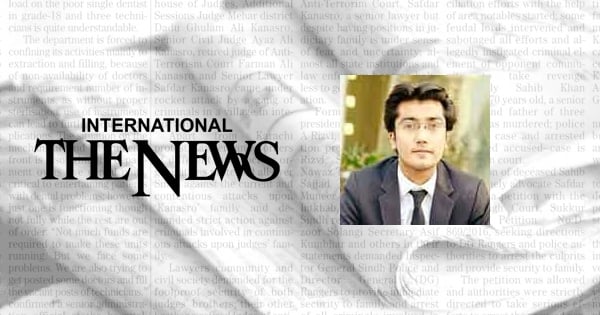 The world, especially Europe, is moving away from coal-fired electricity generation towards natural gas generation to meet its conventional energy needs; this is mainly due to environmental concerns. At the COP26 climate summit, nearly 40 countries agreed to phase out coal-fired power plants.

It is important to mention that natural gas generation provides much sought-after flexibility to the power grid needed to accommodate intermittent renewable generation in the mix.

The gas shortage quickly spread to other sectors as countries returned to oil and coal for conventional power generation, leading to soaring coal and oil prices. The electricity sector is also severely affected by the global energy crisis, the fuel cost component with which independent power producers compete in the wholesale market has reached an all-time high. In response to such an unprecedented increase in electricity demand and, therefore, electricity prices, countries are scrambling to provide much-needed financial cushion to consumers.

For example, French President Emmanuel Macron, who has yet to officially announce that he will run for a second presidential term in April, has moved to cap gas and electricity prices.

Currently, LNG cargoes from Asia and the United States are diverted to Europe to partly meet the demand for natural gas in the region. Moreover, regardless of the ability of U.S. and Asian spot markets to supply LNG shipments, these shipments are unlikely to make up for the shortage if supply from Russia stops altogether. For the import of LNG, special terminals are needed – and it seems that Europe does not have this kind of LNG import capacity.

Underground natural gas storage facilities have extended much-needed flexibility to the European natural gas market in winter, but lower-than-normal inventory levels have heightened energy security concerns in the region. Russia, through state-owned ‘Gazprom’, is accused of deliberately keeping stocking levels low and artificially reducing supply in order to pressure the EU to hand over the license operation of Nord Stream 2, which is an $11 billion undersea gas pipeline linking Germany and Russia.

About a third of the natural gas to Europe is supplied by Russia and as Europe’s local production has declined over the years, Russia’s natural gas supplies have become critical.

French nuclear production also fell as five of the 56 generators were shut down to check for cracks and corrosion, and carry out maintenance work accordingly.

For decades, French state-owned EDF’s nuclear fleet has supplied power to neighboring European countries, including the UK, Spain, Italy, Switzerland, Belgium and Germany. This has widened the scope of the problem from France to all of Europe where, on the other hand, it is expected that more EDF nuclear generators will be taken out of service partly for safety and maintenance reasons.

The French government forces EDF to sell electricity to domestic consumers at a very favorable price in an attempt to save consumers and Macron’s politics. The move is estimated to cost EDF $9 billion as minority investors have already decided to exit, leading to a 25% drop in the company’s shares in January.

Under pressure from major oil consumers, including the United States, Japan and India, who want a rapid increase in oil production, the world’s largest cartel, OPEC, has agreed to gradually increase the oil production – by 400,000 barrels per day from March. This is despite the inability of some cartel member countries to match the committed increase in production. For example, according to the International Energy Agency, in December 2021, OPEC could increase oil production by just 250,000 barrels per day while Nigeria, Angola and Malaysia were underproducing.

This, in turn, led Goldman Sachs to revise its forecast for oil, which now expects to cross $100 a barrel in the third quarter of 2022. This is a cause for concern not only for advanced economies, but also for developing economies that are already in shock. the impact of the pandemic.

Pakistan, which was already struggling to maintain its foreign exchange reserves, saw a drastic increase in its oil import bill by more than 97% to $4.59 billion in the first quarter of the current financial year. This led to an unprecedented rise in fuel and electricity prices, causing further inflation and a decrease in the purchasing power of the population. Importantly, the government failed to secure long-term LNG contracts (as low as $4 per MMBtu) in 2020 out of sheer incompetence – and possibly influenced by the fuel oil mafia. Without the long-term LNG contracts entered into by the previous regime, the situation would have been much worse. LNG is now trading at $30 per MMBtu.

We are in the fourth year of the PTI-led government, and the regime has yet to offer anything substantial on the energy front and even otherwise, other than a double-digit inflation rate and reduced purchasing power. . The opposition, on the other hand, is unlikely to withdraw perhaps the most unpopular government in the country’s history before its time, unless a transitional configuration is agreed, which takes the weight of the energy crisis.

With what lies ahead in the global energy market, letting this regime finish its term could easily be the best revenge taken from Imran Khan and the powerful quarters that brought him to power in the first place.

The author is a political activist and research analyst based in Lahore. He tweets @beingkamil and can be contacted at: [email protected]

Reviews | The West should no longer underestimate Putin