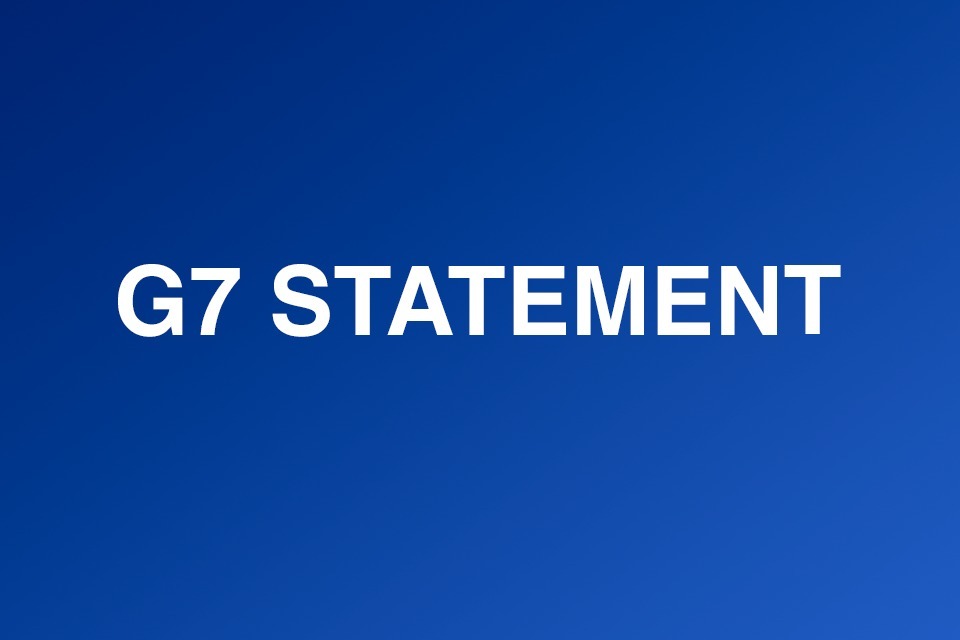 Statement by the Foreign Ministers of the G7 countries and the High Representative of the European Union:

We, the G7 Foreign Ministers of Canada, France, Germany, Italy, Japan, the United Kingdom, the United States of America and the High Representative of the European Union , express our strongest opposition and deplore the growing restrictions imposed on the rights and freedoms of women and girls in Afghanistan by the Taliban.

We support the Afghan people in their demand for equal rights in accordance with the Taliban’s commitments to all Afghans and Afghanistan’s obligations under international law. We condemn the imposition of increasingly restrictive measures that severely limit the ability of half the population to participate fully, equally and meaningfully in society, including the recent announcement about women appearing in public as well as new penalties for family members to enforce these restrictions.

With these measures, the Taliban are further isolating themselves from the international community. Echoing our joint statement with Norway on March 24, we call on the Taliban to take urgent action to lift restrictions on women and girls, respect their human rights and meet the expectations of Afghans and the world. to enable their full, equal, and meaningful participation in work, education, and public life, as well as freedom of movement and freedom of expression, which are crucial for peace, stability, and development in long term of the country.

The European Development Bank is seeking loan guarantees from Ukraine