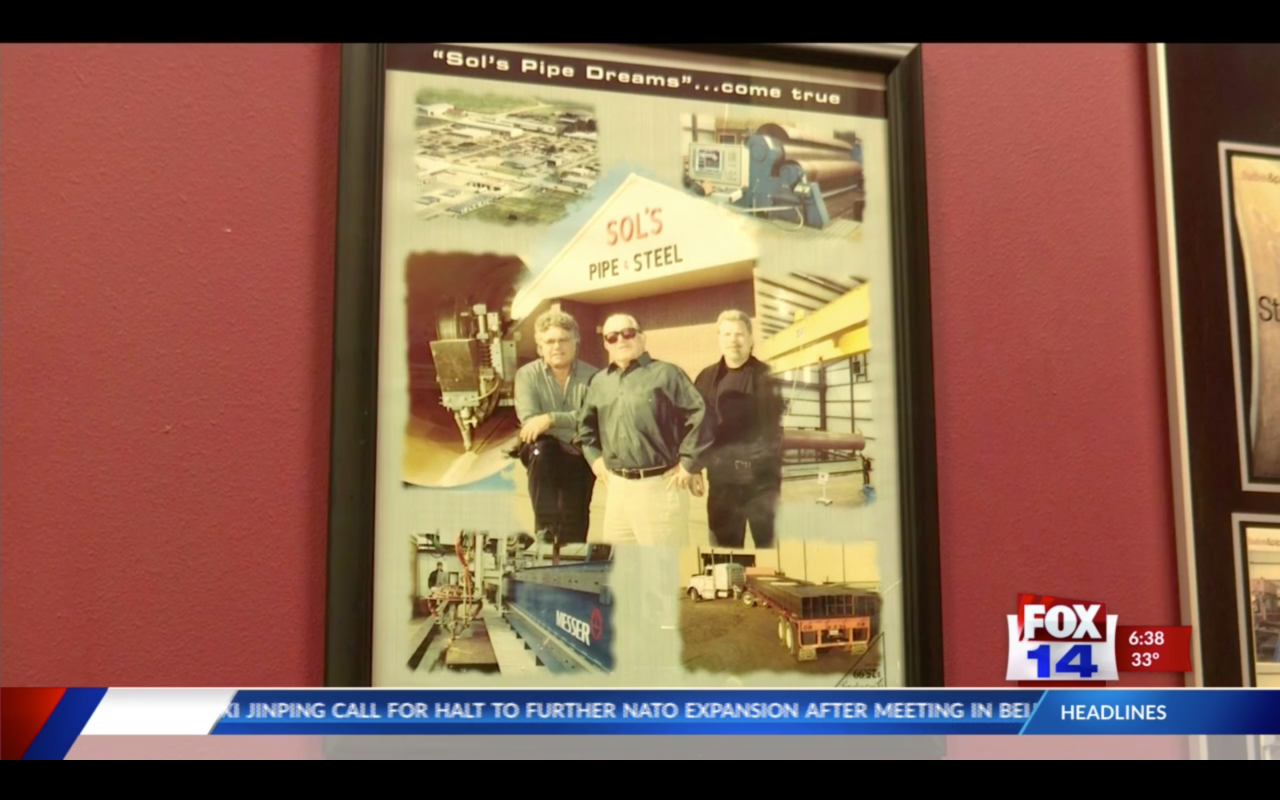 ‘He refused to die in the concentration camps’: Holocaust survivor’s son shares his father’s legacy | KTVE

MONROE, La. (KTVE/KARD) — Jackie Rosenberg is president of Sol’s Pipe and Steel in Monroe. His father, Sol Rosenberg, was a Polish-American businessman and philanthropist. He was a Jewish survivor of German Nazi concentration camps who became an industrialist in Monroe where they established Sol’s Pipe and Steel Company.

After the German invasion of Poland in 1939, Rosenberg lived in the Warsaw Ghetto set up by the Nazi occupiers of Poland. The German Nazi regime sent his parents and two sisters to their deaths in 1942, but Rosenberg was one of the very few to escape from the Treblinka death camp; he returned to Warsaw, where he participated in the Warsaw Ghetto Uprising. Rosenberg was then sent to Dachau concentration camp, where he was freed by the Allied powers after the final overthrow of the Nazi regime.

In Poland, Rosenberg met his wife, the former Tola Baron (June 22, 1924 – January 12, 2006). The couple emigrated to New Orleans, Louisiana in 1949 and then settled in Monroe where they first worked in a furniture store, where they later managed to get into the scrap metal business, then finally in the trade of used pipes.

Rosenberg has been involved in community affairs and charity, being one of the founding founders of the United States Holocaust Memorial Museum in Washington, DC, and the Holocaust Museum in Houston. He was a member of the Monroe Chamber of Commerce and supported the University of Louisiana Booster Club in Monroe. In 2006, he received the Kitty DeGree Lifetime Business Achievement Award. He played golf at Bayou Desiard Country Club in Monroe, where he hit a hole-in-one at the age of eighty-one.

“My dad was kind of like a backwards Will Rogers; he never met a man who didn’t love him,” his son, Jackie Rosenberg, said. Throughout the years leading up to his death, Sol remained active in the family business, Sol’s Pipe and Steel Company, which was an international business, until cancer struck. Rosenberg died at his residence in Monroe, just a day before his eighty-third birthday.

“After many hardships, my dream of coming to America has come true. Here I have enjoyed the precious gift of being a free man. I have enjoyed the beautiful dream of having the opportunity to build a future happy for my family and for myself. God bless America.” – Sol Rosenberg.