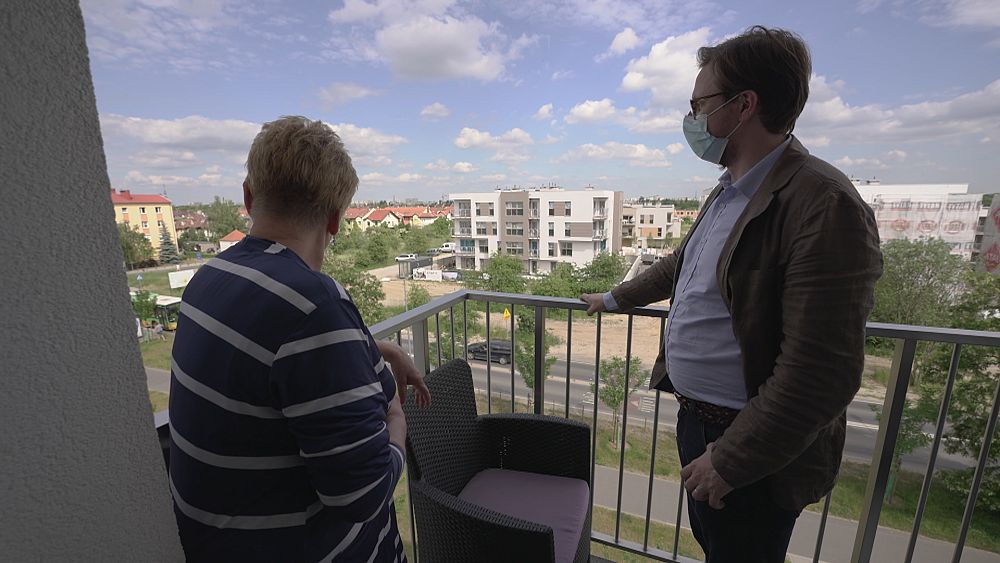 Europe needs investments in its businesses, innovation and infrastructure if it is to meet its climate goals and revive economic recovery.

However, nearly half of EU companies say they plan to cut back on investments in the wake of the Covid pandemic.

The pandemic has made investment decisions “more complicated”, explains Werner Hoyer, President of the European Investment Bank (EIB) because “the income and resources of companies are increasingly scarce”. It is “a great concern” for “the competitiveness and the role of Europe in the world”, he says.

How does InvestEU help?

A new EU program, InvestEU, is mobilizing billions of euros of capital by assuming some of the financial risks for investors. It guarantees 26 billion euros from the EU budget and 7 billion from partner banks. It should mobilize around 370 billion euros in public and private funding.

The money will go to projects that contribute to innovation and digital switchover, support SMEs, especially those hard hit by the COVID crisis, promote social inclusion and strengthen sustainable infrastructure.

At least 30% of all investments must contribute to building a greener Europe, supporting Europe’s green transition.

The European Commission works in partnership with the European Investment Bank, as well as with other national promotion banks and international financial institutions.

InvestEU is following in the footsteps of the European Fund for Strategic Investments (EFSI), also known as the Juncker Plan, which has successfully generated over â‚¬ 500 billion in additional investment.

What does this investment look like in the field?

The European Union is working to revitalize the former coal town of WaÅ‚brzych, in the heart of Polish Silesia. For 500 years it has depended on coal and now that is changing.

WaÅ‚brzych received a 14 million euro loan from the EIB to help it emerge from the coal age and regenerate the city center. The loan was partly supported by the European Commission.

The mayor of WaÅ‚brzych, Roman Szelemej, said that this meant “rebuilding a part of the old town”. This has seen a “revitalization of social life” especially for new families who can “start a new life, bringing new life to the old town”.

Werner Hoyer of the EIB believes that it is essential to invest in infrastructure and vocational training in places like WaÅ‚brzych.

“The coal miner who jumps from the last coal pit in southern Silesia will not be the head of the digital start-up in two weeks, so we must help these people move on to the next generation of jobs”, he explains.

WaÅ‚brzych is not the only city to benefit from the European investment plan. In Poznan, the fifth largest city in Poland, they focus on social and affordable housing.

Jacek Jaskowiak, Mayor of Poznan, explains that “we have to build apartments for young people, for seniors”.

He says that if these people get some money and help settle in Poznan, “then they can find a good job and send their children to kindergarten.” Affordable housing is a strategy for bringing life and work back to the city.

Aleksandra, 69, is among those who have already benefited from this project. She says she was thrilled when she was able to move into her new apartment with balcony.

For financial reasons, she says she could never have bought somewhere on her own.

To finance this housing project, the promoter PTBS turned to the EIB for a loan of half the total cost. It made it possible to compensate for the reluctance of private investors.

Andrezej Konieczny, CEO of PTBS, explains that the banks did not trust them at first because the project was different from the work they usually finance. However, they managed to come to an agreement with the EIB â€œand they trusted us,â€ he adds.

The company expects this project to be a success and with the EIB ‘seal of approval’ it is looking to attract private investors for its next project.

From July 2021, InvestEU will replace the Juncker plan. This time, local banks, like the Polish BGK, will also work alongside the EIB.

The European Union will set up a new cyber response unit

Thousands of steel jobs at risk of £ 100million hit if warranties are lifted, industry warns