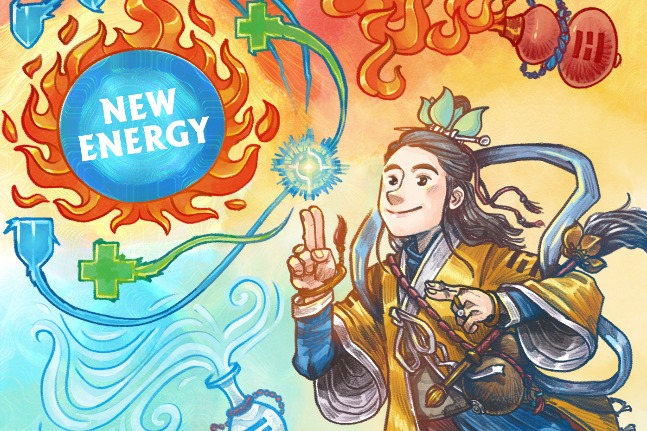 Right now commodity prices including the price of oil are rising but the reason for this latest round of oil price hikes is not inflation but mainly supply chain issues . Oil and other commodities saw rapid price increases as the economy began to recover from the COVID-19 pandemic. Before that, the prices were quite moderate.

Usually, demand for raw materials will pick up quickly after an economic recovery begins, but supply cannot keep up with demand as supply chains have been disrupted, including a lack of available vessels and stevedores. After the resumption of supply chains, which takes time, commodity prices will decline moderately. Oil is one of the most demanded raw materials in the world. If oil prices stay high, other commodity prices are unlikely to fall. The Russian-Ukrainian conflict will also impact the global oil market and even have a greater and longer-term influence on the global supply chain than COVID-19.

During this period, assuming that the attitude of the European Union and the United States towards Russia does not change significantly and that there are no other factors that may bring about change, there is a high probability that we will see a decoupling. If such a scenario materializes, energy prices could remain high for an extended period, perhaps two to four years, during which time market entities could seek new partners and build new infrastructure needed to meet to energy needs.

If there is market decoupling, the United States will probably be the big winners. As of early 2021, US shale oil development has been phased out. However, current high oil prices may provide an opportunity for US shale oil to grow as it can substitute for crude oil. The high US oil price has both positive and negative influences on shale oil development in the country and there is no specific research to support either party. However, it is certain that the United States will have more of a say in the global energy market.

The development of new energies will accelerate and China should promote a corresponding energy transition.

Chinese state-owned enterprises will take on most of the responsibilities for the country’s low-carbon transition. Currently, state-owned enterprises satisfy more than 80% of China’s fossil fuel demand. SOEs’ transition to a new energy-based business model is also key to China’s transition to a greener economy. With energy prices at a relatively low level in China, it is difficult for state-owned energy companies to make such investments and shift to a greener development model, while ensuring energy security. .

But assuming this cycle of relatively high energy prices can be sustained for three or four years, this could be the perfect time for state-owned enterprises to shift to greener development. For example, China National Petroleum Corp is expected to earn around $160 billion this year. If $100 billion is needed for the green transition, its impact will be significant. Currently, new Chinese energy companies are struggling to make profits and mainly access funds from capital markets. If state-owned companies in the fossil fuel sector invest their corporate profits of recent years in new energy development, China’s green transition will be faster and its global competitiveness will be higher. SOEs in the traditional energy sector will also benefit from better capital market support.

Energy is of vital importance to the development of a nation, and it is best for state-owned companies to play a leading role in the business. From this point of view, the green transition of public enterprises is inevitable. CNPC needs a significant volume of business to stay on the Fortune 500 list. Although the current size of its business is large enough to keep it on the list, it is difficult to say if this will continue to be the case. after a few years when the country’s annual oil consumption plunges from 800 million metric tons to 70 million tons. So, from the perspective of SOE development, they need to shift to new energy-based business models. As more and more companies around the world engaged in the traditional energy sector have already started their green transition, China’s new energy market will experience fiercer competition.

The subject of China’s energy security should be approached from the perspective of both long-term and short-term perspectives.

Ensuring energy security is not just about increasing oil reserves and investing in upstream industries, and the energy security discussion is set to take on a whole new meaning as China transitions to a low-carbon society. carbon emissions.

China will not have energy security problems if we take a more macro view. There is enough production capacity for China’s coal industry. The shortage of coal-fired electricity in 2021 was mainly due to the volatility of coal prices.

China’s energy security is controllable from a macro perspective. After all, oil only accounts for 30% of China’s energy consumption. The proportion can reach more than 60% for the EU and 70% for the United States. They could be greatly affected by fluctuations in the oil and gas market. China’s energy supply can be assured as long as its coal industry develops steadily.

From a short and medium term perspective, the problem of China’s green transition is to quickly find a substitute for oil in the country’s current energy structure. One way is to increase reserves and increase investment in upstream industries. Another way is to develop new energy vehicles as well as wind energy.

From a medium-to-long term perspective, China’s green transition has other challenges. When there will be a large number of wind and solar parks as well as new energy vehicles, the problem of a safe and sufficient power supply will become important. How to stabilize the new energy systems when they represent up to 70% of the energy structure? Is it through energy reserves, hydroelectricity, electric vehicles or the addition of coal-fired power plants?

These issues also depend on cooperation in the energy sector. Before the Russian-Ukrainian conflict, the energy industries in China and Russia were very complementary. China has a large market that needs energy resources and Russia has abundant resources of this nature. Moreover, China borders Russia, which makes logistics much easier and less risky than trading with other countries. Thus, Russia is an important trading partner of China in the energy sector. If Russia starts selling energy to new markets due to the sanctions of the Russian-Ukrainian conflict, such as East Asian countries, China will have more opportunities to cooperate with Russia. Diversification of energy import sources is important for China’s energy development, as new problems are likely to arise due to geopolitical factors. However, this may not be a problem if China undertakes a healthy development of new energy projects.

China could learn two lessons from the Russian-Ukrainian conflict. First, China should accelerate the development of new energy and lead the world in this sector. He must also have a clear understanding of energy security through short-, medium- and long-term perspectives, and make corresponding arrangements.

The author is director of the China Institute for Energy Policy Studies at Xiamen University, Fujian Province. The article is a translated version of an editorial by the author of the China Macroeconomy Forum, a think tank.

Opinions do not necessarily reflect those of China Daily.