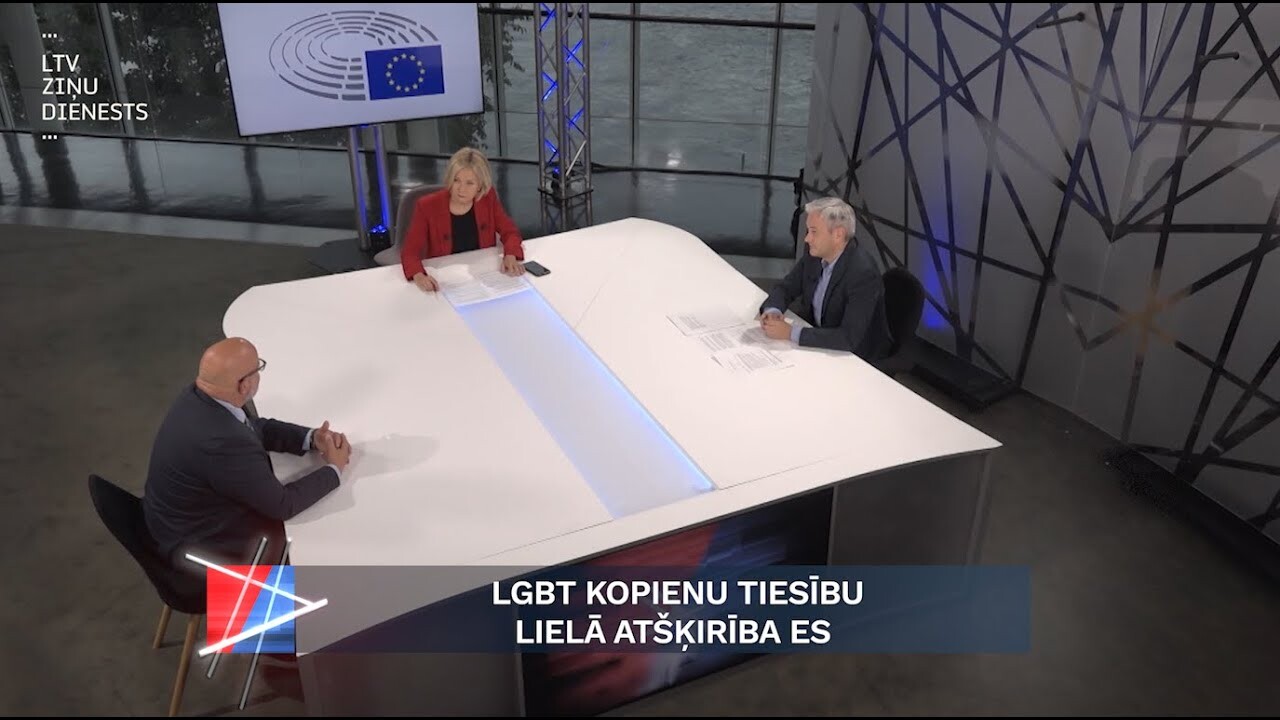 We are pleased to present to you the third in a series of “Būris” (Cage) discussions in English moderated by Ilze Nagla, LTV’s correspondent in Brussels.

This week’s topic of discussion is LGBT (lesbian, gay, bisexual, transgender) rights, including a recent European Parliament (EP) resolution calling on the EU to remove barriers to the exercise of fundamental rights that are confronted by people belonging to the LGBT community. The resolution states that marriages or registered partnerships established in one member state should be recognized in the others and that the law should treat spouses and same-sex partners in the same way as male and female partners.

Discussions in Brussels are reinforced by local debates in Latvian on related issues. You can see the list of topics that will be covered on the dedicated Būris webpage on LSM. These include animal welfare, multiculturalism, hate speech, euthanasia and other controversial themes.

Discussions can be viewed on the LTV player and as Spotify podcasts. The Būris project is co-financed by the European Union.

Did you see an error?

Another delay in construction of the $ 35.7 million Hornby center

Polexit judgment could be decisive moment in European Commission presidency by Ursula von der Leyen, according to Daniel Freund