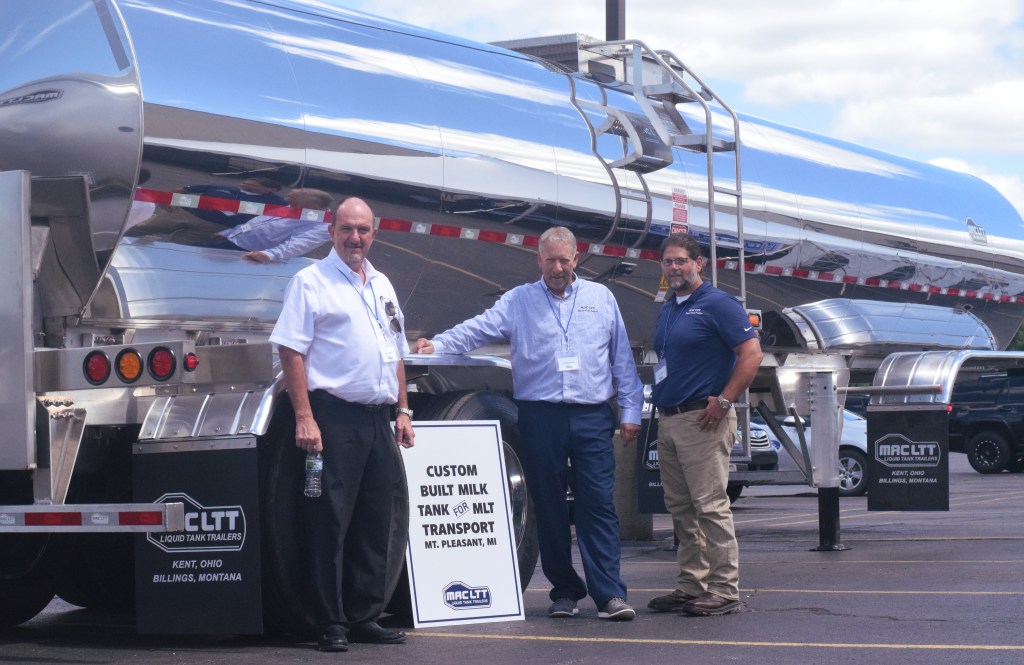 The new industrial park tenant on the south side of Mt. Pleasant officially opened Tuesday, showing off its first liquid-hauling trailer, built for the business operating next door.

MAC LLT officially celebrated the opening of its brand new stainless steel tank truck plant at 1799 Gover Parkway on Tuesday. There was food. There was a tent. It was also the first tank trailer to roll off the factory line, which entered service last month, said Mark Upton, the factory’s general manager.

The first tank trailer was built for MLT Transport, which operates next door, he said. MLT is expected to use the trailer to move the milk.

MAC moved into a facility vacated in late February when Dayco transferred operations to Mexico. The company invested $8 million in the renovation of the building, according to Michigan Economic Development Corporation records. This included a $350,000 grant from the Michigan Strategic Fund.

Brenda Flory, Senior Director of Business Development at MEDC, called the project a win-win for the company and the community.

MAC moved to the central Michigan area after purchasing Burch Tank & Truck in 2020, according to a Middle Michigan Development Corporation press release regarding the acquisition.

Demand for their trailers quickly exceeded the production capacity of their Mt. Pleasant plant and after receiving the state subsidy and a tax abatement on the old Dayco facility, the company moved from a Mt. Pleasant to another.

The money the company invested in the Gover Parkway plant included an investment in overhead cranes and a welder and a 25ft roller that will help them produce two-piece structures that are normally three- or three-piece structures. four parts.

The new equipment, along with doubling the plant’s square footage, will also help the company double production, Upton said. MAC LLT manufactures 10 to 12 pieces per month.