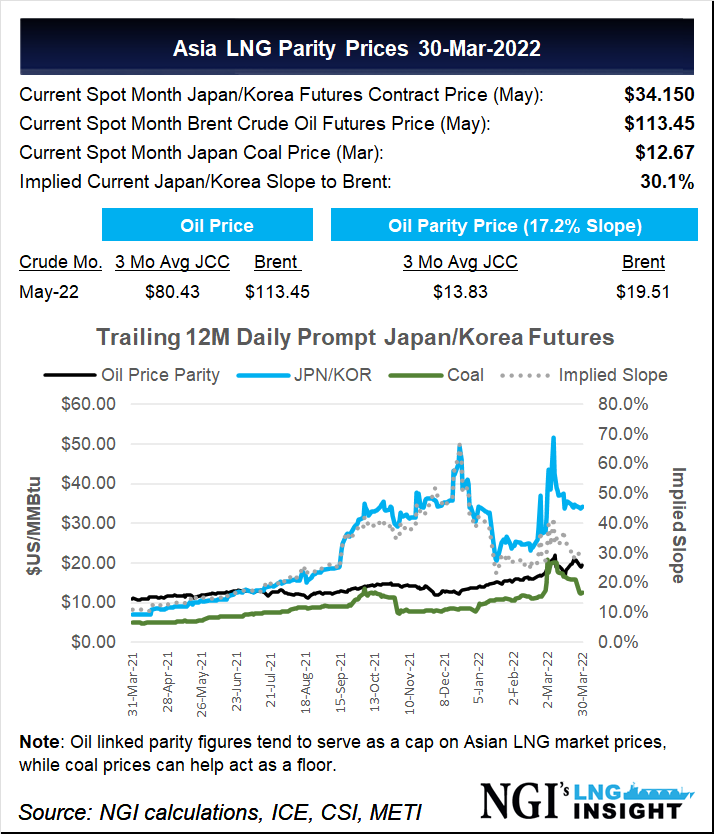 Asian liquefied natural gas (LNG) buyers and distributors see a mix of changes and challenges on the horizon for the region as they strive to develop a more connected and flexible market ecosystem.

Asia has always been a preferred destination for super-chilled fuel, but as major players in the industry diversify their businesses, they must also adapt to changing dynamics.

Companies such as Malaysia’s Petroliam Nasional Berhad, aka Petronas, have traditionally focused on Southeast Asia in their LNG business, said the company’s vice president of gas and power, Abdul Aziz Othman. , during CERAWeek by S&P Global. And, while it sees countries like Japan, Korea, China and Taiwan as still anchor customers, Petronas is working on a broader Asian customer base.

Petronas has increased gas delivery volumes to India over the past three years and has also extended its reach to regions such as Thailand and Bangladesh. Othman said it was a natural result of the company leveraging its flexible delivery advantage to compete with major gas suppliers in Asia such as Qatar and Australia.

“We opened up the market,” Othman said.

Petronas announced this month the start of feed gas from its Bintulu LNG complex after overcoming problems with a production field it has struggled with since last year. Most of its operations are centered around the Bintulu complex in the state of Sarawak, and it also has two floating LNG facilities.

Along with adding new countries to the LNG customer pool, Yasushi said small-scale LNG projects across Asia will become “a new player” in the industry.

Yasushi said his company is currently focused on improving access to LNG bunkering in Southeast Asia. In the near future, he said MHI will establish marine service stations in island nations of Southeast Asia.

“We have to have some sort of distribution system, which will probably mean an offshore hub,” Yasushi told CERAWeek in Houston. “It’s finished differently than the fuller picture of LNG, which is the big picture.”

Both companies are working to answer Asia’s call for more gas to market and wider distribution as demand for electricity continues to clash with climate goals for growing economies the regions.

“It must remain affordable”

Petronet LNG Ltd. CEO AK Singh said growing energy resources while reducing carbon emissions was an all-too-familiar issue for India, which has a “great appetite for natural gas”. Singh said India’s LNG demand is expected to grow by at least 7% annually, quadrupling its import volume by 2030.

But, before it can increase its use of LNG, it needs to establish a way to receive more imports, which means big investments in infrastructure. On Friday, India’s Petroleum and Natural Gas Minister Ramesaw Teli announced that the country was moving forward with initiatives that would increase the share of natural gas in its energy mix from 6.7% to 15% by 2030.

The country’s major importers such as Petronet have done their part to ensure the country can meet its growing energy demand and climate goals, Singh said, but the growing need for natural gas poses an additional risk of exposure during price spikes such as the current war in Ukraine.

Singh said much of the conversation about the future of Asian markets has centered on incentives for buyers to choose natural gas to replace dirtier fuels such as coal, but high prices can only leave the cheapest option on the table for tight margin industries. .

“Affordability is the main element of every discussion; it must remain affordable,” Singh said.

As companies serving Asian markets develop strategies to stabilize distribution and increase flexibility, there are signs that demand destruction in the region may get worse before it gets better.

Japanese buyers were expected to refrain from the spot market to replenish storage stocks until the end of the summer, hoping that pressure on Europe would ease and prices normalize. After a massive earthquake this month hit some of Japan’s coal-fired power plants and forced it to burn more LNG, the country went in search of additional cargo.

Kpler LNG analyst Laura Page said NGI’s nuclear power is still holding up well for Japan, but routine maintenance will mean production this summer will be lower than last year, forcing buyers to turn to gas or coal to meet the energy needs of the season.

“This will likely see sustained demand for gas and coal from the power sector this summer, although we may still see utilities continue to favor coal over gas.”

A new report from consultancy Timera Energy released this month describes how the push and pull in European and Asian prices since the start of the year paints the picture of a new “market regime shift”.

“Under this new regime, expect to see a much more dynamic relationship between Europe and Asia competing for marginal supply,” the company’s analysts wrote.

This competition has its own geopolitical implications, but Timera predicts it will also mean “the death of a structural premium” from the Japan-Korea scorer on the Dutch title transfer facility. In its place, Timera wrote, there will be more “dynamic” spreads that will need to be watched more closely in order to predict volatility and price balances.