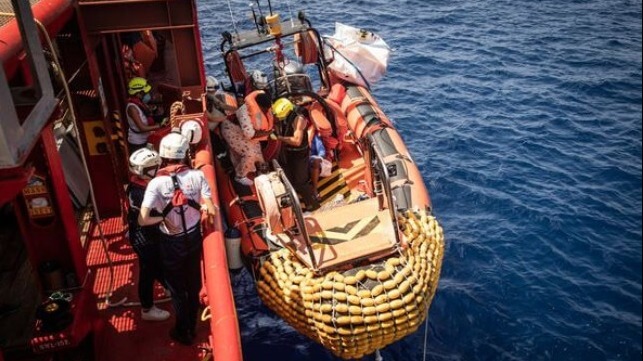 The migrant crisis continues in the Mediterranean with volunteer organizations again calling on the global community to develop a better solution to manage the growing number of people trying to flee the Libyan coast to reach southern European countries. The extent of the crisis is once again underlined by the NGO SOS Méditerranée in partnership with the International Federation of Red Cross and Red Crescent Societies (IFRC) calling on the European Union to authorize 466 survivors to disembark from the Ocean Viking, an offshore support vessel that the NGO uses for its search and rescue missions.

The NGO reports that in just 60 hours of its last mission, the Ocean Viking has faced more cases of distress than ever before and that medical situations are becoming increasingly difficult. During the most recent mission, four distressed, seaworthy and overcrowded boats were spotted from the deck of the ship. Distress alerts from six other boats were also relayed by other NGOs to the Ocean Viking. Some of those rescued stayed on the ship for up to eight days and it is now overcrowded with a total of 459 people remaining on board, including women, children and babies.

NGOs said they are facing an overwhelming number of medical cases, including exhaustion, dehydration, skin infections and untreated injuries, while other survivors face chronic health issues. Two nine-month-old pregnant women were evacuated late last week from the ship, but the vessel remains stuck at sea awaiting the disembarkation of survivors. 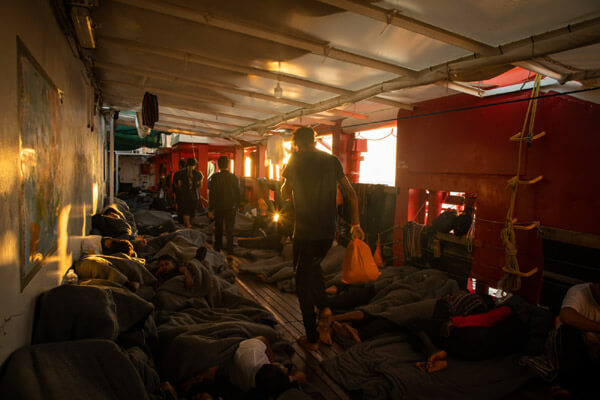 “We have never experienced such levels of serious medical cases on board the Ocean Viking before,” said Xavier Lauth, director of operations for SOS Méditerranée. “The survivors were found on the high seas in unimaginable situations. In a desperate attempt to find safety, they were near death at sea, either by drowning or dehydration. According to maritime law, their rescues will not be complete until they reach a place of safety. The current blockade for their landing must find an end without further delay.

SOS Méditerranée and the IFRC have called on European Members and Associated States to show solidarity, respect maritime law and guarantee fundamental human rights by immediately ending the waiting and suffering of survivors. On September 2, Italian authorities assigned the ship to Taranto as a place of safety for the 459 survivors remaining aboard the Ocean Viking. However, since September 4, the ship has remained offshore awaiting permission to dock.

Europe continues to struggle with the worsening migrant crisis in the Mediterranean Sea, fueled by Libyan smugglers. In June, the UN reported that for migrants, who risk their lives to cross the Mediterranean to Europe on flimsy boats, the crossing has become deadlier. Their figures cite 3,231 deaths reported in 2021, compared to 1,881 in 2020. Since beginning operations in 2016, SOS Méditerranée reports having rescued around 37,000 migrants, including more than 7,000 rescued by the Ocean Viking since it began operating in August 2019. Built in 1986 and measuring 227 feet in length, it is a 2,000 gross ton vessel that the organization charters for its mission.