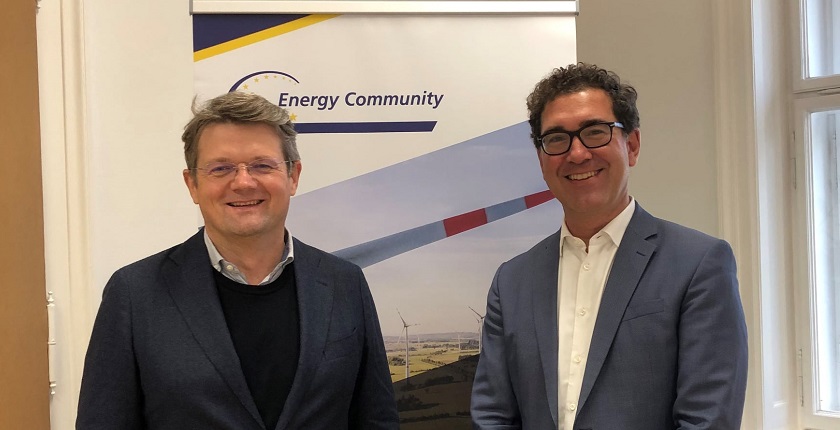 Artur Lorkowski will head the Energy Community Secretariat for the next three years. He replaced Janez KopaÄ after his nine-year term.

His term began on December 1.

Prior to his appointment, Artur Lorkowski was Vice-Chairman of the Board of the Polish National Fund for Environmental Protection and Water Management.

Lorkowski was vice-chairman of the Polish National Fund for Environmental Protection and Water Management, which participates in the initiative for the transition of coal regions of the Western Balkans

On behalf of the Polish government, the fund participates in the Coal Transition Coal Areas in Transition Platform Initiative in the Western Balkans and Ukraine. The platform, led by the World Bank, was launched in December 2020.

In the fund, he oversaw the work of the departments of climate change adaptation, water protection, external funds, zero emission transport, monitoring, restructuring and recovery, LIFE, innovation and public aid.

According to the website of the National Fund for Environmental Protection and Water Management, Artur Lorkowski graduated from the Warsaw School of Economics and the National School of Public Administration.

Between 2018 and 2019, he was the Minister of Foreign Affairs’ special envoy for the climate. Between 2013 and 2017, he was Polish Ambassador to Austria. He has been a member of the foreign service since 2010. Lorkowski was Deputy Director at the Ministry of Foreign Affairs for Energy Security and Climate Change until 2013.

Previously, from 2003, he was deputy director in the office of the Commission for European Integration in charge of sectoral policies. He started working there in 2001.

Artur Lorkowski has been involved in climate change issues since 2006. He advised the President of COP24 at the United Nations Climate Change Conference COP24 in Katowice in 2018 and worked for the Climate Action Summit of the Secretary General of the ‘UN AntÃ³nio Guterres in 2019, according to the National Fund. for environmental protection and water management.


Views of the publication:
2

US, EU Worried About “Problematic” China’s Actions in Contested Sea | News from the European Union