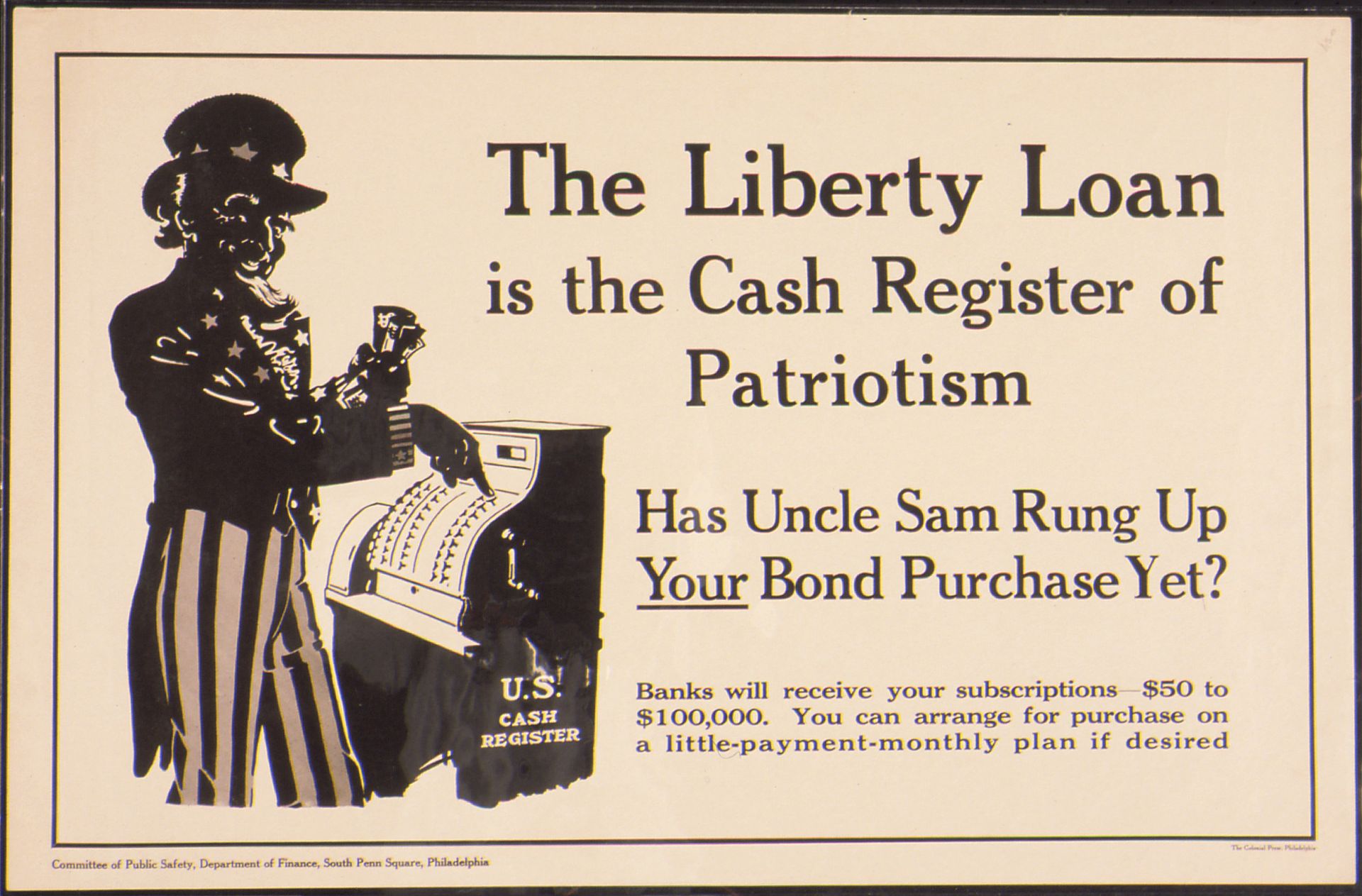 Russia and the West have signaled their intention to engage in a long-term confrontation over Ukraine. While Russia has clearly felt the effect of the sanctions, the EU remains vulnerable to Russian attempts to use energy to divide member states.

After declaring victory over the “economic blitzkrieg” of Western sanctions in March, Russian President Vladimir Putin faces continued Western financial support for Ukraine as it battles Russian forces. Moreover, the Kremlin will be forced to finance the reconstruction and integration of the conquered Ukrainian territory.

With rising costs, Putin increasingly emphasized the need to strengthen the immediate and long-term position of the Russian economy. In April, the head of the Central Bank of Russia, Elvira Nabiullina, said that the Russian economy would undergo a “structural transformation” in the second and third quarters of this year to offset inflation, supply chain problems supply and the reduction of imports.

To assuage domestic concerns about the cost of war, the Kremlin raised the minimum wage and pensions by 10% in May. The initiative also appeared to help stifle any domestic opposition on June 30, when two bills were introduced in Russia’s lower house of parliament, the Duma, to give the Russian government greater control over the national economy.

The first bill will allow the Russian government to compel domestic companies to accept government contracts and provide the goods and services needed for what it calls its “special military operation” to the armed forces. To reassure the business community that this bill would not have a negative impact on them, Deputy Prime Minister Yuri Borissov said the bill “would not provide for the mandatory conversion of small and medium-sized civilian enterprises for the needs of the armed forces”. Instead, the bill would primarily target defense companies that already work with the government.

Even after the agreements are signed, the Russian government will be able to change the terms of any contract. The Kremlin has indicated that without these “special economic measures”, the Russian military campaign in Ukraine risks coming to a halt. After being passed by the Duma on July 5, the bills are now awaiting further scrutiny before they can be signed by Putin.

These measures are part of Russia’s ongoing attempts to stabilize its economy amid growing global economic instability. Despite Western efforts to isolate Russia’s large foreign exchange reserves, the Kremlin is still able to access about half of the $600 billion it has accumulated to protect itself since 2014, after the annexation of Russia. Crimea. Russia has attempted to develop rival payment systems and trade networks with China, promoted “a new reserve currency” for international trade to erode the dominance of the US dollar, and supported other similar measures to protect its economy.

So far, however, the Kremlin’s saving grace has been the drastic increase in energy prices since it invaded Ukraine in February. Even compared to 2021, which saw relatively high tax revenues for the Russian government, collections increased by more than 30% in April 2022 compared to April 2021, despite significant reductions in European demand for Russian energy.

European leaders have called for a more assertive response to global economic instability similar to the decisive actions taken against Russia. On June 13, French President Emmanuel Macron declared that Europe needed a “war economy” to manage the economic fallout from the conflict and strengthen its strategic autonomy. On July 6, the French government announced that it was nationalizing its nuclear company, Electricité de France (EDF). On July 22, the German government provided a multi-billion euro bailout to the main gas importing company, Uniper, which was the country’s leading energy company.

However, these maneuvers are only a reflection of Europe’s wider economic vulnerability through energy. After the United States and China, the 27 EU states form the third largest energy market in the world. Much of their energy supply comes from non-member states, notably Russia. And even though the economic power of the West far exceeds that of Russia, money alone cannot solve the problem of dwindling energy supplies resulting from sanctions and Kremlin initiatives to curtail energy exports. energy.

In Germany, “the complete and permanent shutdown of the remaining supplies of Russian natural gas to Europe” could lead to a loss of GDP of 4.8% between 2022 and 2024 compared to GDP in 2021, indicates a working document from the International Monetary Fund. The German government already moved from level one (“early warning”) of its three-level emergency gas plan to level two (“alarm”) on June 23. Level three (“emergency”) would allow the German government to impose rationing and take control of the allocation of natural gas throughout the country. Austria, Denmark, Sweden, the Netherlands and other countries have also recently increased emergency measures for gas.

The EU has sought to introduce collective energy-saving measures to ease pain between member states and increase institutional solidarity. The July 19 European Commission meeting saw the EU attempt to introduce the right to impose mandatory gas rationing between member states. But such proposals have met with significant resistance from the most pro-Russian elements within European politics and the political class at large.

On July 13, for example, Hungary announced an energy emergency plan that included restricting the flow of gas and other energy sources to other countries in the European energy market. The move drew criticism from EU Energy Commissioner Kadri Simson. On July 21, Spain and Portugal announced that they would not support the EU’s initiative to cut the bloc’s natural gas consumption by 15%.

A German parliamentarian’s suggestion in July that Eastern European countries could share gas with Germany also prompted pushback from several Polish politicians who had previously criticized increased purchases of Russian natural gas. by Germany since the annexation of Crimea in 2014 until 2022.

As energy concerns push European countries to pursue policies of self-preservation rather than solidarity, the EU has suggested ambitious price-cutting initiatives. Alongside the United States, the EU unveiled pressure in early July for a cap on Russian oil prices.

However, this would require, among other things, cooperation with major buyers such as China and India, which already receive Russian oil at a price lower than the market price, as well as coordination with the Organization of the Exporting Countries of oil, which has little reason to take action to lower oil prices.

Previous international efforts to influence oil flows and prices from major exporters, such as the oil-for-food program in Iraq in the 1990s and the 2011 sanctions exception regime in Libya, led to significant exploitation that seriously undermined these programs. Attempts to cap Russian oil prices will likely see the Kremlin use its natural gas reserves to exacerbate the global energy crisis by further restricting gas supplies.

And like the problems faced by Russia’s military-industrial complex, supply chain and production issues have become apparent to Western militaries seeking to support Ukraine’s war effort. In May, for example, stocks of various US missiles had run out, while the Netherlands announced it could no longer send howitzers to Ukraine.

Moreover, Ukraine’s systemic corruption remains a major concern of Western governments providing financial aid to the country. The risk of billions of dollars being wasted will only add to the “Ukraine fatigue” that threatens to erode Western support for Kyiv.

Accustomed to sanctions and economic instability since 2014, the Kremlin believes that Russia’s threshold of economic suffering exceeds that of the West. With winter approaching and energy demand picking up, the EU risks dividing member states over supply tensions. Bringing the war back to European citizens in this way can help Russia achieve a diplomatic breakthrough in the conflict and exposes the limits of the EU in its attempts to supplant the national interests of member states.

This article was produced by Globetrotter.

John P. Ruehl is an Australian-American journalist living in Washington, DC He is the editor of Strategic Policy and a contributor to several other foreign affairs publications. He is currently finishing a book on Russia to be published in 2022.