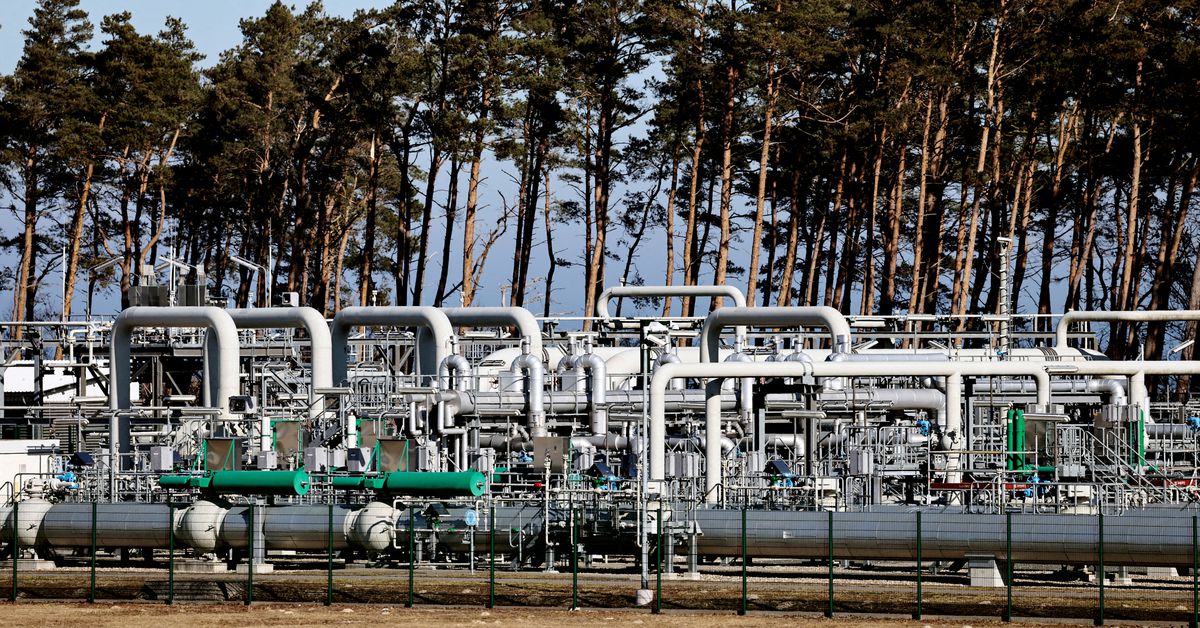 KYIV, July 26 (Reuters) – Russia will again cut gas supplies to Europe, dealing a blow to countries that have backed Ukraine, just as it was hoped economic pressures could ease this week with the resumption of grain exports from the Black Sea.

The first Ukrainian ships could set sail within days under a deal reached on Friday, the United Nations said, despite a Russian airstrike over the weekend against the Ukrainian port of Odessa.

Soaring energy prices and the threat of hunger facing millions in the poorest countries show how Europe’s biggest conflict since World War II, now in its sixth month , has an impact far from Ukraine.

The Ukrainian military on Tuesday reported Russian cruise missile strikes in the south and that Ukrainian forces hit enemy targets. The Russian Defense Ministry did not immediately respond to an out-of-hours request for comment.

Russian energy giant Gazprom (GAZP.MM), citing instructions from an industry watchdog, said on Monday gas flows to Germany through the Nord Stream 1 pipeline would fall to 33 million cubic meters per day from Wednesday.

This is half of current flows, which already represent only 40% of normal capacity. Before the war, Europe imported about 40% of its gas and 30% of its oil from Russia. Read more

The Kremlin says the gas disruption is the result of maintenance issues and Western sanctions, while the European Union has accused Russia of energy blackmail.

Germany said it saw no technical reason for the latest reduction.

Ukrainian President Volodymyr Zelenskiy has warned that the Kremlin is waging an “open gas war” against Europe.

European politicians have repeatedly said Russia could cut gas this winter, a move that would plunge Germany into recession and hurt consumers already hit by soaring inflation.

Moscow says it is not interested in a complete shutdown of gas supplies to Europe.

Prior to the invasion and subsequent sanctions, Russia and Ukraine accounted for almost a third of global wheat exports.

Russian, Turkish, Ukrainian and United Nations officials agreed on Friday that there would be no attacks on merchant ships crossing the Black Sea to Turkey’s Bosphorus Strait and to markets. Read more

Moscow dismissed fears the deal could be derailed by a Russian attack on Odessa on Saturday, saying it only targeted military infrastructure.

The White House said the strike cast doubt on Russia’s credibility and was watching closely to see if commitments would be met.

“We will also continue to actively explore other options with the international community to increase Ukrainian exports overland,” he said.

Russia’s Black Sea Fleet has blocked grain exports from Ukraine since the February 24 invasion of Moscow. Moscow accuses Western sanctions of slowing its food and fertilizer exports and Ukraine of exploiting the approaches to its ports.

A Ukrainian government official said he hoped the first shipment of grain could be made from Chornomorsk this week, with shipments from other ports within two weeks.

Zelenskiy was adamant about resuming trade: “We will start exporting and let the partners take care of the security,” he said.

Russian Foreign Minister Sergei Lavrov, while touring African countries, said there were no obstacles to the export of grain and nothing in the agreement prevented Moscow from attack military infrastructure.

The Kremlin has also said the United Nations must ensure that restrictions on fertilizers and other Russian exports are lifted for the grain deal to work.

The Kremlin says it is engaged in a “special military operation” to demilitarize and “denazify” Ukraine. Kyiv and Western nations say war is an act of unprovoked aggression.

As Western weapons bolster the Ukrainians, Putin’s forces are making slow progress, but are believed to be preparing for a further push east.

Russia did not comment, but its defense ministry said its forces had destroyed an ammunition depot for HIMARS systems. Read more

Will China come to the rescue of Russia?