New Delhi: As the center and some state governments cut taxes on diesel, there was a drop in freight movement in November due to the slowdown in industrial activity.

â€œThe volume of freight moved remained stable at negative one month after the pre-festive October buzz,â€ research and rating agency CRISIL said in a report.

He added that freight rates for transporting essential commodities such as FMCG and FMCD remained relatively resilient in November, but after the holiday replenishment, freight rates for discretionary goods such as auto carriers and textiles are under more pressure.

Freight rates in the mining, cement and steel sectors also suffered some correction as infrastructure construction activity was subdued month over month, but this correction is not not significantly greater than the fall in the price of diesel in the case of cement. 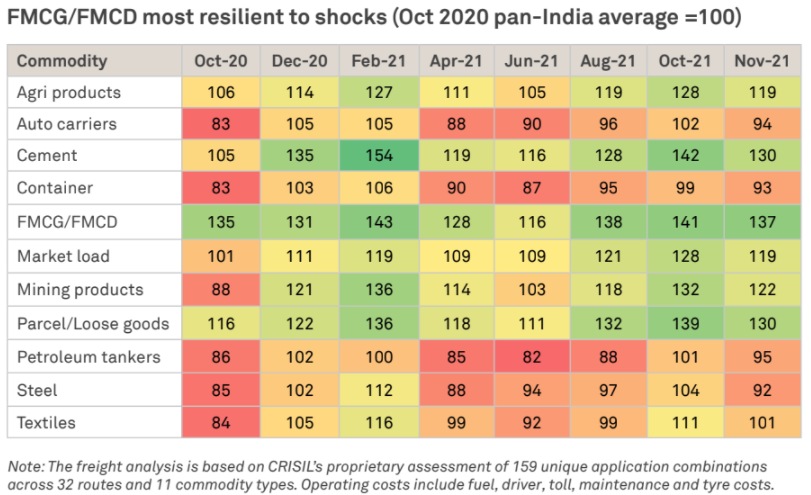 The central government announced a reduction of Rs 10 per liter in the central excise tax applicable on diesel during the first week of November. A few states have followed suit by announcing further reductions in state taxes or value added tax (VAT) on diesel.

While this may seem like a good omen for the profitability of carriers, demand and supply factors also play an important role in freight rates as the freight industry is very dynamic and competitive.

The reduction in excise duties translates into a 3-5% reduction in a carrier’s cost structure. Add in the cropping of VAT rates by a few states, and the reduction would be 4-6%.

Discretionary goods such as autos and textiles are experiencing the largest correction in freight rates – around 10 percent – because shipments have been under pressure. However, mining products like coal, iron ore and limestone, with the exception of cement and steel, experience a slight moderation in freight rates compared to the decline in the price of diesel.