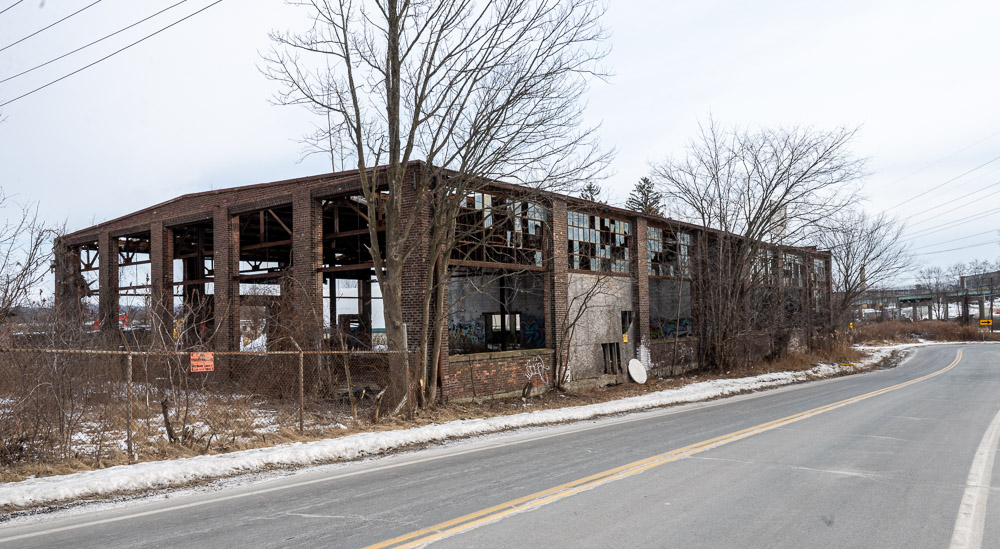 COLONY — This month, cleanup will begin at a former steel mill, abandoned since the mid-1980s, as part of the state’s Superfund program.

The $5.9 million job to clean up inactive hazardous waste at the former Adirondack Steel site at 191 Watervliet-Shaker Road is expected to take eight months. It is currently listed as a “Class 2” superfund site, which “poses a significant threat to public health or the environment”.

The work will include:

• Analysis of samples to ensure that correction objectives are met. Surface water sampling will be conducted to ensure waste disposal addresses the migration of contaminants to surface waters.

• Register an environmental easement to control future land use.

The cleanup will focus on 4.2 acres of the 38.5-acre site at the corner of Lincoln Avenue and Watervliet-Shaker Road, near the Watervliet line.

There are eight dilapidated unoccupied buildings, two of which are located on the designated overgrown cleanup area, the foundation slabs of the original production buildings, and the deteriorating access roads.

The site housed a steel casing foundry from 1918 to 1987. When it closed, according to the DEC, scavengers looking for scrap opened up old transformers left behind and some 3,000 gallons of transformer oil containing PCBs spilled into the ground.

In 1993, the contaminated soils were excavated and stored in a small secure warehouse on site. A year later, the Federal Environmental Protection Agency ordered then-owner Timrnons Corp to consolidate the contaminated soil and put it in another building on the east side of the site, but that didn’t happen. is ever produced.

The EPA completed disposal of what was excavated in 1999, but a condition assessment of the property, which began in 2005, found PCBs at levels above safety standards.

The site is located within one mile of four other sites currently classified as Class 2 Inactive Hazardous Waste Disposal Sites in the New York State Sanitation Program. It is about half a mile north of Al Tech Steel and the former Bearoff property and a quarter mile west of Perfection Plating and what is known as Watervliet Arsenal Siberia Area .

There is a 9 acre unlined landfill at the north end of the site where spent foundry and core sands, kiln slag and refractories and dust from the collector furnace and slag are buried. Previous testing has determined that it does not leak into the environment and is not part of cleaning.

There is a small stream/drainage ditch running through the site which is sedimentary in some places and flows in others and eventually leads to the Hudson River. Part of the site along the ditch is slated for further cleanup under the current plan.

As part of an interim relief measure, from May to July 2009, 2,044 tonnes of hazardous soil and 1,611 tonnes of non-hazardous soil from the edge of the ditch were disposed offsite, according to DEC documents.

A Final Record of Decision was issued in 2010 and part of this work was to prevent hazardous materials from migrating off site.