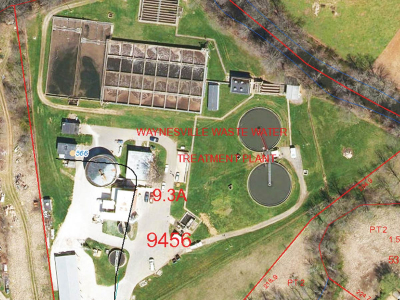 There has been no more pressing issue in Waynesville over the past two administrations than the replacement of the town’s aging sewer plant, but after deftly guiding the project through multiple hurdles over the past five years, the aldermen must now find a way to clean up another big mess. — project bids almost 50% higher than expected.

“I think it’s just a timing issue with the cost of goods and services that’s driven it and I think we need to do a really good job going through every channel we can to get a lower price or obtain additional funding towards this project,” Alderman Anthony Sutton said.

It looked like the half-decade effort to replace the failing plant was finally entering the home stretch, until Waynesville City Manager Rob Hites told the Board of Aldermen on January 11 that the he lowest bid was $28 million, well above $19.4. 26-year interest-free loan the city had obtained to pay for the project, which was to be completed by December 31, 2024.

This loan would be repaid by increasing rates to sewer customers by approximately 50%. Small rate hikes began in 2018 and are about halfway through where they need to be, but the surprisingly high supply would push sewer bills to an unsustainable level.

During that same Jan. 11 meeting, Hites said average bills should be about $46 per month once final rates are adopted, in line with state guidelines that they should be less than $50.

However, if high project bids are accepted without additional funding, those bills could skyrocket to $70 or $80, according to Hites. Since Waynesville also serves the Junaluska Health District as well as the Town of Clyde, these customers could also see higher bills.

“We’re probably getting the best price we’ll get for a few years,” Hites said. “Without help from the state and our politicians, I suspect our sewer bills will skyrocket. Normally we would look for new deals, but the problem is that the ARP and “Build Back Better” contain provisions that if you use federal money, you have to use American steel,” Hites said.

From July 2020 to July 2021, the price of steel made in the United States increased by nearly 300%, mirroring other building products.

“The price of ductile iron pipe has gone up 330% in the last four or five months,” Hites said. “The cost of concrete and steel have skyrocketed. We are not the only city in our region to be blocked in this way. Some of the other cities around us have made offers and are $3 million and $4 million higher than they expected.

Worse still, the state received about half a billion dollars in funding for projects like the Waynesville sewage plant, but more than 90% of that amount was earmarked for distressed communities.

Waynesville is not a “distressed” community, despite fines imposed by the state for the plant’s poor operational history in recent years.

“The state has a list of what they call distressed communities. It would be like Robbinsville, for example. They had a textile factory, the textile factory closed, and they hadn’t done anything to their sewage factory and it’s collapsing. It looks a lot like ours actually,” Hites said. “They have set aside all but $55 million for this list of distressed communities. So the rest of us only have $55 million to split.

“If you’re going to take a small community that has a $20 sewer bill and give them a grant to keep a $25 sewer bill, but then those of us who really negotiated just to our bill is less than $50, we don’t qualify for the grants,” he said. “I don’t think there’s any fairness in that.”

Stuck between a rock and a hard place, the city may be able to borrow more money at low or no interest from the state to fill the gap, but it will eventually have to be repaid through higher bills. for the customers.

“I don’t feel well at all,” he said. “Things haven’t been done in the past that would have lessened the need for this now. We are too far in that we can’t just go backwards because we need to have a working sewage treatment facility. We will do our best to avoid additional charges.

The city’s wastewater treatment facility was completed in 1965 and was updated in 1979, 1984, 1995 and 2001. It is currently certified to handle 6 million gallons per day, but has seen up to 8 million gallons in occasional storms.