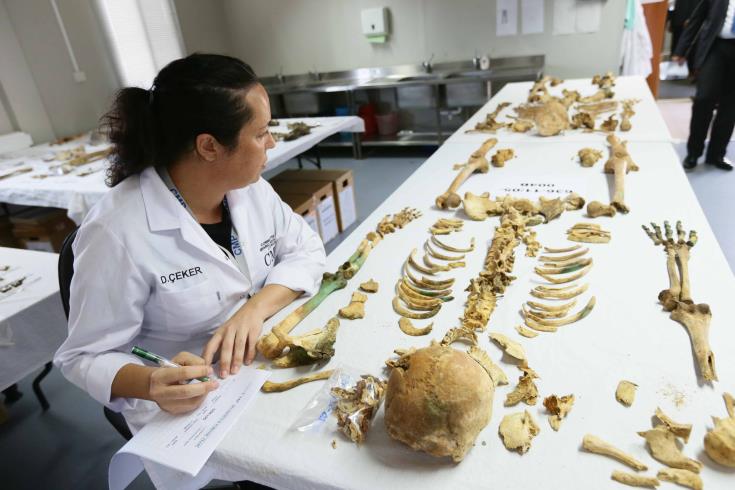 The European Commission has announced that it has signed a new agreement to support the Committee on Missing Persons (CMP), valued at 2.6 million euros.

In a statement, he said that the European Union’s aid program to the Turkish Cypriot community continues to provide assistance to facilitate the reunification of Cyprus and, as part of its efforts, the European Commission has signed a new CMP support agreement.

This is the 13th delegation agreement between the European Commission and the United Nations Development Program, providing an additional 2.6 million euros in support of the work of the Committee on Missing Persons (CMP) for the year 2022, according to the press release.

Since 2006, the European Commission has been the main donor in support of the work of the CMP, with a total contribution of 33 million euros, demonstrating the strong commitment of the European Commission to efforts to consolidate peace and reconciliation in Cyprus. . Since 2006, the remains of 1,020 missing persons have been identified and returned to their families.

The European Commission supports the work of the Greek Cypriot and Turkish Cypriot bi-community scientific teams involved in all stages of the process as well as awareness raising activities. These activities contribute to a better understanding of mutual concerns and promote cooperation between the Cypriot communities.

In addition, the humanitarian mandate of the CMP helps bring relief to the families of missing persons, which is a crucial aspect of the overall reconciliation efforts on the island.