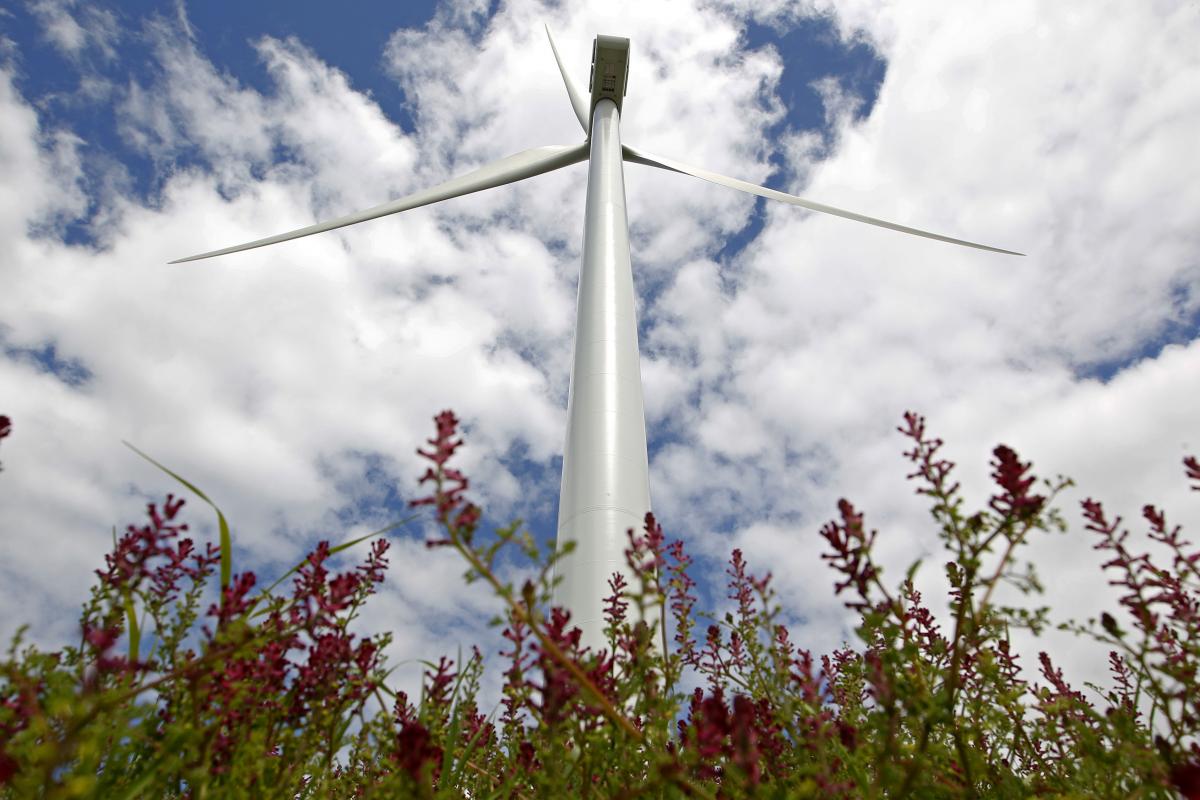 In recent years, the European Union has often been paralyzed by the growing divisions between its Member States. From its seemingly chronic failure to formulate unified responses to challenges as varied as the Eurozone debt debacle, Brexit, rising flows of migrants and asylum seekers and a looming Russia, each new emergency has raised a new chorus of doubts about long-term viability.

Skeptics were about to add the European Green Deal to this long list of failures when it was first unveiled in mid-December 2019. As a flagship initiative of the European Commission under President of Ursula von der Leyen, the agreement aims to make Europe carbon neutral. by 2050, comprehensively overhauling nearly every sector of the continent’s economy in the process. Although there are good reasons to predict that such an ambitious program could cause division and controversy in a union already struggling to find its place, the agreement seems to have instilled in the European project a new sense of unity. and hope. The push for carbon neutrality has traditionally been viewed with more skepticism in Southern Europe and especially Eastern Europe, but the inclusion of tax transfer mechanisms to help weaker economies during the transition has helped to dampen the opposition.

Even as the COVID-19 pandemic has ravaged Europe and captured attention and resources, Brussels has stepped up its commitments to climate change mitigation, codifying many of the goals set out in the Green Deal as legally binding obligations. On July 21, 2021, the EU passed legislation giving the force of law to its goal of climate neutrality by 2050. It has committed to reducing its emissions by at least 55% by 2030 (compared to 1990 levels) and earmarked 30% of its €1.8 trillion seven-year budget and post-pandemic recovery funds for the green transition. To achieve its 2030 target, the EU’s ‘Fit for 55’ package proposes targets, regulations and fiscal measures in a range of sectors, including sustainable transport, energy efficiency, carbon pricing, policy industry, renewable energies and biodiversity.

Polls indicate that Europeans strongly support this green push. The European Commission’s 2021 Eurobarometer survey found that 90% of EU citizens were in favor of reducing greenhouse gas emissions to make the continent carbon neutral by 2050. Data from the survey shows that young Europeans in particular care more about climate change than any other political issue, and their mobilization has pushed leaders to focus on the Green Deal. The political fate of the EU itself now depends on young Europeans recognizing its contribution to solving the climate crisis.

It is striking how quickly climate issues have emerged at the center of European political debate. In recent years, as Europe has suffered from increasing heat waves and devastating floods, its policy has reacted. Elections held during the pandemic, especially in Germany, show that voters’ climate concerns have only intensified. This does not mean that climate and energy have become politically indisputable. As voters focus more on climate change, national political debates over the pace and shape of the energy transition are likely to become increasingly divisive. As the EU finds itself increasingly embroiled in these debates, the European Green Deal will surely face political opposition. If mishandled, it could produce the kind of damage the EU suffered as a result of the eurozone crisis in the early 2010s and the migration crisis of 2015. In both cases, Brussels has does too little to mitigate economic damage and allay concerns, allowing nationalist and anti-EU forces to galvanize support.

If it were to worsen socio-economic disparities, the European Green Deal could fuel grievances and become an ideological weapon in the hands of Eurosceptics, not to mention authoritarian regimes that oppose the liberal West. The 2021 energy crisis, which saw wholesale electricity prices rise by 200% in the first nine months of the year, should serve as a warning. As European countries reopened after the first pandemic shutdowns and governments pumped up their economies with unprecedented fiscal stimuli, demand for energy soared, but supply could not keep pace, investment in fossil sources having been greatly reduced in previous years. Meanwhile, Russia’s patience was running out as European regulators dragged their feet to approve the Nord Stream 2 pipeline, which will deliver Russian natural gas to Europe. As natural gas supplies dwindled, Russia refused to come to Europe’s rescue by increasing its exports to spot markets. The resulting price spike imposed unsustainable costs on low-income European households and small and medium-sized enterprises (SMEs), many of which were already struggling to recover from the economic consequences of the pandemic.

If Europe’s energy transition had started earlier and electricity could hypothetically be produced entirely from renewable sources, the insufficient supply of fossil fuels would not have been a problem. Yet renewable energy sources still provide only 34% of the continent’s electricity. That said, the energy crisis has shown very clearly that the transition will be costly and that these costs are likely to fall most heavily on poor households and SMEs. Commodity markets have often witnessed supercycles, but as this transition will involve reducing dependence on fossil fuels before low-carbon sources can easily fill the supply gap, volatility will inevitably increase. In other words, the recent price spike could be the first of many. And while carbon pricing schemes explain only a small fraction of the 2021 price spike, if fossil fuel prices continue to rise – as indeed they must if the EU is serious about making the ‘climate-neutral Europe’ – they could easily weigh on those who cannot afford low-carbon alternatives. Finally, if a recent proposal to extend the European emissions trading system to the building and transport sectors is adopted in its current form, it could result in the transfer of additional costs to low-income people, worsening fuel poverty and transport inequalities.

If it worsens socio-economic disparities, the Green Deal could fuel grievances and become an ideological weapon.

The political repercussions of various climate efforts by European governments, such as the yellow vest protests in France in 2018, triggered by increased fuel taxes, have been predictable enough. On the streets and on social media, protesters across the continent have argued that while privileged elites worry about the end of the world, millions of their fellow Europeans are struggling to make it to the end of the month. These protesters, however, tended to focus their anger on national leaders. Now that the EU has elevated the green agenda into its mainstream narrative, that seems certain to change. A protest by yellow vests today would likely have a pronounced Eurosceptic twist.

While climate denialism no longer offers European populists much electoral fallout, the regressive socio-economic effects of the energy transition continue to provide them with rich material. Carbon pricing policies, in particular, are easily framed as establishment attacks on workers and SMEs. For Eurosceptic parties, the fact that Brussels is now defending these measures is an unexpected bonus. Eurosceptics fighting with the Green Deal can now hope to kill two birds with one stone, simultaneously rallying opposition to the energy transition and to the EU itself.

As awareness of the socio-economic and political risks of the Green Deal grew, the EU began to react. The Just Transition Fund, adopted in June 2021, aims to mitigate the employment effects of phasing out coal, peat and shale by investing in low-carbon sectors such as energy wind and solar. Meanwhile, the European Social Climate Fund, which was proposed in September 2021, will help low-income citizens adapt to low-carbon livelihoods.

Without such measures to help make the green transition socially and therefore politically acceptable, divisions within Europe – over migration, the rule of law and civil rights, among others – could deepen as a result of the agreement. However, it is not clear whether these measures will be sufficient. The Just Transition Fund provides just €17.5 billion over seven years, which won’t go far in coal-producing countries like Poland. The €72.2 billion allocated to the Social Climate Fund is a significant sum. But considering that Italy alone spent five billion euros in 2021 to help low-income people pay their skyrocketing utility bills, that’s clearly far too little to help 27 country over seven years. To make the transition foreseen in the Green Deal socio-economically and politically sustainable, the EU will have to spend a lot more.

Europe must also regain control of the Green Deal narrative. It is striking how quickly Russian President Vladimir Putin attributed the 2021 energy price hike to the green transition. EU institutions backtracked, arguing that the crisis suggests decarbonisation should be accelerated, not slowed. But communicating complexity is never easy and requires concerted efforts by state institutions, the private sector, the media and civil society. This means openly confronting political trade-offs, countering misinformation and explaining the costs of inaction. The EU must develop a compelling narrative that helps citizens understand and connect not only to the positive end goal of a green Europe, but also to the transitions and trade-offs along the way. It will be a harder story to sell. But given the multi-decade journey ahead, selling it is essential.

Q&A: Minneapolis Mayor Jacob Frey’s priorities as he leads a city in turmoil