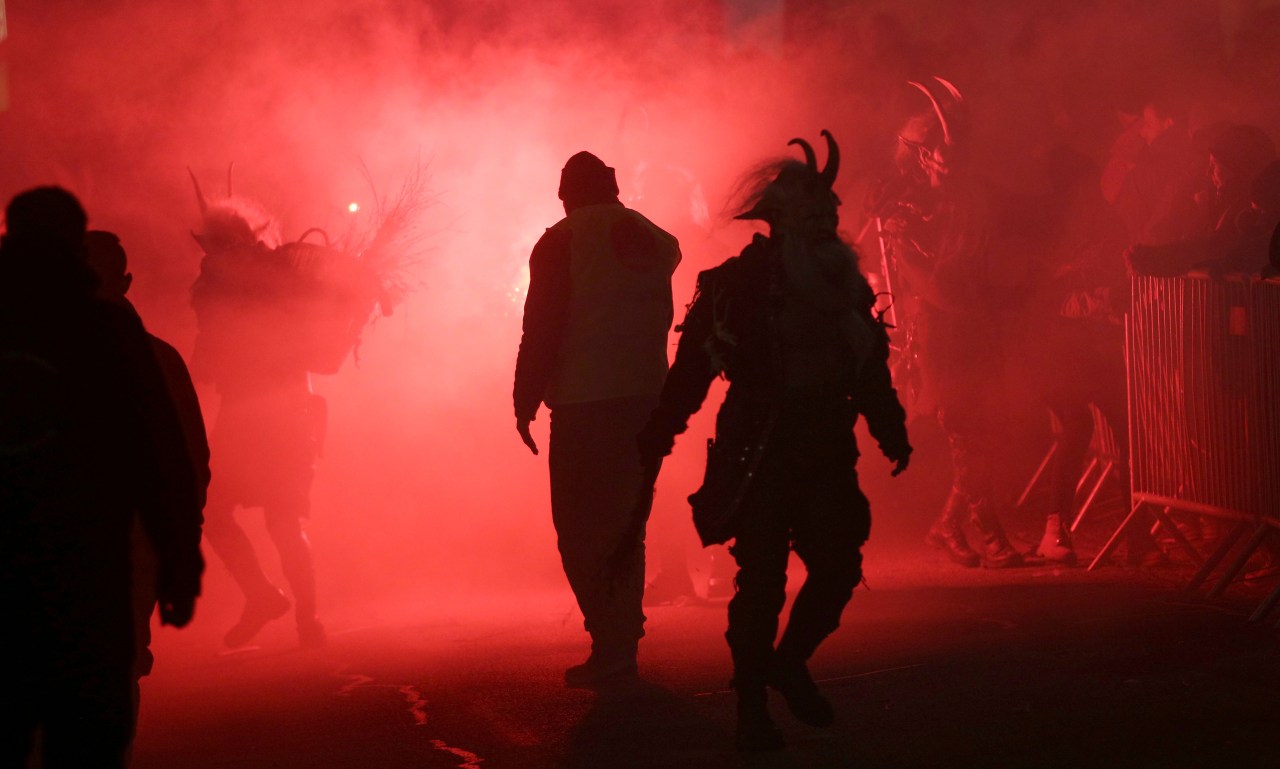 SIOUX FALLS, SD (KELO) – So he’s not exactly an elf. It’s more of a beast. And if you’re mean, getting a lump of coal is the least of your problems.

Krampus. National Geographic in 2018 described this creature from European folklore as a half-demon, half-goat beast with fangs and horns.

The Smithsonian Magazine stated in 2015 the name Krampus comes from the German word “krampen, which means” claw, “and tradition has it that he was the son of the Norse god of the underworld, Hel.

And Krampus, was known to hunt down evil children.

The Catholic Church attempted to ban references to Krampus in the 12th century but failed, according to the Smithsonian.

And the horrible creature finally teamed up with Saint Nicholas, the guy before Santa Claus.

Thus, in Austria and Germany, Krampus is the creature that accompanies Saint Nicholas when the saint offers gifts on December 5 and 6, according to History.com.

Krampus beat naughty children with sticks and twigs, according to historical websites. Some say even being dragged to hell was a possibility.

The spooky creature may not be associated with much Christmas Eve and Christmas.

Yet the fear persists.

Krampus was the subject of a horror film in 2015. And festivals that celebrate or recognize Krampus are held across Europe and the United States.