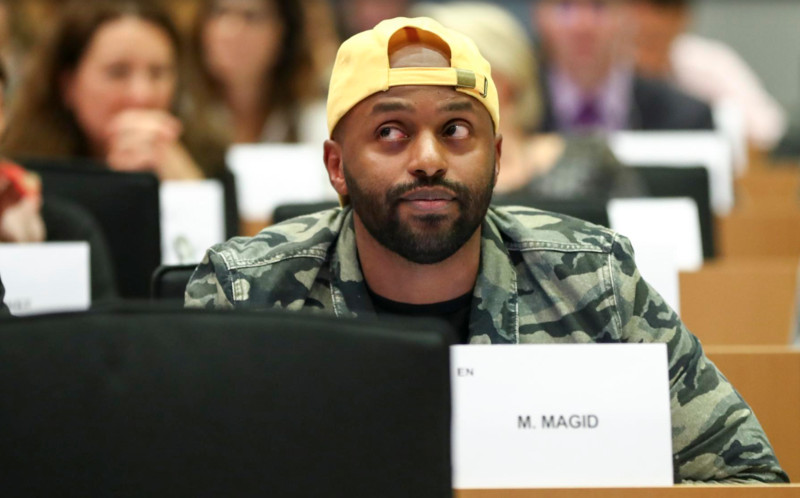 The paradox at the heart of the European Green Deal

Magid Magid describes himself as a “compassionate troublemaker”. This is how he made his mark in Brussels (and beyond) during his short but highly visible pre-Brexit stint in the European Parliament representing Yorkshire and the Humber.

And it is out of compassion, empathy and disruptive ideas that he now draws attention to Justice Union, the organization he founded in March 2020 to push for climate justice for Europeans. of color marginalized.

There is an unspoken paradox at the heart of the European Green Deal, according to Magid.

Black and brown European citizens are generally the hardest hit by environmental degradation, toxic chemicals and pollution. Yet their plight goes unnoticed and their voice is never heard.

“Either European policymakers really don’t care what happens to marginalized communities – who are massively overexposed to pollutants that impact health and well-being – or they are unwilling to do anything about these injustices. “, Magid told me during a conversation on Zoom.

Having first gained fame as Sheffield’s youngest mayor and then speaking to the European Parliament as a member of the Greens, ‘Magic Magid’ is now using his notoriety to shine the spotlight on the different ways Europeans of color can be part of an inclusive climate conversation.

As well as being at the forefront of growing calls for recognition in Europe of the intimate link between the climate crisis, inequality and race, Magid, who came to the UK with his mother, a Somali refugee, when he was five, is also engaged in the broader issue of climate justice for countries in the Global South.

Racism, inequality and climate are interconnected, says Magid. The impacts of the climate crisis are exacerbating existing social and racial inequalities – and climate policies, unless designed with these issues in mind, can make matters worse.

As it moves forward in developing Green Deal policies, the EU must make a conscious effort to recognize the interdependence of racial and climate injustice, and explicit efforts to address it, says- he.

Low-income communities across Europe are on the front line of climate impacts, but receive the least support for prevention, mitigation, adaptation, resilience building or reparations for climate loss and damage. Classes.

Magid’s Union of Justice aims to change this paradigm. With a small team of volunteers, the organization works to train people with the campaigning and public speaking skills they need to get their message out to the general public and lobby their elected officials.

It’s not just about writing reports, but about the need for real research that maps the cumulative environmental impacts of the climate crisis on communities of color in Europe.

Researchers have actively sought to assess environmental risks and their impacts in different regions of Europe. However, data gaps persist, warns Magid. As a result, communities of color continue to be neglected and denied restorative justice for the environmental risks they face.

With that in mind, Magid has embarked on a two-year research project funded by the Open Society Foundation that he believes will lead to a better understanding of the climate crisis and its intersection with racial inequality.

The project will begin by studying the impact of the climate crisis and the EU Green Deal on communities of color in Ireland, the UK, France, Belgium, the Netherlands, Germany, Austria, in Switzerland, Italy, Spain and Portugal. The impact of extractive exploitation that each country has inflicted on the global south due to colonial and postcolonial relations will also be explored.

Magid’s plan is to deliver policy recommendations at regional, national and European level which can then be disseminated by academics, experts, civil society actors as well as frontline community members.

“We will also create and implement an engaging creative communications and audience engagement action plan,” he said. “It will be like the work of a lifetime.”

“I’m very aware that another black person who doesn’t have my background would have a very hard time doing what I do. It’s easy for me to meet people, bring them to me. listen, to basically give me their time,” he continues.

A door remains open to the office of European Commission Vice-President Frans Timmermans and his team. Former colleagues from the European Parliament are also in contact and he is in contact with green networks across Europe.

“We just pushed calls, talked to people, made presentations to universities and other institutions,” he says. “We work with anyone who has an interest in the work we do and in advancing our cause.