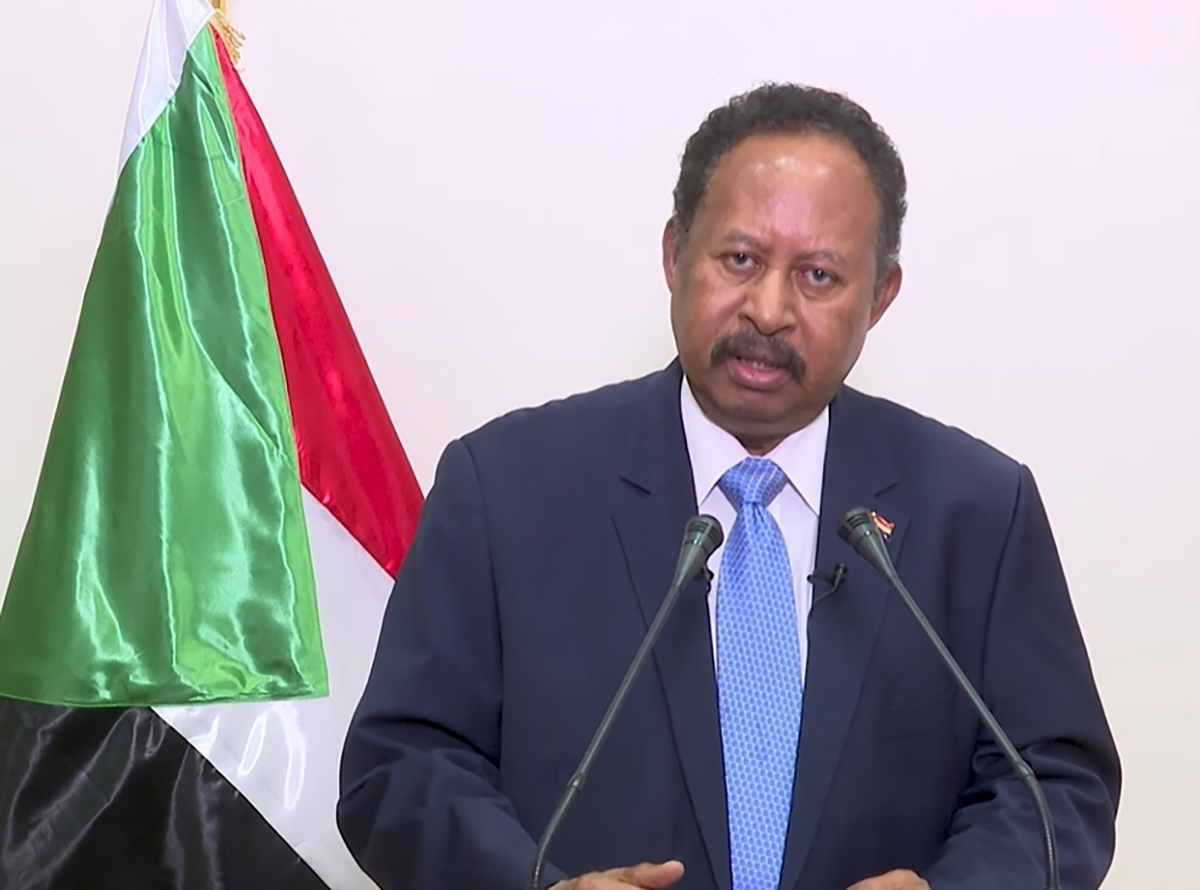 On November 21 last year, then Sudanese Prime Minister Abdalla Hamdouk and General Fatah al-Burhan signed what would prove to be a controversial 14-point political agreement. He aimed to resolve the crisis created by the military coup of the previous month, in which he overthrew the civilian side of the civil-military transitional government. Justified as a way to end the violence, the deal fueled it instead. The peaceful protests that previously opposed the coup have turned into protests against the Political Accord. These protests have grown and the crackdown has intensified, with the security services resorting to even harsher measures than those observed under former President Omar al-Bashir.

Hamdouk made the fateful decision to resign on Sunday, citing his inability to convince the coalition of civilian political parties – the Forces for Freedom and Change (FFC) – of the merits of the political agreement. Hamdouk’s departure means that the last vestige of civilian government has disappeared, leaving a constitutional void in its wake.

The challenge of European decision-makers

Sudan’s international partners had sought to avoid Hamdouk’s resignation, arguing that it was better to work with things in hand – namely the Political Accord, however flawed – than to start from scratch in the middle of a myriad of unknowns. Hamdouk gone, there is no longer a single and legitimate interlocutor on the civilian side. It has been replaced by a diffuse plurality of political parties and structures of protest movements. Even deeper in terms of its implications for the transition is the question of whether the 2019 Constitutional Declaration that gave birth to the transitional government remains the accepted means of governing Sudan for the entire civilian population.

What can Europe do now?

This seismic shift in the Sudanese political landscape requires a major adjustment in international politics. The first instinct of policy makers will be to look for pragmatic options at hand, such as political structures already in place – agreements, official government counterparts, etc. Yesterday’s declaration by the European Union and the troika of Norway, UK and US underscores the continued validity of the 2019 Constitutional Declaration – providing an example of this reflex. Instead, the first step should be to accept any transformative implications this change portends. Bureaucracies need time to absorb such a shift. In the meantime, there are three areas requiring immediate attention: the military; the engagement of the entire civilian population; and mediation.

In this regard, they must condition continued international support for Sudan on the reconstitution of the civilian component of the transitional government – with the crucial caveat that it must have the support of a broad section of the broader protest movement. and political parties associated with civilians. This is important because, otherwise, the military will be tempted to hand-choose a puppet civilian prime minister. While such a ruling violates the 2019 Constitutional Declaration, the constitution has been honored more in violation than in application as the transition has progressed. The justification could be fabricated by the enactment of an emergency law transferring the power of appointment to the Sovereignty Council now dominated by the military. Examples of this international support include assistance that Sudan receives through international financial institutions (IFIs), such as continuous debt relief, but also World Bank programs such as the Sudan Family Support Project. . Taxpayers in G20 countries are endorsing this support – with some European states paying the lion’s share – creating a burden of accountability on policymakers to ensure that funds align with the stated policy goal of supporting a transitional government Sudanese with a trajectory towards democracy. If the military were to succeed in hijacking Sudan’s central bank, where IFI funds reside, and redirecting them for its own purposes, a serious breach of the pact with Sudan’s international partners would occur.

Beyond highlighting the dangers for the government to continue to receive support from G20 countries, policymakers must also identify the â€œsticksâ€. Sanctions should target both individuals who enable political subversion of the military and businesses linked to the broader military economic and security network. An effective mix would combine travel restrictions for individuals with financial sanctions targeting this network. Effectiveness depends on scalability and sequencing of sanctions. Each growing “blow” must offer a new decision point for the military and its enablers: to seek out a stall or face additional pain.

Second, without the Prime Minister, Sudan’s international partners need a new way to engage the broader civilian political electorate. To this end, European policy makers should ask the FFC to form an interim representative mechanism, which must absolutely include the protest movement as well. This should not be presented as the new civilian leadership, but rather be clearly signaled as a short-term ad hoc body for the interface with international partners on the one hand and between the FFC and the broader protest movement of somewhere else. The organization best placed to facilitate this is the existing United Nations field mission, UNITAMS. Here too, policymakers should make it clear that this is an ad hoc crisis response measure. This is to avoid any suggestion that the UN hastily arrogates to itself a broader mediation mandate.

Third, the mediation of a credible, politically important but non-partisan actor is necessary. But before negotiations can begin, the political goals within which a new deal will be negotiated have yet to be set. If the protest movement manages to completely immobilize the government now led by the army, it could fulfill its maximalist demand: the total withdrawal of the soldiers from the future transitional government and their exit from the political life of Sudan. However, some civilian political leaders of the FFC (not the leaders of the protest movements) have already made more intermediate demands; rather than excluding the military from government, they demand a real partnership. Assuming the military can change its calculation in favor of such a partnership, a way will have to be found to close the circle of the protest movement’s maximalist position. The eventual solution may lie in engaging the military as an institution while targeting its current leadership to be held accountable for the wrongs committed under their tenure. Concretely, the counterpart of a revitalized partnership would be for the current leadership of the army to withdraw. In doing so, demonstrable consequences will follow misdeeds while encouraging the possibility for a new military leadership to take a better approach.

The European Council on Foreign Relations does not take collective positions. ECFR publications represent the opinions of its individual authors only.