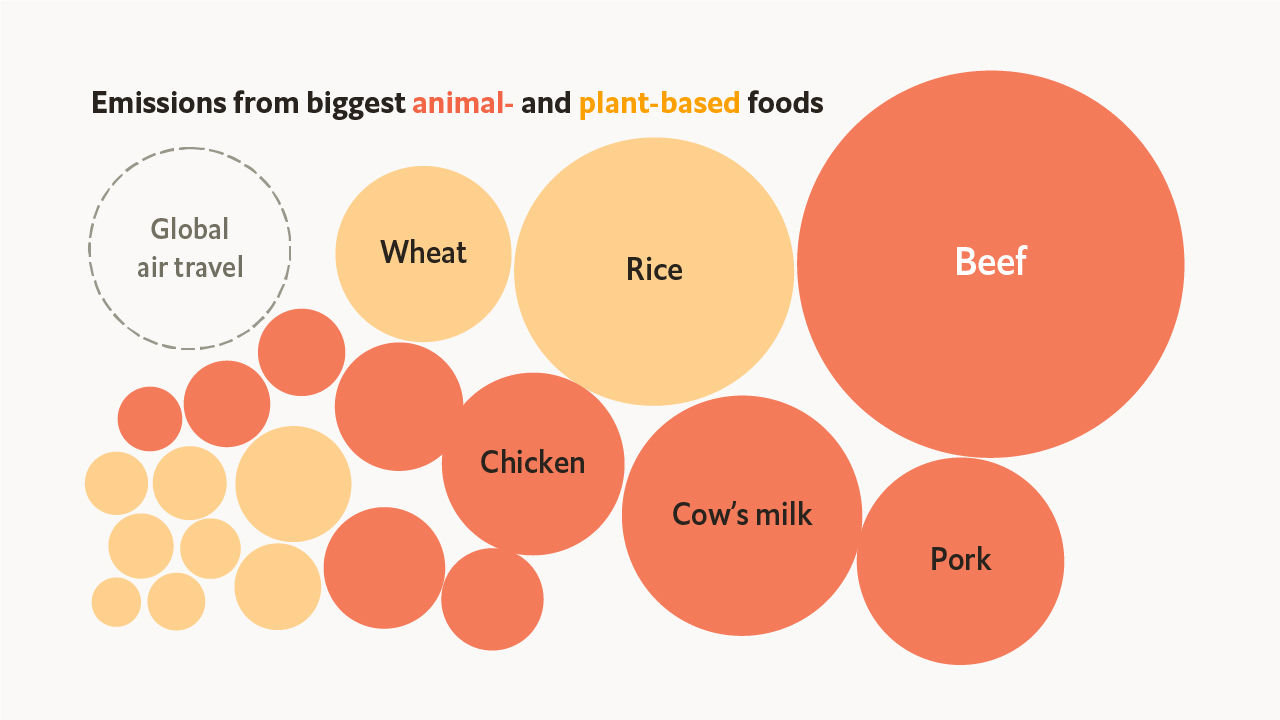 FEW DISH sharpen the palate more than a juicy cut of beef. A survey in 2014 found steak to be Americans’ favorite food. Unfortunately, by cooking so many cows, humans also cook themselves.

Handpicked stories, in your inbox

A daily newsletter with the best of our journalism

The impact of food on greenhouse gases (GHG) emissions can go under the radar. In a survey carried out in Britain last year, the proportion of respondents who said “on-farm plant and meat production” was a “significant contributor” to climate change was the lowest among the ten activities listed . Yet two articles published this year in Natural food find that food, especially beef, creates more GHGs than previously thought. Giving up on steaks can be one of the most effective ways to reduce your carbon footprint.

In 2019, the UNThe Intergovernmental Panel on Climate Change has estimated that the global food system is responsible for 21-37% of GHG emissions. In March, researchers from the European Commission and UNThe Food and Agriculture Office released a study with a central estimate near the top of that range. He attributed 34% of GHGs produced in 2015 for food.

This high share is partly explained by accounting choices. The document attributes the full impact of deforestation to the resulting agriculture; includes emissions after the sale of food (such as from waste and cooking); and counts non-food crops such as cotton. But even when the authors excluded integrated emissions from sources such as transport and packaging, they still found that agriculture generated 24% of GHGs. According to the World Resources Institute, a research group, cars, trains, boats and planes produce a total of 16%.

Another recent article, written by Xiaoming Xu of the University of Illinois at Urbana-Champaign and eight co-authors, breaks this impact down among 171 crops and 16 animal products. He finds that food of animal origin represents 57% of agricultural products GHGs, against 29% for foods of plant origin. Beef and cow’s milk alone accounted for 34%. Combined with the results of the previous study, this implies that cattle produce 12% of GHG emissions.

Compared to other food sources, beef is particularly high in carbon. Because cattle emit methane and need large pastures which are often created by deforestation, they produce seven times more GHGs per calorie of meat like pigs do, and about 40% more than farmed shrimp. This makes beef a more significant outlier among foods than coal among electricity sources: burning coal only generates 14% more GHGs than the combustion of petroleum, another common fuel.

These figures may underestimate the environmental benefits of declining cattle numbers. Methane dissipates relatively quickly, which means past cattle emissions soon stop warming the planet if these animals are not replaced. Such a change could also increase the production of plant-based foods, making the land currently used for growing animal feed available for other crops. It takes 33 vegetable calories to produce one calorie of beef.

The easiest way to cut down on beef production is to eat other animals instead, or to become vegetarians. But convincing carnivores to give up their burgers is a tall order. Fortunately, lab-grown meats are moving from Petri dishes to high-end restaurants (see Technology Quarterly). Going without beef from live cattle is hard to imagine, but so was coal 100 years ago. Cultivated meat could play a vital role in averting a climate catastrophe.■