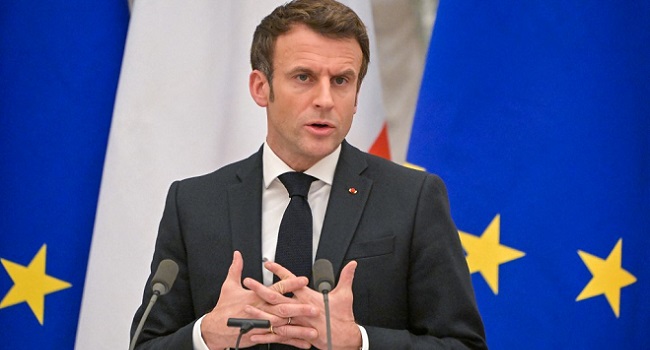 Ukraine’s candidacy for the European Union will take decades, according to Emmanuel Macron –

Emmanuel Macron, the President of France, said that Ukraine’s accession to the European Union will take decades.

In February this year, four days after the Russian invasion, Ukraine began the process of joining the European Union.

However, in a speech to the European Parliament in Strasbourg on Monday May 9, Marcon indicated that pending a decision, Ukraine could join a “parallel European community”.

President Macron said this would allow non-EU countries to participate in the European security architecture in various ways.

Countries often negotiate their EU membership for years, with applicants having to demonstrate they meet a number of requirements, ranging from respect for democracy and the rule of law to a strong economy.

Ukrainian President Volodymyr Zelensky proposed that the EU adopt a special procedure to offer Ukraine immediate membership, but this did not happen.

Later in the day, the French president traveled to Berlin for talks with German Chancellor Olaf Scholz on the EU’s response to the Russian invasion of Ukraine, his first trip abroad since his re-election.

Scholz told a press briefing ahead of the meeting that Russia’s aggression has made cooperation between Paris and Berlin even more critical.

The EU is trying to agree on the sixth package of sanctions against Russia, including a phased ban on oil imports, with longer deadlines for some landlocked states in central Europe.

However, Hungary refused to support the oil embargo, calling it an “atomic bomb” for its economy. Ms von der Leyen traveled to Budapest on Monday to try to resolve the impasse.