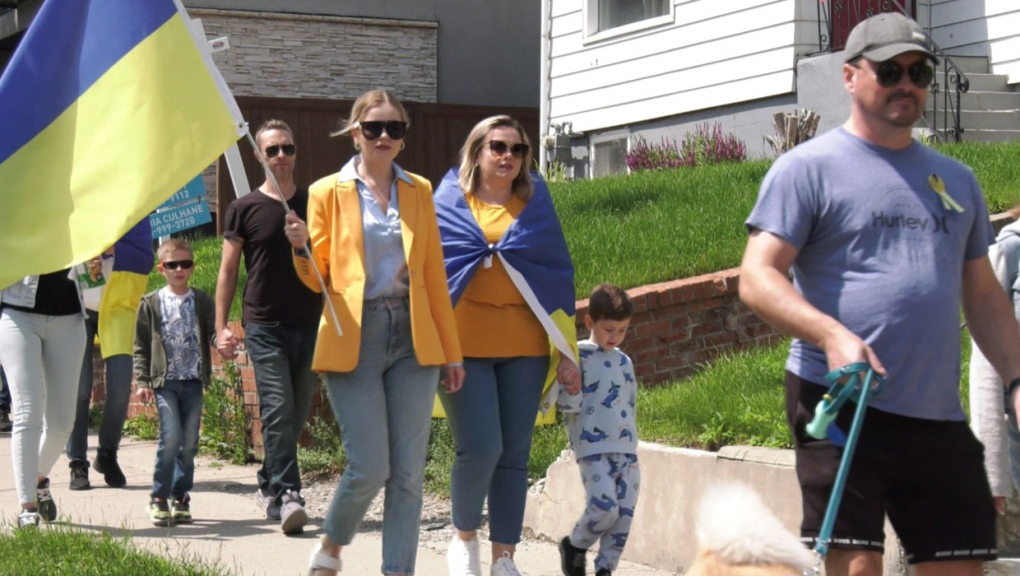 Nearly 100 Ukrainian members of the Calgary community marched in protest calling for the release of Azovstal iron and steel workers, defending Mariupol from Russian attacks.

After months of fighting that began when Russian President Vladimir Putin ordered the invasion of Ukraine in February, citizens are demanding an end to the war and the safe return of their loved ones.

“Our parents, our friends, our boyfriends and our husbands are still here,” said organizer Serafima Serafi.

“For us, it is extremely difficult to overcome it on our own.”

Serafi is a Ukrainian student who arrived in Calgary three months ago. She says she doesn’t want people to get too complacent about the war.

“We are motivating people not to be silent, to remember that the war is still going on and we shouldn’t get used to it,” she said.

The peaceful rally began at St. Vladimir’s Ukrainian Orthodox Sobor, before participants marched in unison, some with their hands tied, illustrating what it is like to be a prisoner.

Hennadii Bondanko flew from Denmark to Calgary just four days ago. He says his brother’s presence in the city prompted him to come to Canada.

The Russian invasion began on February 24. Millions of Ukrainians have since fled the country.