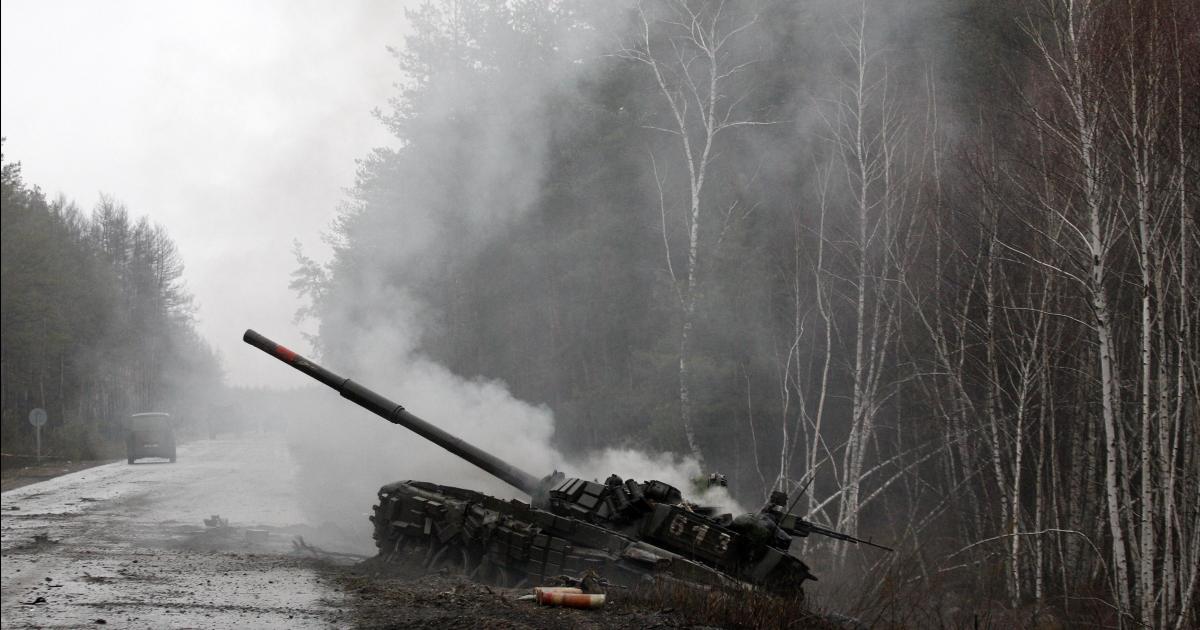 One of the greatest English poets of the 20th century, Philip Larkin, wrote a satirical poem in 1969 criticizing the defense policy of British governments at the time. He said, “When the Russian tanks roll west, what defense for you and me?” Colonel Sloman’s Essex rifles? The LSE Light Horse? “.

Russian tanks never rolled west then, but they do now.

It is relevant to refer to Larkin’s poem given that it was written in the midst of the Cold War, 20 years after the Berlin Airlift and 20 years before the demolition of the Berlin Wall. Today’s Russian military attack on Ukraine is, at least in part, attributable to the end of the Cold War and the immediate consequences of that end. Conflicts such as the Russian invasion of Ukraine have both root causes or what historians call the long run, as well as immediate triggers or contingent factors. If the conflict is to be truly resolved, both must be addressed.

The age-old enmity between France and Germany was not resolved solely by the military defeat of Nazi Germany, but above all by the wisdom and courage of those who sought to eliminate the root causes of the conflict such as Jean Monnet, Robert Schuman and Konrad Adenauer with their creation of the European Coal and Steel Community and the ever closer union between their economies and their peoples.

The collapse of the Soviet Union and then the end of the Cold War in 1989-91 provided an opportunity for Europe to reinvent and restructure its security architecture; an opportunity to treat Russia as a key partner and ally in ensuring security and cooperation across the entire European continent.

The US approach and the broader NATO approach at the time was to effectively expand and isolate the Russian Federation in the security sector. Or at least that’s how it was seen and perceived in Moscow. And as those involved in conflict resolution know all too well, perceptions matter more than reality.

At various times, efforts have been made to bring Russia into the fold of a shared security arrangement. Perhaps the culmination of these efforts was the 2002 NATO-Russia Summit in Pratica di Mare, Italy. However, the 2002 agreement never fully took off, and NATO’s eastward expansion and President Vladimir Putin’s increasingly assertive foreign and military policy led to growing tension rather than relaxation.

On a psychological level, the collapse of the Soviet Union also plays a role in today’s Russian aggression. Putin himself was a KGB agent in Berlin at the time of this collapse and in his autobiography he recounts how he was busy burning secret files to keep them from falling into the hands of the victorious West.

Not surprisingly, he called the collapse of the Soviet Union the greatest calamity of the 20th century. This psychological trauma and feeling of humiliation for many Russians plays a part in today’s tragedy in Ukraine.

These structural and psychological root causes of Russian militarism today partly explain the tragic events of the past week.

They certainly do not excuse Putin’s blatant act of aggression against Ukraine. This is a flagrant and serious violation of the most fundamental principle of the Charter of the United Nations and of international law in general. It is also a crime under international law, which unfortunately will go unpunished.

The international community must unite in condemning Putin’s aggression and take all necessary measures to ensure that military aggression does not succeed.

If the Russian invasion of Ukraine succeeds in annexing even more Ukrainian territory and installing some sort of puppet regime in Kiev, the entire basis of the international legal order established since 1945 will be buried forever.

Imposing severe financial sanctions on those responsible, as well as supporting Ukraine’s inherent right to self-defense, are imperative for the long-term survival of some kind of international legality. However, even a successful defense of Ukraine’s territorial integrity is insufficient to guarantee long-term peace.

To achieve this elusive positive peace, NATO and the EU in particular must fundamentally reassess and rethink the relationship with Russia. Such a structural overhaul is essential to secure long-term peace after all that will unfold in the coming dark days and weeks.

Omar Grech is Director of the Center for the Study of Conflict Resolution at the University of Malta.

Independent journalism costs money. Support Times of Malta for the price of a coffee.