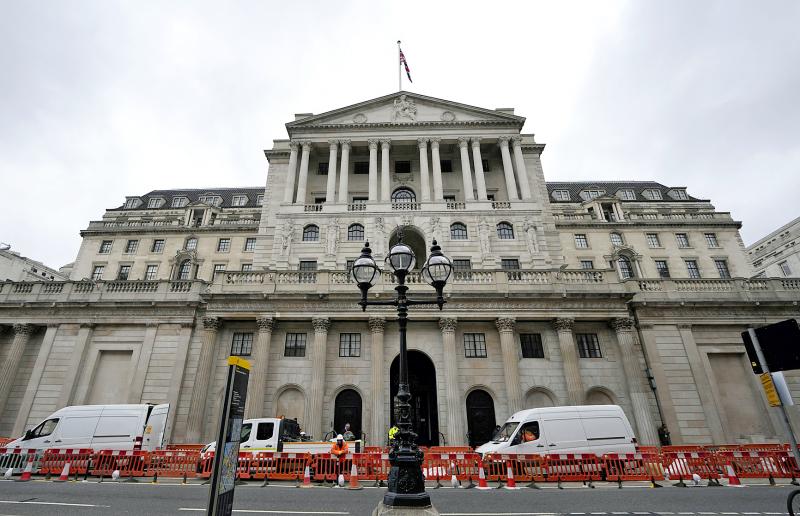 Why Central Banks Get Inflation So Wrong

Central banks need to train experts who can accurately read commodity markets, rather than blindly relying on futures to forecast inflationary moves

Above the Bank of England, a weather vane following the direction of the wind connects directly to a dial in the audience chamber of the majestic building. In the 1800s, bank executives used to meet there and it was crucial to know which way the wind was blowing. An easterly breeze meant that ships, laden with goods such as copper and wheat, would travel up the Thames to unload their cargo, affecting the demand for money in the City of London. West winds meant the opposite.

The weather vane is still there, but central banks have largely lost control of the link between commodity markets and monetary policy. With booming commodity markets driving the fastest inflation in decades, that’s a big deal. Therefore, forecasting inflation this year has become more of an art than a science. What would be the King of Saudi Arabia’s response to US pressure to increase oil production? What will Russian President Vladimir Putin do with Europe’s gas supply? How will Beijing react to record coal prices?

This is perhaps beyond the expertise of any central banker. Instead, most of them rely on rather unsophisticated tools to incorporate commodity markets into their models. Worse is their mechanical use of the futures curve for inflation forecasting. The futures curve is not a forecast of commodity price movements, but rather a snapshot of what the market is willing to pay today for delivery in the future.

It’s one of the reasons the US Federal Reserve, European Central Bank and others got inflation wrong last year. They surmised, by looking at the shape of the price curves, that the worst of the commodity price increases were behind them. Inflation was therefore “transient”.

Wrong. Central banks themselves are aware of this shortcoming. In 2012, the Bank of England published an article on its problems with incorporating oil prices into its inflation model: , not predicting the upward trend in prices between 2003 and 2008 as well as the collapse and the recovery in oil prices since then.

Yet in the same study, the authors argued that the bank should continue to use the futures curve for its forecasts. A reason? It’s easier.

Today, the Bank of England assumes that, for the first six months of this year, energy prices would follow the futures curve and then remain constant.

In a tight market, as it is today, the shape of the futures curve is particularly misleading as a forecast. Take oil: the curve today is a steep downward slope – the so-called offset. This shape means that buyers are willing to pay a premium for rare barrels for immediate delivery.

However, the downward slope does not mean that oil prices are bound to fall. This is just an indication of current demand.

For the Brent oil market, the price difference between the April delivery contract and the December futures contract is US$10 per barrel. A central bank could interpret this as a sign that Brent should rise from US$95 to US$85 a barrel by the end of the year, a harbinger of lower inflation.

Ask any trader in physical commodities and they will tell you how wrong that is. If central banks need a mechanical way to integrate commodity futures into their thinking, the options market offers a better alternative: the price difference between bullish and bearish options contracts – known known as “put-call skew” in the lingo – gives a better idea of ​​what the market thinks is the balance of price risk. The options market right now is signaling that, overall, prices could be higher in the future, not lower.

Which brings us back to the question of expertise.

Major central banks have legions of economists who have honed their skills in an era of unconventional policies: negative interest rates and quantitative easing. Inflation modeling over this century has focused on prices excluding food and energy, removing volatile elements from the economy. This is the exact opposite of what we need now. Mathematical modeling of the latest economic theory might have its uses, but simple demand for commodities exceeding supply doesn’t need extra bandwidth – it needs experienced eyes and ears on the ground.

Central bankers need information on commodity markets. Outside of the Fed, which has a network in the oil and agricultural industries through its regional banks in Kansas City, Missouri, and Dallas, Texas, few other central banks know much about what’s really going on. in the energy, metals and agricultural markets.

If they want to fix inflation this year, central bankers should abandon their complex mathematical models and ask oil companies, miners and farmers what’s going on. They may be surprised.

Javier Blas is a Bloomberg Opinion columnist covering energy and commodities. He was previously commodities editor at the Financial Times and is the co-author of The World for Sale: Money, Power, and the Traders Who Barter the Earth’s Resources. Marcus Ashworth is a Bloomberg Opinion columnist covering European markets. He spent three decades in banking, most recently as Chief Market Strategist at Haitong Securities in London.

This column does not necessarily reflect the opinion of the Editorial Board or of Bloomberg LP and its owners.

Comments will be moderated. Keep comments relevant to the article. Remarks containing abusive and obscene language, personal attacks of any kind or promotion will be removed and the user banned. The final decision will be at the discretion of The Taipei Times.