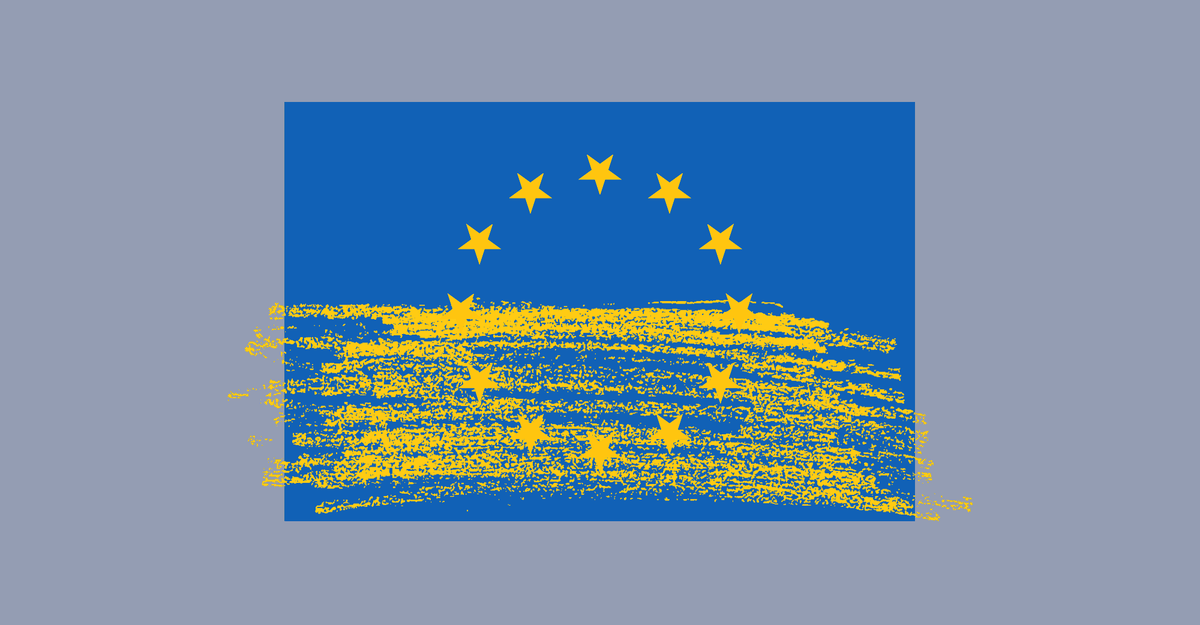 If you want to know how strong the European dream still is, don’t go to Paris or Rome, Brussels or Berlin, go to kyiv. Last October, I visited the city to speak with ambitious young Ukrainians. They told me of their dearest wish for their country: membership of the European Union.

For these young people, the EU meant democracy and freedom, progress and prosperity. When I told them that most students in my home country of the Netherlands find the EU boring and bureaucratic, they reacted in disbelief. Over the past few weeks, I have been thinking a lot about these Ukrainian students. What we take for granted, they and their compatriots are ready to die.

Since the beginning of the Russian invasion in February, millions of Ukrainians have fought not only for their own country, but also for Europe. They gave the EU a powerful reminder of why it was founded in the first place.

After the Second World War, the awareness grew that we must work together; “Never again” has become our motto. What began in 1951 as the European Coal and Steel Community has become today’s EU. But how quickly we got used to it. Every milestone of civilization begins as a utopian ideal, but once the dream becomes reality, we forget how impossible change seemed. And those who forget become complacent.

This is how a union of 28 Member States – today 27 – began to deviate from its ideals. We preached human rights while we violated those of asylum seekers at our borders. We rolled out one austerity measure after another at a time when investment was desperately needed. In northern Europe, leaders lost their sense of solidarity with those in the south, and in the south, democracy was suspended while technocrats took over.

That’s what you get when you think of the EU as a purely economic project, instead of a community with shared values. We have heard German politicians complaining about lazy Greeks, when in reality Greeks have the longest working week in Europe. We have heard Dutch politicians complaining that southerners should collect more taxes, when in fact the Netherlands is one of the biggest tax havens in the world. And we heard Brits complaining about, well, everything before they finally left.

And yet, precisely in the years following the European debt crisis a decade ago, the zeitgeist began to change, helping to remind Europeans of its ideals and potential. Nowhere has this been more evident than in the fight against global warming. A 16-year-old schoolgirl, Greta Thunberg, started a lonely protest next to the Riksdag, Sweden’s parliament, after which a movement was born helping to put climate change at the center of the upcoming European elections.

Scientists told us that a total transformation of the economy was necessary, technically possible, but “unprecedented in terms of scale”. Many leaders around the world have sought to rise to the challenge, and politicians in the United States have coined a catchy phrase to encapsulate what the world needs: a Green New Deal. Americans have always been better than us at talking about hope and change. Here in Europe, we think you have a loose screw if you sing ‘Ode to Joy’, the official European anthem. Preach “God Bless Europe”, as American politicians do for the United States, and we call the doctor. It was no different with climate policy.

In early 2020, Alexandria Ocasio-Cortez read the entire text of the Green New Deal in the House of Representatives. It had been over a year since she introduced the resolution, but someone on Twitter put an epic song on it and it went viral again. The contrast with European Commissioner Frans Timmermans’ Green Deal speech could hardly have been greater. The European Parliament was almost empty when, a few months earlier, it had mentioned Europe’s climate plans. Timmermans read John F. Kennedy’s famous 1961 “Man on the Moon” speech from his phone, which was followed by lukewarm applause and the Speaker of the Legislature, an Italian, mumbling “Grazie, Grazie.”

When it comes to presentation, we could learn a thing or two from the Americans. But when it comes to action, it’s the other way around. The US Green New Deal was a wish list with few practical details. The European Green Deal is an ambitious and elaborate plan that comes in thousands of pages of laws, rules and procedures, the implementation of which has already started and for which there is broad support among Europeans.

To put it bluntly: the EU is light years ahead of the US, and indeed much of the world, in the fight against climate change. The emissions of the average European are lower than half from those of the average American, a gap that has a lot to do with European cooperation. Think of our “Ecodesign” legislation, which obliges manufacturers to make their products more sustainable. The effect was gigantic; in 2020, it saved more than 1,000 terawatt hours of energy. This is equivalent to the closure of more than 250 coal-fired power plants.

Look at our seemingly boring “emissions trading system”, the largest in the world; it now covers more than half of the European economy and is beginning to function better and better. Or take our rail network, one of the most tightly integrated in the world. If anything embodies the European dream, it is train travel. France began operating its first high-speed TGV trains in 1981; 40 years later, the United States still does not have a single high-speed line. Consider also the design of our cities. Copenhagen and Amsterdam are two of the best cycling cities in the world, and metropolises like Paris, Barcelona and Milan now have sweeping plans to give back their streets to pedestrians and cyclists.

Silicon Valley develops the algorithms that make us click on as many ads as possible and Wall Street the financial products that brought our economy to the brink of collapse. European innovation is more sustainable.

The price of solar and wind energy has dropped drastically in recent years, the result of political decisions…European political decisions. Thanks to the German Energiewende, solar energy has become much cheaper. Or take the Danish wind industry, which builds the largest wind turbines in the world. This modern white wind turbine with three blades? This is called the “Danish concept”.

Europe is also leading the way in international cooperation. The EU played a major role in establishing the Kyoto Protocol of 1997 and the Paris Agreement of 2015. As the largest economic bloc in the world, the EU has the power to enforce global standards . Political scientists call this the “Brussels effect”: if we write a law prescribing that, for example, refrigerators must consume less energy, manufacturers all over the world are forced to follow this law, because it is too expensive to manufacture different versions of each product. They would rather make one that meets the standards of the largest single market on the planet.

So maybe we need to borrow catchy terms like Green New Deal Americans, and quoting a JFK speech when you have something cool in mind. And a lot is still wrong in Europe: we have become dependent on cheap Russian gas, have neglected our defense and have too often blamed the failures of our national politicians on the “eurocrats” in Brussels.

The new generation realizes that Europe can and must be a beacon for the world; that the era of visionless austerity is over and we need to start investing at scale; that we need solidarity between rich and poor, young and old, north and south, east and west; that there is no inevitable compromise between national sovereignty and European integration, but that we all become stronger if we work together. Our remarkable progress in the fight against climate change illustrates not only our technical prowess in setting standards and refining regulations, but also our values ​​of investment, solidarity and cooperation.

Let’s not forget that the Russian invasion of Ukraine and the annexation of Crimea in 2014 started after kyiv moved forward on an Association Agreement with the EU. Ukrainians had a simple choice between the dictatorial model of Vladimir Putin and the democratic model of the EU. This choice was made easily. Prior to 2014, Ukrainian exports were evenly distributed to the EU and Russia; in the years that followed, exports to the EU doubled and those to Russia shrank. More and more Ukrainians traveled to EU Member States, not least because visas were no longer required.

Ukraine, in short, has chosen Europe. And Putin found that intolerable. Now it’s up to us to choose Ukraine. Yes, normally the path to EU membership is long and complicated, and for good reason. But these are not normal times. Millions of courageous Ukrainians have reinvigorated the European ideal of freedom, democracy and cooperation, and many have paid for it with their lives.

We owe it to our values ​​and our principles to stop importing Russian gas as soon as possible, to support the Ukrainian struggle for independence in every way, to generously welcome refugees and to launch a European Marshall Plan – it There’s another American term we can borrow – to rebuild Ukraine after the war is over. Finally, we must open the door for Ukraine to join us in the EU.

This piece is adapted from an essay originally published in Dutch the The correspondent.

US sees indications Russia is seeking to recruit ‘over 60,000 troops’, defense official says